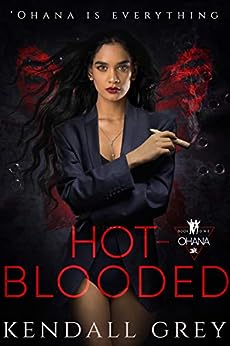 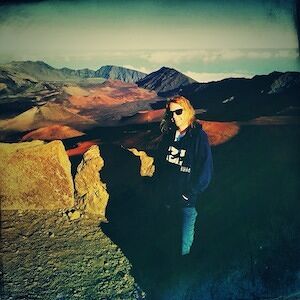 A whale warrior, indie freedom fighter, and vodka martini aficionado, Kendall Grey is calm like an F-bomb*. She writes about fierce women and the men who love them. Her aliases include Kendall Day (FALLING FOR MR. SLATER) and Seven Slade (COMING OUT). Kendall lives off a dirt road near Atlanta, Georgia, with three mischievous Demonlings, a dashing geek in cyber armor, a long-haired miniature Dachshund that thinks she's a cat, and an Aussie shepherd mix whose ice-blue eyes will steal your heart and hold it for ransom. *Detonation manual not included. --This text refers to an out of print or unavailable edition of this title.

4.5 out of 5 stars
4.5 out of 5
115 global ratings
How are ratings calculated?
To calculate the overall star rating and percentage breakdown by star, we don’t use a simple average. Instead, our system considers things like how recent a review is and if the reviewer bought the item on Amazon. It also analyses reviews to verify trustworthiness.

Gtr33gurl
5.0 out of 5 stars WOW!!!
Reviewed in Australia on 17 July 2014
Verified Purchase
This book was different from Kendall's usual reads it was dark and twisted and had a bad ass heroine with plot twists around every corner you never knew what was gonna happen next I was on the edge of my seat def shed tears 3 times in this book was very heartbreaking at time the legends the mysteries the Aha moments and I'm hoping there's another book as I need more Kea great work Kendall you are an amazing author!!!!
Read more
Helpful
Report abuse

KA Matthews
5.0 out of 5 stars LOVE THIS BOOK!! *** Highly Recommended***
Reviewed in Australia on 19 July 2014
If you're a fan of Kendall Grey's from her Hard Rock Harlots series, this book is a complete departure from that...but don't let that stop you from reading HOT-BLOODED. This book is a mixture of love/hate, action/adventure, good/evil, HOT sex that goes places I've never read before. It includes Hawai'ian lore that gives it a supernatural background, but is written in such a way that it makes sense that it would be a part of it.

This story takes you through so many twists and turns you never see coming, but the common thread that ties all the characters together is LOVE. Love for their "Ohana (families) in whatever form that takes, and what lengths they will go to to protect them.

The romance between the two main characters, Keahilani and Blake, is as unconventional as you can get but probably the most explosive one you've ever read. Let's just says their relationship can give the volcanoes of Hawai'i a run for their money.

As this story progresses, it starts to take on a very sinister tone and really drives some of the characters to levels they didn't know they could go, and by the end I just sat there with my mouth open, saying, "This can't be the end, it can't end this way!"
This is a standalone book, but I am sure Kendall Grey can take us on so many more exciting, crazy trips. I'll be first in line to get my ticket, you should be too! This book is truly an amazing adventure, and I highly recommend you start with HOT-BLOODED!!
Read more
Helpful
Report abuse
See all reviews

KFF
4.0 out of 5 stars A dominant and outstandingly beautiful woman who will stop at nothing to protect ‘Ohana
Reviewed in the United Kingdom on 17 September 2014
Verified Purchase
Reviewed by Sharon Thérèse Nuttall on behalf of Kindle Friends Forever.

This is a mythical read overflowing with undercurrents of tension. Passion lies within Keahilani Alana’s strong family ties and an illegal inheritance which was discovered after Mahina, her mother, died tragically, and has to be safeguarded come what may for the survival of them all. A dominant and outstandingly beautiful woman who will stop at nothing to protect ‘Ohana,’ the family, is not your typical heroine by any means. Her many facets are entwined into Hawaiian culture, and come alive in this story’s intricate plot where twists and turns abound. Thus, it is a book to be savoured and not read quickly.

'Fire from heaven suited both her personalities well.'

Even though Keahilani mourns her mother, the strong bond she had with her continues to live in her mother’s spirit in the form of a butterfly. When she comes across her mother’s memoirs, every unimaginable secret unfolds causing even more heartbreak and she vows never to do what her mother had done. Don’t expect any lovey dovey romance in this standalone novel because it just doesn't exist! The sex scenes are impeccably described, extremely hot, and tempestuously conflictive for her since she wants complete and utter control over her feelings regardless. Her need to carry on her mother’s legacy, her responsibility to keep her three brothers safe in a business that is far from legit, is much stronger than any rendezvous. They all love surfing. Not only is it ingrained in their genes, but you’ll also be able to envisage one of the character’s need to find that big wave that surfers dream about.

'Grinning ear to ear, hands raised in a victory pose, he lived his dream while I prepared to kill my nightmare.'

Their above board surfing business, excuse the pun, offers classes and she reluctantly gives a class to Blake Murphy. He wants lessons; he wants her in the literal sense of the word, too! Little do either of them know that their paths are going to cross later on in the story under circumstances far from pleasant. She likes Blake Murphy; however, she doesn't trust him as far as she could throw him. Okay, he might be gorgeous, but he’s certainly not trustworthy. He’s a paid assassin for a drug cartel with a job to do. He has to investigate a new drug organisation, report back to the only man he considers a friend; a nasty piece of work might I add, and take matters further when the puzzle comes together. And what a puzzle it is folks!

"I'm gonna f**k you, Kea." Double entendre if there ever was one.

It is plain to see that the author has really gone to a lot of trouble to write a book with such an outstanding plot. And despite my total ignorance regarding Hawaiian culture, after finishing this read, I did feel a little more knowledgeable. Get ready for crude language, harsh and aggressive scenes that will leave you aghast, and moments of utter despair. Apart from the suspense which is gripping at all times, what impressed me most was how all the author’s character’s traits and physical appearances were described down to the smallest detail. The ending left me pondering for a while! Could there me more from where this came from? There is no doubt whatsoever that a follow-up would be perfectly feasible. Ms. Grey, you are a very skilful storyteller. Bravo!

'Ohana is everthing. It damn sure was. An 'ohana hadn't been the same without Mahina.'
Read more
One person found this helpful
Report abuse

lynn newman
5.0 out of 5 stars Ohana is 5 Stars +
Reviewed in the United Kingdom on 17 July 2014
Verified Purchase
When I started reading this eagerly awaited book, and the first thing to read is a glossary of terms to help understand, I panicked a bit - not got the best memory! But after 2 checks , I didn't need to check back. This a brilliantly written book, that I would not even try to lump into a category. Every page brought a new Suprise and shocks. If there's one thing that any Kendall Grey book will guarantee to you, is that it will always deliver a sucker punch at some point right between the eyes & Hot Blooded is no exception. If you read reviews before buying, fair play to you, but I will never leave spoilers only a guarantee that if I give a 5 star rating - I certainly mean it!
Read more
One person found this helpful
Report abuse

miss n
5.0 out of 5 stars Blown away!
Reviewed in the United Kingdom on 16 July 2014
Verified Purchase
I have read all Kendalls books so far and this one was completely different to her others but still brilliant! I was hooked from the start and the suspense kept on building as the story progressed. It's not your typical sappy romance and I was blown away by the end, I'm still thinking about it today! If u want something different to read that has strong characters, a storyline that will mess with your head a little and stay with you after your finished this is definetly the book for you! Great writing Kendall, can't wait for your next book!
Read more
One person found this helpful
Report abuse

Kindle Customer
5.0 out of 5 stars Hot-blooded
Reviewed in the United Kingdom on 10 March 2015
Verified Purchase
I gave this book a five star as it was brilliantly written he gave a great insight into the beautiful mystical world of Hawaii although it was quite dark in places I loved it I love the main characters and was very disappointed when one of them died I was hoping someone would save him it had passion and mystery and just the right ingredients for a great book can't wait fir the next one the book would be suitable for someone that loves that romance and excitement as well a slight darkness in a book.
Read more
One person found this helpful
Report abuse

chelle73
5.0 out of 5 stars tOTALLY LOVED THIS BOOK COULD NOT PUT IT DOWN !!
Reviewed in the United Kingdom on 17 November 2014
Verified Purchase
Well have had this a while on mt tbr list so cleared this weekend so I could read as from past experience I knew with one of Kendalls books this book would not disappoint. I started this book and was hooked from the first page . Kendalls description of the characters and the surroundings made your imagination think you could almost be there in maui and by the sea with sand between your toes. Like her other books attention to detail helps the imagination work its trick getting your mind involved with the story and its characters. I totally am in awe with this author and truly cant wait until the next episode to come my way.
Read more
Report abuse
See all reviews
Back to top
Get to Know Us
Make Money with Us
Let Us Help You
And don't forget:
© 1996-2021, Amazon.com, Inc. or its affiliates