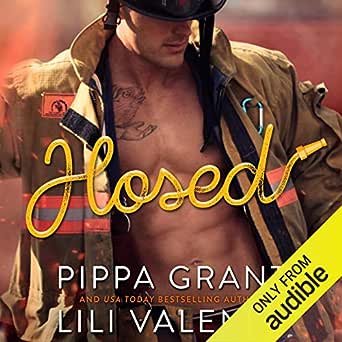 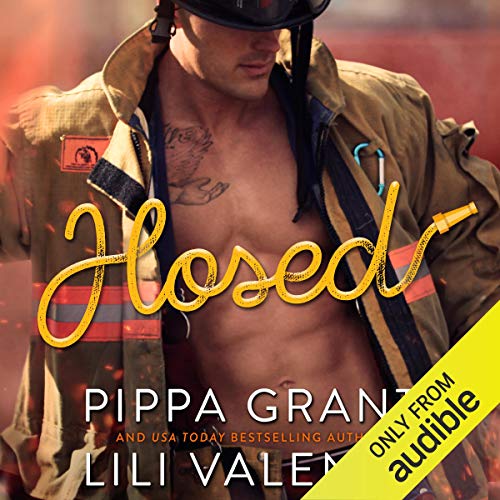 5Star
TOP 500 REVIEWER
4.0 out of 5 stars Another great read by Pippa
24 January 2019
Format: Kindle EditionVerified Purchase
Pippa Grant is a one click for me. Her books are always well written, funny and engaging with fantastic characters. This was no exception. Cassie returns to her quaint home town full of quirky characters and one hot fire fighter, Ryan, to help run her sisters adult shop. As you can imagine there is some crazy antics, ridiculous and runaway town gossip all via InstaChat, a mystery to solve, a thieving raccoon called George Cooney, a sheep loving ex-brother in law and of course a love story. Cassie is smart, caring, funny and super supportive of her sister. She deserves her HEA with Ryan, who is gorgeous, funny and protective though of course he does have a couple of moments of stupidity to overcome. A Great read.
Read more
One person found this helpful
Helpful
Comment Report abuse

Iza Loves Books
TOP 500 REVIEWER
3.0 out of 5 stars Not for me
9 September 2019
Format: Kindle EditionVerified Purchase
Normally I love the books by these authors, but I struggled with this one. It wasn't poorly written or anything like that, I just couldn't get into it at all, no matter how hard I tried. This won't stop me buying more books by these authors as I normally love them. This was just one story I didn't. I thought with the start to it, that I'd love it, but sadly no.
Read more
Helpful
Comment Report abuse

Allirra
5.0 out of 5 stars So funny and descriptive!
31 May 2019
Format: Kindle EditionVerified Purchase
So funny! Such an amazing story! So descriptive you just fall in love with the characters and the town.
Read more
Helpful
Comment Report abuse

Lissanne
TOP 500 REVIEWER
5.0 out of 5 stars A delicious, funny rom-com!
15 January 2019
Format: Kindle Edition
This rom-com was utterly delicious and hilariously funny! Cassie Sunderwell is back in her hometown, looking after her child star sister's sex toy factory, after Savannah finds out her husband has been cheating on her... and not with another human. She's a games developer who's shy about sex, so running a sex toy factory isn't exactly her idea of fun.

Ryan O'Dell is one of the town's firefighters who happens to live next door with his rather unusual pet: a raccoon (and his name is as funny as the raccoon himself is!). He doesn't recognise Cassie at first, because it's been years since he's seen her, but the more time he spends with her the more he wants her. However, he doesn't think she's interested, but it isn't long before they're going on dates and being interrupted by the sex toy stealing raccoon.

With a hero and heroine who are both adorable, a small town with supporting characters who are amusing and nosy, a scene stealing raccoon and a romance that will melt your heart, there wasn't anything I didn't like about this book and I look forward to the next collaboration between these two authors.

Em Jay Reads
TOP 100 REVIEWER
4.0 out of 5 stars This love story between Cassie and Ryan is sweet, sexy and utterly swoony!
15 January 2019
Format: Kindle Edition
Welcome to Happy Cat, Georgia, USA! A quirky little town inhabited by some quirky, albeit loveable characters as well as being home to a sex toy factory that has the locals divided about the respectability of said business.

When Cassie Sunderwell temporarily returns to town, not only is she plunged into managing her sister’s sex toy factory, she finds herself with Ryan O’Dell as her next-door neighbour. Yes! The Ryan O’Dell she has a teenage crush on. The Ryan O’Dell who broke her heart and influenced her future relationships … or rather non-relationships.

This love story between Cassie and Ryan is sweet, sexy and utterly swoony! I enjoyed the time Cassie and Ryan spent together; they took the time to go on dates, share their thoughts, and get to know one another. And we’ll have to give Ryan kudos for one hell of a grovel scene. Ten out of ten, Mr. O’Dell.

Do towns like Happy Cat exist? If so, I truly want to visit and just observe. There are several amusing offbeat characters and yes, a special mention must go out to the raccoon, George Cooney. He really is not just a pet, but a town personality in his own right. His escapades are hilarious, and dare I say, worthy of their own story??? Once you finish HOSED, do not forget to download the bonus epilogue for more Cooney tales.

Lisa Hines
TOP 500 REVIEWER
5.0 out of 5 stars Review: Happy Cat 1: Hosed
19 March 2019
Format: Kindle Edition
Hosed by Pippa Grant & Lili Valente is their first co-written book in the Happy Cat series. Set in the town of Happy Cat and centralized around the Sunshine factory and the Sunderwell sisters this story is quirky, dramatic, entertaining, funny and a little bit nail-biting.

Ryan's first glance at Cassie since her return is outside the sunshine factory after a lube fire mysteriously started. She is older now, matured from the young 16 year old he last remembers. Older, more beautiful, enigmatic and really not happy with him. Having no idea what she is mad at him for he figures he'll get a chance to work it out. She is staying at her sisters place which is next door after all. With a little help from George Cooney, his rescue racoon, he has high hopes.

With an underlying current of danger, the story also is romantic and funny. Just the right blend of everything from one of my favorite authors and someone I'm eager to read more of. Enjoy!
Read more
Helpful
Comment Report abuse
There are 12 customer reviews and 13 customer ratings.
See all 12 customer reviews
Write a customer review
Get FREE delivery with Amazon Prime
Prime members enjoy FREE Delivery and exclusive access to movies, TV shows, music, Kindle e-books, Twitch Prime, and more.
> Get Started
Back to top
Get to Know Us
Make Money with Us
Let Us Help You
And don't forget:
© 1996-2020, Amazon.com, Inc. or its affiliates