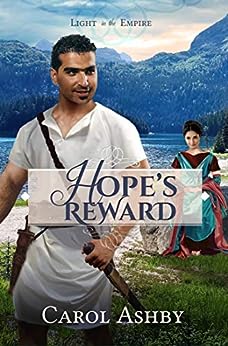 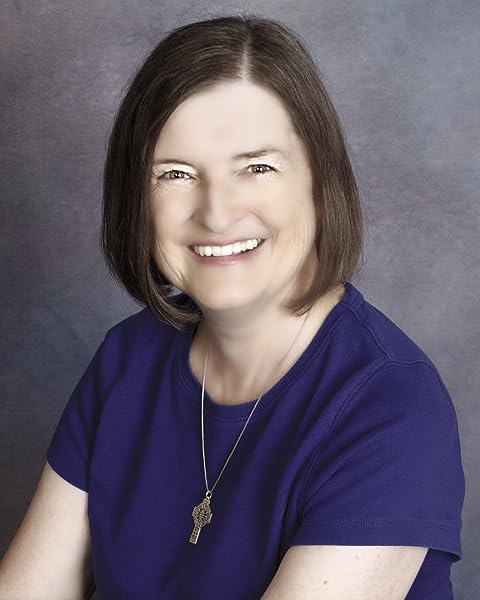 by Carol Ashby (Author) Format: Kindle Edition
See all formats and editions
Sorry, there was a problem loading this page. Try again.
Must the secrets we hide destroy our hope for a future?

For a gladiator slave, each time you step on the sand, it’s kill or die. When Ursus decides to follow Jesus, he must choose to die the next time he’s ordered to fight…or run away. He runs, taking again his childhood name, Matti. But he isn’t just trying to escape. He’s running to Thessalonica, where he hopes to find other Christians like the woman who led him to faith.

When Felicia’s new husband, Falco, almost kills her in a fit of rage, her uncle won’t help her end the marriage with his business partner. He will send her to her sister in Thessalonica, but only if she tells no one she plans to divorce Falco and demand her dowry back before she gets there. When Matti interrupts a robbery too late to save Felicia’s money for traveling by sea, he offers to bodyguard and escort her overland to their mutual destination.

After Matti risks everything to save her from Falco’s assassins, Felicia fears taking the danger to her sister’s family. When his Christian friends take them in, she discovers the deepest desires of her heart. But will the secrets of Matti’s past make a future together impossible?

Hope’s Reward is the ninth volume in the Light in the Empire series, which follows the interconnected lives of five Roman families during the reigns of Trajan and Hadrian. Each can be read stand-alone. The eleven novels of the series will take you around the Empire, from Germania and Britannia to Thracia, Dacia, and Judaea and, of course, to Rome itself.

Carol Ashby has been a professional writer for most of her life, but her articles and books were about lasers and compound semiconductors (the electronics that make cell phones, laser pointers, and LED displays work). She still writes about light, but her Light in the Empire series tells stories of difficult friendships and life-changing decisions in dangerous times, where forgiveness and love open hearts to discover their own faith in Christ. Her fascination with the Roman Empire was born during her first middle-school Latin class. A research career in New Mexico inspires her to get every historical detail right so she can spin stories that make her readers feel like they’re living under the Caesars themselves.

Set during the reigns of Trajan and Hadrian, her Light in the Empire series will take you around the Empire, from Germania and Britannia to Thracia, Dacia, and Judaea and, of course, to Rome itself.

Read her articles about many facets of Roman history at "Life in the Roman Empire: Historical Fact and Fiction" (carolashby.com) or join her at her blog, "The Beauty of Truth," at carol-ashby.com.

4.6 out of 5 stars
4.6 out of 5
97 global ratings
How are ratings calculated?
To calculate the overall star rating and percentage breakdown by star, we don’t use a simple average. Instead, our system considers things like how recent a review is and if the reviewer bought the item on Amazon. It also analyses reviews to verify trustworthiness.

john. Callaghan
5.0 out of 5 stars Another five star read
Reviewed in the United Kingdom on 30 January 2021
Verified Purchase
I have loved every one of the books in this Light of the Empire series. The characters have depth and are interesting so we always want to fine out what their future holds. Look forward to any of the characters in this novel appearing in a later book. Always inspiring and a blessing to my own faith
Thanks again Carol!
By Penny Callaghan
Read more
Report abuse

N. Kirkpatrick
5.0 out of 5 stars What is Love
Reviewed in the United Kingdom on 14 June 2021
Verified Purchase
A wonderful story a wife running away from her husband with her daughter and taking her daughter on board. On board she falls in love with the captain who is a Christian and she had only heard of this through the death of a relative. Highly recommended
Read more
Report abuse

P.J.J.
5.0 out of 5 stars Historical novel
Reviewed in the United Kingdom on 10 April 2022
Verified Purchase
Thoroughly enjoyed this story, the characters' interactions and the suspense made for a few late nights. Well written so as to keep the reader engaged - I didn't want to put it down.
Read more
Report abuse

Lizzy
4.0 out of 5 stars Hope,s reward
Reviewed in the United Kingdom on 9 April 2022
Verified Purchase
I ENJOYED reading this book, would have liked it to be longer. It had interesting. Historical information and I loved the Christian angle.
Read more
Report abuse

Kindle Customer
5.0 out of 5 stars Another Winner
Reviewed in the United States on 26 March 2021
Verified Purchase
This is another home run by one of my favorite writers! The story is filled with excitement and mystery. You never know what to expect next. The characters are surprising but genuine. The best part is how the story unfolds and lives are changed by the power of The Gospel. A great read for those who like Christian Historical fiction.
Read more
Report abuse
See all reviews
Report an issue
Does this item contain inappropriate content?
Report
Do you believe that this item violates a copyright?
Report
Does this item contain quality or formatting issues?
Report