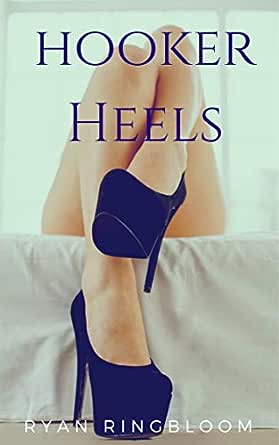 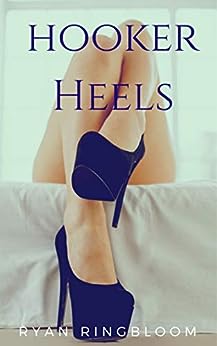 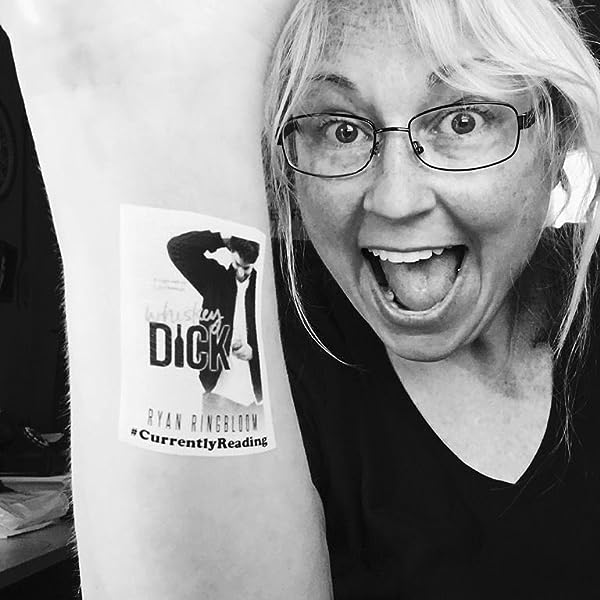 bluebird
TOP 500 REVIEWER
4.0 out of 5 stars Hooked me in
Reviewed in Australia on 8 October 2015
Verified Purchase
Poor Kenna what a horrible life acting like a hooker. I wish there were more Zackerys, a focused no nonsense, selfless guy. It's about redemption for Kenna with Zacks help. A nice flow, nothing over the top. I really enjoyed this.
Read more
Helpful
Report abuse
See all reviews

lisa wilson
5.0 out of 5 stars Amazingly beautiful.
Reviewed in the United Kingdom on 19 October 2015
Verified Purchase
Ryan Ringbloom strikes again with another amazing story. I had the pleasure of reading this while on holidays sitting by the pool and it had everything I needed to pass away the hours. With just the right amount of angst, sexual tension, drama, hot hot sex, and of course a hot guy to fall in love with this book had everything.
I even Loved the ott bitchy female that everyone likes to hate.
Even though Kenna is the biggest bitch at the start you cant help but want her and Zack to find their happy ever after.
The title and cover drew me in but it was the characters and the story that stole my heart and drew me in until I devoured it.
If you have not read this book or a Ryan Ringbloom novel in general then you really don't know what you are missing out on. She hits the nail on the head every time.

Tish
5.0 out of 5 stars Another Gem from an extremely talented writer....
Reviewed in the United States on 2 October 2015
Verified Purchase
OMG... I loved loved LOVEEEEEEED this book. It is soooo good; I read it all in one sitting. When I first started, I disliked Kenna just a tad bit. I thought she was a selfish, conniving B%$&@, but as I got to know her, she truly won me over. She is just a victim who grew up in a screwed up home and despite it, she grew to be a headstrong woman who I think would be one of my BFF's had I known her in real life. Zack on the other hand *swoon* - he is all that and then some. I absolutely adored him. Tall, sexy and a man who is in control. Did I mention he has tattoos? On his knuckles? Ohhh and he's a chef? God, where is this man in real life??? I fell for him from the very first page. A man who knows what he wants and doesn't waste any time on bulls***. Definitely not the typical man whore from every other book I usually read. Oh no...he's much better than that. He's wanted by many women but he's a man of standards that won't settle just for anyone (not even one-night stands). I don't know about everyone else, but that just makes him so much sexier in my eyes. More mysterious perhaps.

The relationship between the two is something out of this world. From the way they meet, to the way they grow as friends and lovers (sorry, no insta-love here). From their funny moments, which are hilarious by the way, to the sexy moments that will have your heart skip a beat or two. The story of Kenna and Zack keeps you anxiously flipping the pages. Desperate to know what happens next. This book not only gives you an AMAZING story but a great message as well. To everyone who suffers from any sort of insecurity, even the tiniest bit of it - this story makes you realize that a person who truly loves you, will love you for WHO YOU ARE and not for who you're trying to be. Besides, why would we want it any other way? Ryan Ringbloom - you've outdone yourself AGAIN. With every book you write, you only keep reminding me over and over why I love you and your writing so damn much. I am so proud of you !!!!!

I HIGHLY recommend this book to anyone and everyone.
Read more
One person found this helpful
Report abuse

Karie
5.0 out of 5 stars Loved this
Reviewed in the United States on 25 April 2016
Verified Purchase
Kenna learned at an early age the only way she could get what she needed or wanted was with her body. She was down on her luck when she was propositioned by Zack's father.
Zach was the knight in shining armor. Literally!! He never wanted to be connected with his father's money or what it could bring. Little did he know that Kenna would be one of those things.
Kenna thought she was doing a job until she fell in love. How would she ever get out of this mess with her heart intact?
Do t wait to dive into this delicious read.
Read more
One person found this helpful
Report abuse

ed productions
4.0 out of 5 stars Hooker Heels for the win!
Reviewed in the United States on 22 April 2016
Verified Purchase
It’s been a while since I’ve sat down and read a book cover to cover and I’m pleased to say that I did this with Hooker Heels. A few nights ago (side note: it's taken me a while to post this review, this was several weeks ago. I'm slacking in my ways.) I was browsing through the many book deal subscription lists I subscribe to and I found this title on sale for free. Free, right? Who doesn’t love free? I do, but often free books don’t equal good books. But, this title seemed to check many boxes for me. Quirky title—check. Smart and original blurb—check. Funky and different cover—check. So, what was there to lose?
A full night of restful sleep apparently. This isn’t a bad thing. I will gladly trade Zs for a good book and it’s been a long time since I’ve been able to make that trade and not felt crappy about it the next morning. Yes, I was tired and crabby the next day, but it was all for a good cause.

Upon starting the book, you are immediately intrigued by Zackary (the male lead—story told from alternating 1st person point of view). The expert writing and pacing of the story keeps the plot—the crux of the tale—in the center of your mind throughout. Thus, my interest was kept, pages were turned, and sleep was not had. I was very, very pleasantly surprised to find a well-written novel with little to no typos, grammatical, or substantive errors. This doesn’t happen very often when I read. I also expected the story to come out a certain way—to be obvious in its climax and resolution—but I was even more surprised to discover some original twists and turns to a story line that has been told before.
I will admit that I was expecting more comedy given the title, and while there were a few amusing moments, I certainly wouldn’t put this book in the Romantic Comedy genre. It’s a much more emotional character study with an intense love story. I know it’s also thrown in as New Adult, but I found these characters to be much more mature than characters typically are in this category. I really appreciated that. While Kenna had much to learn, much growing to do, you were able to sympathize with her and root for her to become a better person. It’s all about the character growth and when an author can make you like and identify with a generally unlikable character you can mark one in the win column. Did I mention yet how much I enjoyed this book? I really did.
My only real criticism is the rapid change between point of view from Zackary to Kenna. Especially in the first few chapters. It’s a bit jarring. While it’s clearly established whose POV it is, it messed with my traditional sense of editing nature and OCD tendencies. However, all complaints aside, it didn’t entirely deter from the story or my enjoyment of it and in the end it made sense. The primary switch to Zack’s POV after the climax was a nice touch. It was different, and different (when done well) is a good thing.
Regardless of this title being free or not I would’ve happily paid full price for it. I’m quite pleased to have discovered it and another author to follow. I look forward to reading more Ryan Ringbloom. I highly recommend this book to others. Also, I feel I should explain, why 4 stars and not 5. As you can see, to me this was a really great book, but that being said…it wasn’t my favorite. I reserve 5 stars for my absolute best of the best reads. 4 stars is pretty darn great and, in my world, is valued very high. I hate seeing 4 star reviews devalued.

CM
5.0 out of 5 stars Fantastic!!!!
Reviewed in the United States on 30 December 2015
Verified Purchase
Ryan Ringbloom has done it again!!! I loved hearing more of Kenna's story after being introduced to her in Ryan's previous book, Fake Boobs. I could not put Hooker Heels down...read it in a few hours and absolutely loved the connection between Kenna and Zachary. Great read!!!
Read more
One person found this helpful
Report abuse
See all reviews
Back to top
Get to Know Us
Make Money with Us
Let Us Help You
And don't forget:
© 1996-2021, Amazon.com, Inc. or its affiliates