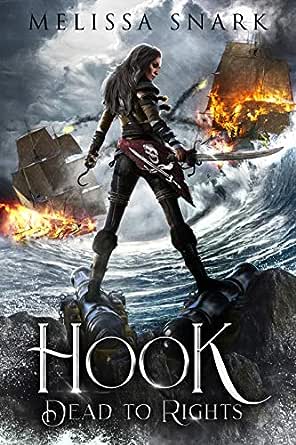 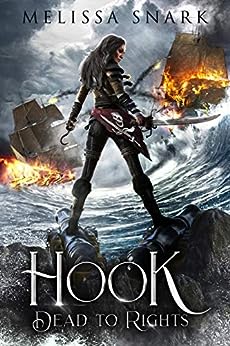 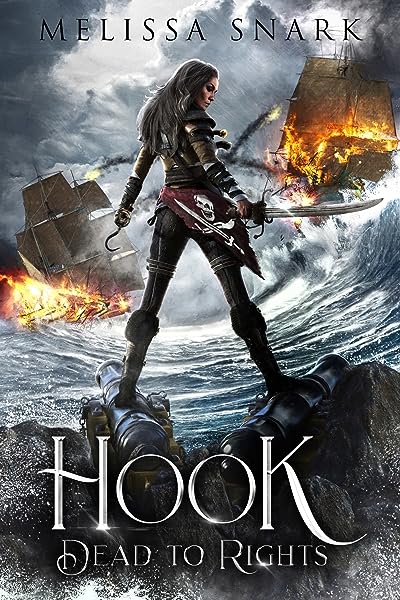 4.1 out of 5 stars
4.1 out of 5
242 global ratings
How are ratings calculated?
To calculate the overall star rating and percentage breakdown by star, we don’t use a simple average. Instead, our system considers things like how recent a review is and if the reviewer bought the item on Amazon. It also analyses reviews to verify trustworthiness.

Kindle Customer
4.0 out of 5 stars A very familiar fairytale
Reviewed in Australia on 11 June 2020
Verified Purchase
When anyone mentions Hook, we immediately think of the fairytale Peter Pan. Melissa takes us on a very different world to the one we grew up with.

I don't usually want to read the next in the series but Hook as left me wanting more from this character.

Kindle Customer
5.0 out of 5 stars Twisted fairytales and great storytelling!
Reviewed in Australia on 1 August 2019
Verified Purchase
This is a wonderful book that takes on just enough of the old tale to fit comfortably while still sparkling with the excitement of discovering a whole new tale to be experienced. I joyfully look forward to more from this author. Bravo!
Read more
One person found this helpful
Helpful
Comment Report abuse

Michelle Chantler
5.0 out of 5 stars A brilliant rendering of an oldie
Reviewed in Australia on 28 September 2018
Melissa Snark is a favorite Paranormal & Fantasy Author of mine and she has yet to disappoint me with anything she writes.
This a brilliant take on an old classic story and as usual Melissa’s narrative description has gone above and beyond what you would expect.
We meet “Hook” as a Pirate but we are introduced to the character being a female in this rendition of the tale. Your going to find plenty of drama, action and caring from all involved within this world.
Peter Pan is viewed through a different lime light and his daring escapades show just how audacious this captain is. She wants to achieve her focus and aim totally on Peter but you cannot be surprised by her ability to have a much softer personality (which she tries to keep hidden) that is understood by many.
Everyone within this storyline is necessary to weave the plot and overall content within, I am amazed at how beautifully woven together thus whole storyline is, with a mix of intriguing character’s who all have unusual and odd ways about them but the balance they create is awesome.
Your taken into this awesome world of enlightenment colour and an Author who knows exactly how to relay her thought’s and idea’s beautifully to her reader’s to keep us entranced and totally entertained.
You definitely cannot put this book down until finished. Grab your copy TODAY.
Read more
Helpful
Comment Report abuse
See all reviews

Kindle Customer
4.0 out of 5 stars An entertainingly eloquent piratical light read
Reviewed in the United Kingdom on 2 May 2020
Verified Purchase
A surprisingly semi-dark reworking of Peter Pan with a narrative voice that really stood out. Watch out Pan, this Captain Hook's got the balls to take you on without being a terrible cliche... or a man.

No, this Captain Hook is female, half-human, half merfolk and all piratical leader. She's made it her mission to rescue the children Peter steals away to Neverland before he ditches them out of boredom. By ditches, we all know it means kills. Along with her crew of misfits, some former Lost Boys themselves with the magical scars to prove it, they're hunting down Pan's latest catch. But this time it's even more personal for Captain Jayden Hook; Pan's stolen a girl. And girls never get the same treatment as the boys...

Now what I loved was the narration. It's all from Hook's POV, and the educated tone using florid language really worked for me. A few slip ups here and there where modern (or maybe just American-sounding) sland popped up and disrupted the flow (she refers to a source of "intel" at one point - eek!), but otherwise it really gave the good captain a solid tone of voice. None of that modern paranormal heroine routine either - she's a pirate captain and takes responsibilities seriously rather than rushing off to do things that make her Too Stupid To Live(TM).

Another tiny little botheration would be the repetitions and contradictions when she muses about her crew members (she trusts them/she doesn't; they could stand up to her, they're cowards etc). Sometimes I wondered why characters questioned things that, supposedly, the pirates had been doing for years. I couldn't always get a hang of some of the character interactions; with First Mate Starkey, or later speaking to Tinker Belle. And I'll be honest, Buzz was a bit too modern/Americanised for how amazingly well done the rest of the setting was for this kind of light read.

It is light, and it is the first in a series, but wonderfully enough while it does end on a cliffhanger of sorts, it feels like a well-rounded episode rather than a book cut into pieces. It's satisfying while leading on to the next, with plenty of foreshadowing scattered about to make it feel worth your while going forwards (I loves me some good foreshadowing and this has it in spades). No romances, but plenty of hints at things in the past.

A quick and entertaining read with a strong voice - what's more to like? I'm going to have to keep an eye on this series.
Read more
2 people found this helpful
Report abuse

Alex Townsend
4.0 out of 5 stars Good Imagination
Reviewed in the United Kingdom on 10 June 2020
Verified Purchase
Yeah, I dig it . A good twist on a classic tale. A bit slow on picking up interest in the few first chapters. It is light and fun to read. Might carry on to read the whole series.
Read more
4 people found this helpful
Report abuse

Casey Williams
2.0 out of 5 stars I found this read unenjoyable.
Reviewed in the United Kingdom on 31 May 2020
Verified Purchase
This is meant to be a sort of twisted tale on the classic Peter Pan. When I read the synopsis I thought WOW! This should be great. However I really didn’t enjoy it. I found it quite boring and the first 4-5 chapters talked mostly about Hooks ship. I really wanted to like it and I only pushed through without DNF because it is only 230 pages.
I’m not going to tell you not to read it because this is my own personal opinion on the book, but I have seen that it has some good reviews so maybe pick it up and check for yourself.
I got my edition for free on Kindle. I however will not be carrying on with the trilogy.
Read more
Report abuse

Mr. P. A. Bennington
3.0 out of 5 stars Adult Peter Pan Story
Reviewed in the United Kingdom on 16 September 2020
Verified Purchase
This story is a story that is a fantasy Peter Pan spin-off where the characters aren't always human. This could sometimes be confusing when you read the story as they were doing things that humans wouldn't.To give it a fair chance I read it to the end. It was certyainly funny and exciting in parts but not enough for me to think that I must get the next book in the series. The end of this one seemed to fall a bit flat.
Read more
Report abuse

Angie Hackett (Stormageddon)
4.0 out of 5 stars Different.
Reviewed in the United Kingdom on 1 June 2020
Verified Purchase
This was a different kind of read. Though holding true to the original stories for the most part this had a nice twist or two. It held my interest for the entirety of the plot but I remain uncertain of a female Hook, though that was an interesting point for the book. I’m unsure if I will continue the series as yet despite this being well written.
Read more
Report abuse
See all reviews
Get FREE delivery with Amazon Prime
Prime members enjoy FREE Delivery and exclusive access to movies, TV shows, music, Kindle e-books, Twitch Prime, and more.
> Get Started
Back to top
Get to Know Us
Make Money with Us
Let Us Help You
And don't forget:
© 1996-2020, Amazon.com, Inc. or its affiliates