Skip to main content
The Honorable Traitors (A Thomas Laker Thriller Book 1) and over 1.5 million other books are available for Amazon Kindle . Learn more
Share <Embed> 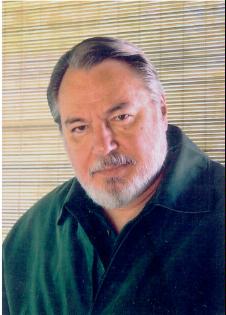 Page 1 of 1 Start overPage 1 of 1
Previous page
Next page
Start reading The Honorable Traitors (A Thomas Laker Thriller Book 1) on your Kindle in under a minute.

A multiple Edgar and Shamus Award winner-including the Shamus Lifetime Achievement Award-JOHN LUTZ is the author of over forty books. His novel SWF Seeks Same was made into the hit movie Single White Female, and The Ex was a critically acclaimed HBO feature. He lives in St. Louis, Missouri, and Sarasota, Florida. Visit him online at www.johnlutzonline.com.

Amazon Customer
5.0 out of 5 stars Excellent
Reviewed in the United Kingdom on 18 November 2020
Verified Purchase
Superb read for readers who want to escape into a different world .John Lutz is one of those authors who draws the reader into the lives of the characters ,I wasn't here on a wet Tuesday in Yorkshire but in the USA with Ava and co chasing the bad guy .Thoroughly enjoyable read and I will look forward to the next one
Read more
Report abuse

Robert P. Brown
2.0 out of 5 stars Lutz Is Going Downhill
Reviewed in Canada on 4 September 2018
Verified Purchase
John Lutz has written close to fifty books over a span of as many years. His Fred Carver series in the 1980`s and `90`s was very good. His recent series featuring Frank Quinn as a New York detective was excellent. He now introduces a new protagonist, Thomas Laker, an operative with a secret agency, Gray Outfit, and this first entry shows a definite downhill slide.

Laker is approached by a young woman, Ava, to accompany her and her ageing grandmother to a shed to recover a parcel. When Granny enters the shed she`s blown sky high. Turns out she was expecting this, (assisted suicide?) because she had mailed the parcel to Ava a day earlier. It turns out to be a journal she kept when she lived in Hawaii prior to Pearl Harbour. It is in code, but when it is finally deciphered, it describes Granny as a honey trap for a Japanese double agent, trying to recruit American officers to the Communist cause, and who also talks in his sleep. (Secrets revealed?)

Coincidentally, after all these years, someone known as the Shapeshifter is also after the journal. There`s also the problem of a missing A Bomb which disappeared in 1945. The ensuing action and suspense cannot compensate for the fact that the whole thing is implausible and ridiculous.

After fifty tears it appears Lutz is running out of ideas. But he`s not giving up. There`s another Laker book on the way,(The Havana Game). Hopefully it won`t be as bad as this one.

Stephenee
5.0 out of 5 stars New and Exciting
Reviewed in the United States on 12 August 2018
Verified Purchase
So, let me start off by saying that I was super disappointed that there was not a new Frank Quinn novel this summer...BUT this was a great start to a new series. It is so completely different from the usual books that author John Lutz writes, but I did enjoy it and will read the next one in the series. This is about the government, the black ops that we supposedly do not have...and the way that they work their magic to save the everyday people from death or worse.

The characters are compelling, you can't help but love Laker from the start - his wit, his life, his "Lucky"-ness. You root for him no matter what the situation and you actually feel sorry for him when he is bested. You become his #1 fan in a matter of chapters and are glued to the book to see what is going to happen next. While the death scenes are different and not as mysterious, this series is good. It's just a change from what we have come to know and love by this author.

Get this book and be prepared to become hooked. You won't want to do anything else once you start reading this one!

Billy Bob
5.0 out of 5 stars Laker is a great protagonist
Reviewed in the United States on 5 February 2019
Verified Purchase
I’ve been a fan of John Lutz since I read the Nudger series and if you haven’t read those I highly recommend them. Fred Carver was good too. Laker is in the same class as Nudger. The story is well plotted and fast paced. I also enjoyed the Ava North character. I hope she becomes a regular in the series as she is bright, sassy and a great complement to Laker. Thanks for a new series I can look forward too.
Read more
One person found this helpful
Report abuse

C. L. Fluty
5.0 out of 5 stars A twisting, heart pounding thriller
Reviewed in the United States on 7 April 2018
Verified Purchase
The plot twists and turns, from the explosive murder of an aged DC matriarch through WWII Hawaii, and a bloody trail in the wake of a murderous mystery man they call the Shapeshifter. A secret agent and an NSA codebreaker pursue him to prevent the use of a deadly weapon against a U.S. city.
I highly recommend it.
Read more
One person found this helpful
Report abuse
See all reviews
Back to top
Get to Know Us
Make Money with Us
Let Us Help You
And don't forget:
© 1996-2021, Amazon.com, Inc. or its affiliates