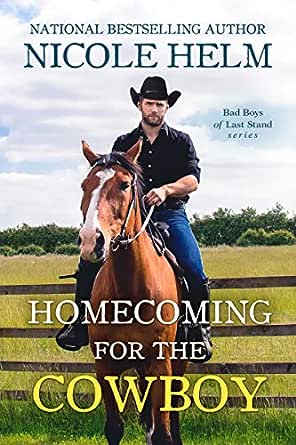 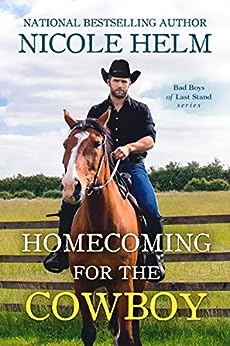 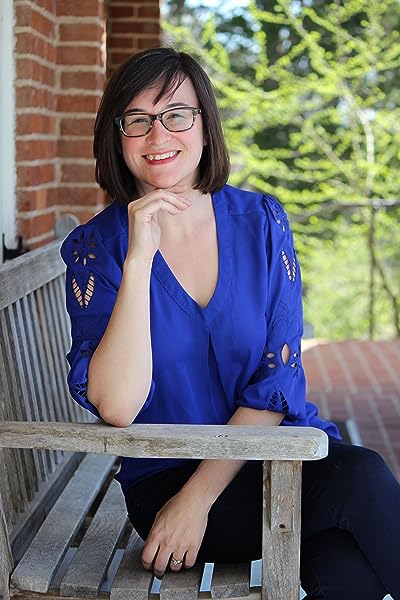 Rosie
TOP 100 REVIEWER
5.0 out of 5 stars When Colt came home
Reviewed in Australia on 28 June 2020
Verified Purchase
This is a great concept: Near the small Texan town of Last Stand, on a spread called Martin Farms, Fritz and Suzannah brought up their three daughters Penelope (Pen), Sadie and Mackenzie (Mack). Suzannah was good at picking up troubled strays and so Ethan Thompson, Colt Vance and Bracken Jones were given a home, when others turned their backs. When Suzannah died much too young, she left a devastated husband and his three little girls, plus three teen boys who came to respect and love their adopted family and the man who has given them a future.

Fritz is in trouble with his health and his finances. He is too ashamed to let the family know, but he has confided in the one man who went out and made his fortune and is now in a position to help - Colt.
Colt has stayed away partly because Fritz warned him never to go near his girls. The trouble is, he is deeply attracted to Sadie.
Sadie has been running the goat farm and everything else almost single handed, since her dad became ill, so she is irritated to know that Colt is stepping in to take up a partnership in the business. She doesn't know why Colt infuriates her so much...But after a seering kiss, she feels all kinds of confused.

I really enjoyed the family dynamics and how the relationship developed.
Book two is set at Christmas and is about eldest sister, Pen, a young widow with three girls and Ethan, now the local deputy.
Read more

Paula reid
5.0 out of 5 stars This cowboy is finally home
Reviewed in Australia on 28 October 2019
A huge THANK YOU to Tule Publishing & NetGalley for allowing me to read & review this book. I’ve found another great author.
Due to work constraints this book took forever to read, so I never had the opportunity to get lost in it (something I absolutely love to do) I do think though if you have the time you could easily find yourself lost in Sadie & Colts story.
Colt came into Sadie Martins life years ago when her mother had brought 3 troubled boys into the family. Over time she’d convinced herself that her father preferred his 3 “pseudo” sons to his 3 actual daughters simply because they were girls. Her resentment for Colt grew with every word of praise her father said about his boys. She was as capable as any man to run the farm & simply wanted her father to see it.
Colt was determined to rid himself of the horrible life he left behind until Sadies mother took him in. Never believing he was good enough for anything or anyone, he worked tirelessly to make something of himself. Believing after years of abuse that he was poison to all he touched he stayed away from them for 10 years.
But when the Martin family farm hits financial trouble and Fritz Martin asks for his help, Colt finds himself back home & face to face with Sadie Martin. She was the water to his oil, & just as beautiful as ever. He hated how much he wanted her, & knew because of a promise he made Fritz all those years ago that she was a large part of the reason he’d been gone for so long.
Sadie detested Colt, he was without a doubt her dads favourite, the golden child who’d left the farm & become successful with property flipping. So successful in fact that her father had just asked him to invest & become partners in the farm.
This is a cute little love/loathe romance that has many emotional levels, well written and a great HEA. This is the 1st book of Helms I’ve read and will happily read more in the future. I’m looking forward to what I hope will be Ethan & Pens story in book 2.
Read more
One person found this helpful
Helpful
Comment Report abuse
See all reviews from Australia

BookAddict
5.0 out of 5 stars Great Start to a New Series
Reviewed in the United States on 17 May 2019
Verified Purchase
Years ago, Fritz Martin and his wife took in three troubled boys to raise alongside their three daughters. After his wife died, Fritz did his best to raise six children and keep the family farm going. Now the kids are grown, the farm is struggling, and Colt Vance comes back home to help the man who gave him, the son of the town drunk, the chance at a future and so much more. That means Colt will have to deal with Sadie, who handles the farm's daily operations, and they mix about as well as oil and water. But Colt’s arrogance and Sadie's prickliness only mask the feelings they’ve had for each other for years. As far as Colt is concerned, the feelings are irrelevant. He promised Fritz long ago he would stay away from his daughters, and Colt is sure there's no way Sadie would want anything to do with a Vance.

If you’ve not yet met Helm’s cowboys, you’re really missing out! She creates a warm, welcoming setting, strong, unbreakable family bonds, heroes with huge hearts who are a bit vulnerable, and strong, tenacious, loving heroines. While Colt thinks he's unworthy, he has a lot of redeeming qualities, and Helm strikes the perfect balance so his insecurities are endearing, his growth is believable, and the reader is cheering him on each step of the way. Sadie isn’t without her faults, but she's also realistic and admirable, and I couldn’t help but love her. If you’ve enjoyed cowboys from Carolyn Brown, Maisey Yates and Sara Richardson, you’ll love this new series by Nicole Helm!

*I reviewed an advance copy of this book freely and voluntarily, having made no commitment to provide a review and receiving no compensation of any kind from any source for this review.
Read more
8 people found this helpful
Helpful
Sending feedback...
Thank you for your feedback.
Sorry, we failed to record your vote. Please try again
Report abuse

Shweet Sandi
5.0 out of 5 stars Great Start to a new series in based in Texas
Reviewed in the United States on 4 June 2019
Verified Purchase
Yes!! A true Texas town has a goat farm! Last Stand, Texas is living up to what life is really like in the Texas Hill Country. Each one of the books I have read based in this wonderful fictional town has me wanting more and more. I live in North Texas myself so it makes these books extra special, like coming home in a way. Homecoming for the Cowboy was a great overnight read for me. A family takes in 3 foster boys and adopts them. When the mom passes away the boys each promise the dad Fritz that they will never date any of the girls. In order to keep that promise one of the boys moves away. Colt loves Sadie. Colt made a name for himself while he was away and when he came back he come back with money to help re-built the goat farm. Only thing is Sadie is there and they have to work side by side. Oh the the chemistry that pops! I am so looking forward to more from this series and of course Last Stand, TX.
Read more
3 people found this helpful
Helpful
Sending feedback...
Thank you for your feedback.
Sorry, we failed to record your vote. Please try again
Report abuse

MDG
5.0 out of 5 stars Homecoming for the Cowboy
Reviewed in the United States on 6 February 2020
Verified Purchase
I've liked every book by this author I've read so I thought I'd read this series. It's really good with great characters and even has goats in it.
Read more
One person found this helpful
Helpful
Sending feedback...
Thank you for your feedback.
Sorry, we failed to record your vote. Please try again
Report abuse