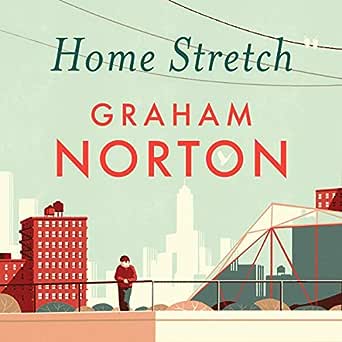 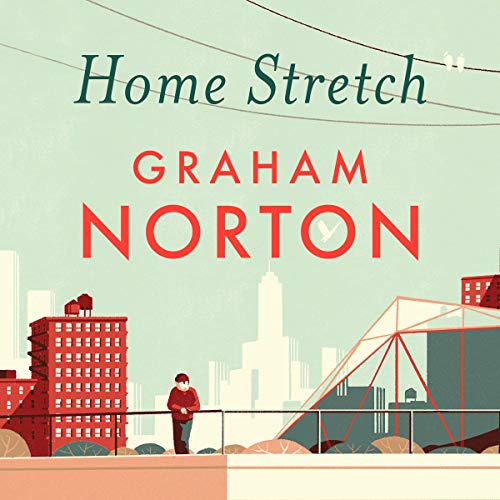 4.5 out of 5 stars
4.5 out of 5
972 global ratings
How are ratings calculated?
To calculate the overall star rating and percentage breakdown by star, we don’t use a simple average. Instead, our system considers things like how recent a review is and if the reviewer bought the item on Amazon. It also analyses reviews to verify trustworthiness.

Liz Rock
5.0 out of 5 stars Fabulous and very thought provoking
Reviewed in Australia on 5 October 2020
Verified Purchase
I loved this book. Graham Norton can be glad that every novel gets better than the previous novels.
He isn’t my favourite author but he does take a couple of hours to bring joy.

One fateful day in 1987 will change the lives of so many in an instant. The small Irish village is preparing for a wedding he next day. But tragedy strikes when an accident on the way home from a day at the beach kills 3 of their own. The 3 survivors have to live with the guilt and shame. The village will never be the same again. The families and friends of the deceased changed forever. It is too much for the driver, Connor, to beat and he leaves the country for a new life, a fresh start where nobody knows what happened.

There is a lot more to it than that but you will need to read it to find out. The 80s was a different, less tolerant time for many. This book is so cleverly written with all the characters playing their role in what happened and what is to happen in the future. A great afternoons read.

jeanie m, Reviewer
Last updated on 3 Aug 2020
My Recommendation
With thanks to netgalley for an early copy in return for an honest review.
Having read all of Graham's other books it comes as no surprise as to what an amazing writer he is.
I was totally captivated from the beginning with Home stretch,and the sensitivity shown. I just adored this book.
Don't forget! Come back to your Review on the pub date, 1 Oct 2020, to post to these retailers.

JaquiP
5.0 out of 5 stars A lovely book
Reviewed in the United Kingdom on 6 October 2020
Verified Purchase
This is the third of the three published books by Graham Norton I have read and I think it is the most moving and delightful of the three. It feels like real people talking and living and the dialogue has an Irish lilt to the words.It has echoes of The Hearts Invisible Furies by John Boyne on a similar theme and topic, growing up gay in Ireland, but I found this, somehow, more moving somehow, more real, and less, I don't know, less clever... more authentic. Graham Norton seems to really get into the soul and heart of his characters and understand their inner soul. I did hope that Connor made more of a success materially in the world, but maybe that was more realistic the way things panned out for him, considering his journey and time line. I cried at Dan's wedding speech and I also understood the trajectory of being gay in Ireland historically to now. I think this is a brave book and a subject the writer understands from his heart and soul. It is also beautifully written and I enjoyed getting to know the characters. He really can write in a way that makes me care about the people in the story he weaves. I really loved the book.
Read more
2 people found this helpful
Report abuse

MaggieM
3.0 out of 5 stars Very disappointing
Reviewed in the United Kingdom on 12 October 2020
Verified Purchase
I found it tedious, I'm afraid, and didn't engage with any of the characters. I didn't like the format, whereby many years were leapt over with no satisfactory explanations as to what happened - frankly some of the changes in their circumstances seemed far-fetched. I really, really enjoyed the previous books, so was eagerly awaiting this one - disappointing. (My own purchase, no-one sent it to me to critique!)
Two days later and I'm re-visiting my review - I have to admit that I wrote the first bit of this review when I'd read half the book, and was about to give up. I didn't, and like some of the other reviewers, I then found the second half to be quite absorbing and much more interesting. Still not my favourite book of his, but I did end it wanting to know what happened next.
But my earlier review still holds for the first half.
Read more
2 people found this helpful
Report abuse

JENNYBUCKS
5.0 out of 5 stars HIS THIRD IS A CRACKER!
Reviewed in the United Kingdom on 19 October 2020
Verified Purchase
Graham...you really do tell a good yarn. I thoroughly enjoyed this warm, emotional tale of family life in an era very different from today...some bits I sort of guessed at but that didn't spoil my enjoyment. I love the way you write Graham and in my last Sunday session, at 3am, I finished it as I just had to know how it ended.
Would recommend it especially to people who haven't read the first two and personally I can't wait to read number 4 which I hope you've started writing already.
Read more
Report abuse

Marion
5.0 out of 5 stars Another great story
Reviewed in the United Kingdom on 8 October 2020
Verified Purchase
This third novel continues to share an in-depth understanding of a world I grew up in particularly the Irish family I married into.
Graham’s books are riveting and I find my self once again finishing a book I could not put down in the early hours of the morning. I can’t wait until the next one!
Read more
One person found this helpful
Report abuse
See all reviews
Get FREE delivery with Amazon Prime
Prime members enjoy FREE Delivery and exclusive access to movies, TV shows, music, Kindle e-books, Twitch Prime, and more.
> Get Started
Back to top
Get to Know Us
Make Money with Us
Let Us Help You
And don't forget:
© 1996-2020, Amazon.com, Inc. or its affiliates