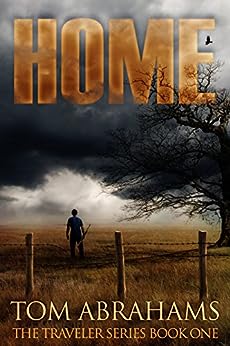 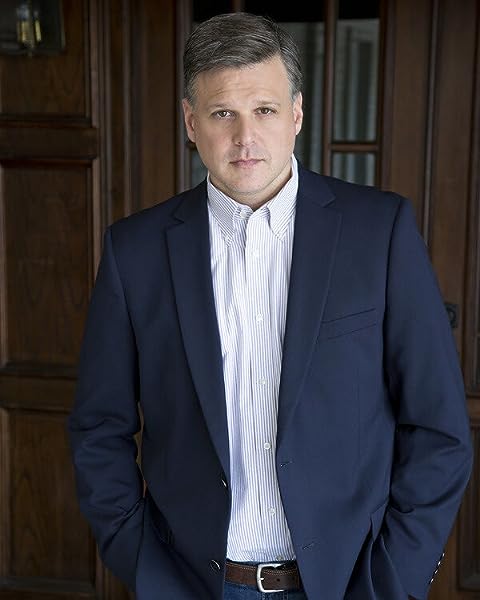 by Tom Abrahams (Author) Format: Kindle Edition
See all formats and editions
Sorry, there was a problem loading this page. Try again.

HE THOUGHT HE WAS PREPARED. HE THOUGHT HIS FAMILY WAS SAFE. HE WAS WRONG.

One of “Twelve Books You Should Read If You Love The Walking Dead.” —Bookbub
"Tom Abrahams' HOME introduces us to a prepper nightmare." --BoingBoing

Five years after a pneumonic plague killed two-thirds of the world’s population, army veteran Marcus Battle is isolated. He’s alone with his guns, his food, and the graves of his wife and child.

Unaware of the chaos that’s befallen everything outside of his central Texas ranch land, Marcus lives a Spartan life. If anyone steps onto his property he shoots first and never ask questions.

But when a woman in distress, chased by marauders, seeks asylum, Marcus has a decision to make.

Does he throw her to the wolves to protect himself or does he help her and leave the shelter and protection of home?

Tom Abrahams is an Emmy and Edward R. Murrow award winning television journalist and member of International Thriller Writers. He is also a Kindle Unlimited All-Star, an Audible 5 Star Favorite, and author of more than two dozen novels. He writes in several genres including dystopian, sci-fi techno-thriller, post-apocalyptic, and political thrillers. His stories combine the realistic with the fantastic and have sold copies all over the world. The dramatic rights for his “A Dark World” trilogy are optioned for television and film. He’s married with two children and lives in Southeast Texas.

4.2 out of 5 stars
4.2 out of 5
501 global ratings
How are ratings calculated?
To calculate the overall star rating and percentage breakdown by star, we don’t use a simple average. Instead, our system considers things like how recent a review is and if the reviewer bought the item on Amazon. It also analyses reviews to verify trustworthiness.

Andrew
3.0 out of 5 stars Book is good, standard survival story
Reviewed in Australia on 11 October 2016
Verified Purchase
Book is good, standard survival story.
Like most books to do with survival or zombies (this is not a zombie book), the main character is this big ex-military man, Whos been prepping for years. Not really a "oh my gosh it's the apocalypse, how am I going to survive" feel, more of a "wonder what he is going to do now"

Mshell
4.0 out of 5 stars Good read, easy read.
Reviewed in Australia on 15 November 2016
Verified Purchase
Hood book, easy to read, short so it was quite easy to read to the end in one sitting too. On to the next:)
Read more
Helpful
Report abuse

Mack fake
5.0 out of 5 stars YOU SHOULD READ THIS BOOK!!!
Reviewed in Australia on 25 January 2016
Verified Purchase
Great story. Cannot wait for the sequel
Read more
Helpful
Report abuse

Kylie
2.0 out of 5 stars Two stars
Reviewed in Australia on 27 July 2020
Bit of a bore
Read more
One person found this helpful
Helpful
Report abuse

amanda stoward
2.0 out of 5 stars Average
Reviewed in Australia on 8 July 2018
I found the female lead to be annoying and acting like a teenager. Also the Bible passages get a bit old.
Read more
One person found this helpful
Helpful
Report abuse
See all reviews

Effenbee
2.0 out of 5 stars A poor example of the genre
Reviewed in the United Kingdom on 20 March 2018
Verified Purchase
I enjoy a good post apocalyptic tale every now and again but this was just rubbish. Battle solidly held to principles for five years but all of a sudden gave them all up for no other apparent reason other than the saga is known as The Traveller. I have no wish to travel with our friend Battle nor find out what happened after a most abrupt ending to the tale
Read more
One person found this helpful
Report abuse

Verified user
4.0 out of 5 stars Had potential
Reviewed in the United Kingdom on 4 February 2016
Verified Purchase
Hard one to review, starts off well with a fairly solid story line then you get a few parts which don't make sense, then back to being interesting again.

Certain parts really let the story down like for example, Lola,s haughty attitude immediately after being rescued and the main characters being able to go on a rescue mission straight after almost being dying. The book had the potential to be excellent just sadly isn't.
Read more
5 people found this helpful
Report abuse

Julie Alexander
3.0 out of 5 stars Interesting
Reviewed in the United Kingdom on 4 September 2021
Verified Purchase
An interesting read, it's a bit scary to think that we really are not far from collapsing into the kind of dystopian existence that this book describes.
Read more
Report abuse

Michael D. Hansen
5.0 out of 5 stars Wow!!!
Reviewed in the United Kingdom on 4 November 2020
Verified Purchase
Great start to a new (to me anyway) series!!! Great action and adventure!!!! Characters are well played out!!! Glad I waited for the rest of the series to play out before I started!!!!
Read more
Report abuse

VG
4.0 out of 5 stars Quite enjoyed this.
Reviewed in the United Kingdom on 29 May 2018
Verified Purchase
Quite enjoyed this. Not sure if I will carry on the rest of series as I tend to get a bit annoyed if there is another book, another book etc with similar storyline but well worth a read,
Read more
Report abuse
See all reviews
Report an issue
Does this item contain inappropriate content?
Report
Do you believe that this item violates a copyright?
Report
Does this item contain quality or formatting issues?
Report