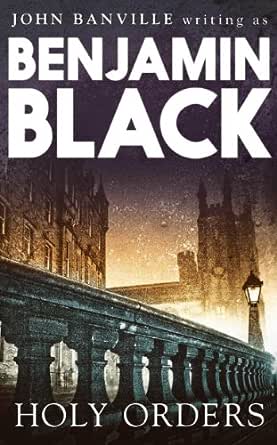 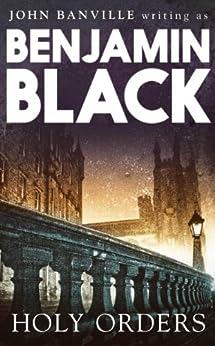 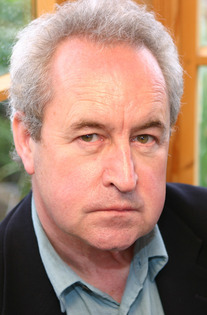 Benjamin Black is the pen name of acclaimed author John Banville, who was born in Wexford, Ireland, in 1945. His novels have won numerous awards, including the Man Booker Prize in 2005 for The Sea. He lives in Dublin.

'A stunning evocation of mid-century Dublin . . . the literary incarnation of Quirke is going from strength to strength' Independent

She looked at him and smiled sadly. 'You've lived too long among the dead, Quirke,' she said.

1950s Dublin. When a body is found in the canal, pathologist Quirke and his detective friend Inspector Hackett must uncover the truth behind this brutal murder. But in a world where the police are not trusted and secrets often remain buried there is perhaps little hope of bringing the perpetrator to justice.

As spring storms descend on Dublin, Quirke and Hackett's investigation leads them into the dark heart of the organisation that really runs this troubled city: the Church. Meanwhile, Quirke's daughter Phoebe realises she is being followed; and when Quirke's terrible childhood in a priest-run orphanage returns to haunt him, he will face his greatest trial yet . . .

'The sixth in the increasingly impressive Quirke series . . . Charged with foreboding, the tale advances to the funereal rhythm of a muffled drum until Black unveils the devastatingly bleak noir climax' Irish Times

Benjamin Black is the pen name of the Man Booker Prize-winning novelist John Banville. Black's books include The Black-Eyed Blonde, Christine Falls, The Silver Swan, among others. He lives in Dublin. --This text refers to the paperback edition.

"Absorbing...The murder mystery is solved, after its startling fashion, in due time---but not before Mr. Black has worked his lyrical magic at fine length, in scenes that unfold with a poet's grace." --The Wall Street Journal

"Sophisticated...[Black] is arguably one of the finest prose stylists writing in English today." --The Wire "It is doubtful that anyone can write as well as Benjamin Black when it comes to a psychological mystery." --The Washington Times "[Holy Orders] starts and ends as strongly as the best of the Quirkes." --St. Louis Post-Dispatch "Outstanding...[Black] has turned in his most complex plot yet in Holy Orders." --The Star-Ledger (New Jersey) "Gripping, terrific...Although it shares the vivid settings, evocative mood, and striking characters of the earlier Quirke novels, Holy Orders has a tighter, more intricate plot." --Tampa Bay Times "Even if Gabriel Byrne weren't starring in a new BBC series based on the Quirke novels by Benjamin Black (John Banville's alter ego), fans will be clamoring for this latest in the popular series." --Library Journal (Barbara's Picks for August 2013 fiction) --This text refers to the paperback edition.

"She looked at him and smiled sadly. 'You've lived too long among the dead, Quirke', she said.
He nodded. 'Yes, I suppose I have'. She was not the first one to have told him that, and she would not be the last. --This text refers to the paperback edition.
Read more

This is the sixth and last of the Quirke novels to date. Already I'm suffering withdrawal symptoms. This response is all the sharper because "Holy Orders" seems to me the best of them all.
Read more
2 people found this helpful
Report abuse