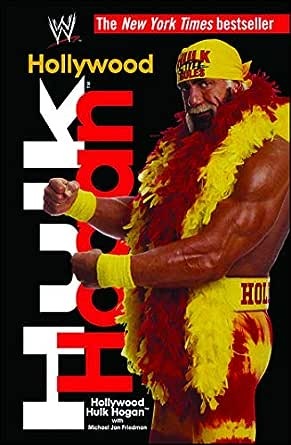 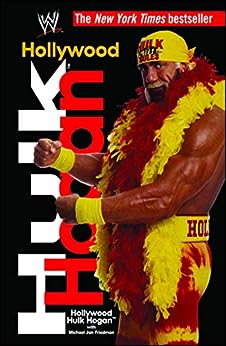 Michael Jan Friedman is a New York Times bestselling author who has also written for television, radio and comic books. He lives on Long Island with his wife and two sons. This is his fiftieth book.

ThorfanJim
2.0 out of 5 stars A legend in his own mind
Reviewed in the United Kingdom on 15 March 2011
Verified Purchase
This is not a bad little read maybe it's me but I've no interest in the Hulksters movie side of life this part of the book came across like the Hulkster patting himself on the back.
Hogan helped a great deal to put Wrestling on the map and all Wrestling fans have to thank him for that, I mean his matches were always predictable the ending very nearly always the same but the reason for this is revealed in the later stages of the book.
You done ok with this book Hogan but no two ways about it you could have delivered much better, the book does not cost the earth so it's worth a look.
But over all I have to say a little disappointing.
Read more
Helpful
Sending feedback...
Thank you for your feedback.
Sorry, we failed to record your vote. Please try again
Report abuse

Victoria Payne
5.0 out of 5 stars Fantastic
Reviewed in the United Kingdom on 15 September 2015
Verified Purchase
My 10 year old son bought this and loved it, has already read it 3 times. He said it was awesome and funny.
Read more
Helpful
Sending feedback...
Thank you for your feedback.
Sorry, we failed to record your vote. Please try again
Report abuse

MR D J JONES
5.0 out of 5 stars Five Stars
Reviewed in the United Kingdom on 11 November 2014
Verified Purchase
A great read if you're a fan of wrestling. Or if you like reading autobiographies. Very entertaining.
Read more
Helpful
Sending feedback...
Thank you for your feedback.
Sorry, we failed to record your vote. Please try again
Report abuse

C-Love
1.0 out of 5 stars Not a recommended read in my opinion
Reviewed in Canada on 25 October 2016
Verified Purchase
Fluffy piece. Not a true representation of Hulk's life. Very fluffy. Not a recommended read in my opinion. WWE have their hands all over this.
Read more
Helpful
Sending feedback...
Thank you for your feedback.
Sorry, we failed to record your vote. Please try again
Report abuse

gareth hill/natasha woods
1.0 out of 5 stars Boo
Reviewed in the United Kingdom on 3 October 2013
Verified Purchase
Ok I suppose if you read all wwe books but not that interesting get his EX wife's book now that's a READ,,,,
Read more
Helpful
Sending feedback...
Thank you for your feedback.
Sorry, we failed to record your vote. Please try again
Report abuse
Load more international reviews

goodbadandugly
3.0 out of 5 stars Hulk Hogan Tells All
Reviewed in the United States on 7 April 2013
Verified Purchase
Fun book to read although some chapters are only three pages long. Plenty of good pro wrestling action pictures. Hulk tells some great stories concerning the people he has come in contact with over the years. One in particular about his friend Louis Tillet, who ran the Pensacola-Alabama territory, dining at McDonalds restaurant, is a hoot. Hulk lays it on the line. No holds bared. No pun intended. Hulk has close friends and then associates who he thought were friends, who repeatedly stabbed him in the back. Hulk suspects jealously as the culprit. I never realized how many movies Hulk was a part of. For this reason, Hulk was borderline burnout for a good part of his career. Today, Hulk would make a hell of a promoter. His original story lines made millions for the company. One of Hulk's big mistakes was his use of steroids and he makes no bones about it. If you're looking for a down to earth pro wrestling tell all book, this is the book for you.
Read more
2 people found this helpful
Helpful
Sending feedback...
Thank you for your feedback.
Sorry, we failed to record your vote. Please try again
Report abuse

H. Tague
5.0 out of 5 stars A great read...
Reviewed in the United States on 4 August 2004
Verified Purchase
There is no denying that Hulk Hogan played a big role in making what the wrestling industry is today. He's been around long enough that this book not only serves as a sight into the life of Terry Bollea, but it also serves as a good account of how wrestling has evolved since the '70s, as well as some of the reasons for WCW's going under. Since Hogan co-writes it himself, it tends to make an easier read for most people (whereas professional writers can be rough for casual readers, guys like Hogan identify easier with the normal person).

The book covers Hogan's career through it's ups and downs, from his personal to his professional. Other reviewers keep bashing Hogan saying that he's full of himself throughout the book but Hogan admits that he isn't the best physical specimen out there and explains that he was always nervous about things and doubted himself often. So, in truth, he gives a good neutral viewpoint about what he did manage to do right, and his many screw-ups that he regrets now. Hogan just comes off as a regular guy who's life is more complicated then most people give him credit for.

He also covers many issues and defends himself from personal attacks coming from everywhere, from the media to viewers like the ones that visit this site. He addresses verbal attacks from Vince McMahon, Bret Hart, Vince Russo, and many more. The only real downside is that the book was written too early. Hogan should've waited a while longer until his wrestling career was actually finished so that it wouldn't just drop off at the end.

Aside from that, the only real reason for a wrestling fan not to by this book is if they really hate Terry Bollea (like a few people that visit here apparently do), but even if you aren't a Hulkamaniac, this is a good purchase for the goings-on of the industry. It's well written and despite what people will tell you, Hogan presents an educated and experienced viewpoint (not an egomaniacal one).
Read more
One person found this helpful
Helpful
Sending feedback...
Thank you for your feedback.
Sorry, we failed to record your vote. Please try again
Report abuse

Doc
5.0 out of 5 stars Hollywood Hulk Hogan
Reviewed in the United States on 7 January 2014
Verified Purchase
This book is an absolute must own. Anyone who enjoys wrestling should read this book. Getting insight from arguably the greatest wrestler of all time, one of the most recognizable faces in the world... Hollywood... Hulk Hogan. Read the stories of how Hulk Hogan came to be, tales of altercations, and funny (borderline foul) pranks/jokes from Andre the Giant.. as well as his thoughts of some of the greats today. Hulk Hogan's book is great. I enjoyed it very much... and if you like or love Hulk Hogan... and the road he (truly) paved for today's stars... you will love this book. Because without Hulk Hogan... wrestling truly would not be where it is today. I don't care what anyone says.
Read more
One person found this helpful
Helpful
Sending feedback...
Thank you for your feedback.
Sorry, we failed to record your vote. Please try again
Report abuse