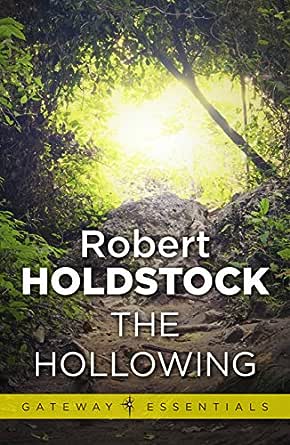 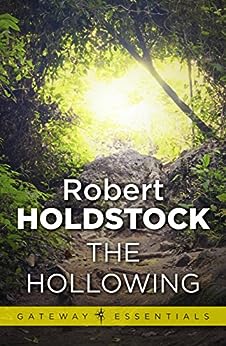 Robert Holdstock (1948 - 2009) Robert Paul Holdstock was born in a remote corner of Kent, sharing his childhood years between the bleak Romney Marsh and the dense woodlands of the Kentish heartlands. He received an MSc in medical zoology and spent several years in the early 1970s in medical research before becoming a full-time writer in 1976. His first published story appeared in the New Worlds magazine in 1968 and for the early part of his career he wrote science fiction. However, it is with fantasy that he is most closely associated. 1984 saw the publication of Mythago Wood, winner of the BSFA and World Fantasy Awards for Best Novel, and widely regarded as one of the key texts of modern fantasy. It and the subsequent 'mythago' novels (including Lavondyss, which won the BSFA Award for Best Novel in 1988) cemented his reputation as the definitive portrayer of the wild wood. His interest in Celtic and Nordic mythology was a consistent theme throughout his fantasy and is most prominently reflected in the acclaimed Merlin Codex trilogy, consisting of Celtika, The Iron Grail and The Broken Kings, published between 2001 and 2007.Among many other works, Holdstock co-wrote Tour of the Universe with Malcolm Edwards, for which rights were sold for a space shuttle simulation ride at the CN Tower in Toronto, and The Emerald Forest, based on John Boorman's film of the same name. His story, 'The Ragthorn', written with friend and fellow author Garry Kilworth, won the World Fantasy Award for Best Novella and the BSFA Award for Short Fiction. Robert Holdstock died in November 2009, just four months after the publication of Avilion, the long-awaited, and sadly final, return to Ryhope Wood.www.robertholdstock.com --This text refers to the digital edition.

"Indescribably enchanting." --The Spectator on The Hollowing

"Rob Holdstock's is one of the voices at the very heart of modern fantasy." --Guy Gavriel Kay "One of Britain's best fantasists...a myth-maker of originality." --The Times on The Bone Forest "Holdstock is now the finest writer of metamorphic fantasy now working." --The Washington Post on Celtika --This text refers to an alternate kindle_edition edition.

Alex Bradley, a highly imaginative child left brain-damaged after a bizarre attack, vanishes one day from his home. Months later a body is found on the edge of Ryhope Wood wherein live the mythagos-phantoms generated over time by our dreams and nightmares.

Alex has in fact been absorbed by the wood, drawn through a ‘hollowing’ into its green heart. There his dreams will continue to populate the wood with his particular mythagos. But like Alex, they too are damaged: the great heroes he conjures are warped, incomplete and dangerous. Savage and lost, they are compelled to seek their creator.

The havoc they wreak threatens those who search for Alex, including his father, Richard. In the end, it will threaten the very existence of the wood itself and of its natural mythagos.