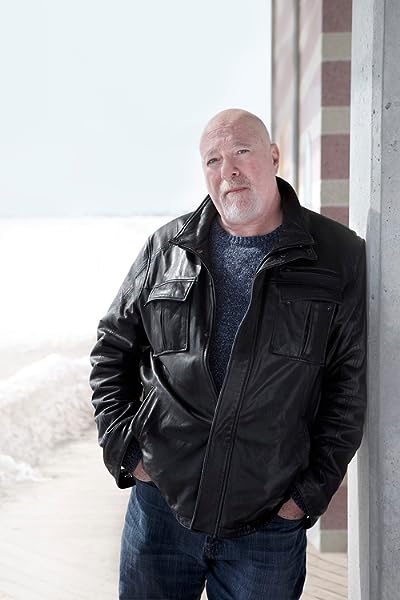 by Reed Farrel Coleman (Author)
4.5 out of 5 stars 31 ratings
See all formats and editions
Sorry, there was a problem loading this page. Try again.
The final novel in one of the most critically acclaimed PI series in the annals of crime fiction!

"Few writers working in any genre offer tales with such moral complexity, dark humor, and, most of all, heart." --Megan Abbott, author of Dare Me

Drunk, alone, and racked with guilt over the tragic death of his girlfriend Pam, Moe Prager is destined for oblivion. But destiny takes a detour when a shadowy figure from Moe's past reappears to beg for Moe's help in locating her missing daughter. As a reluctant, distracted Moe delves into the case, he discovers that nothing is as it seems and no one involved is quite who or what they appear to be. This is especially true of the missing daughter, an early internet sensation known ironically as the Lost Girl or the Hollow Girl. The case itself is hollow, as Moe finds little proof that anyone is actually missing.

Things take a bizarre twist as Moe stumbles across a body in a trendy Manhattan apartment and the Hollow Girl suddenly re-emerges on video screens everywhere. It's a wild ride through the funhouse as Moe tries to piece together a case from the half-truths and lies told to him by a fool's parade of family members, washed-up showbiz types, uncaring cops, a doorman, and a lovesick PI. Even as the ticking clock gets louder, Moe is unsure if it's all a big hoax or if someone's life is really at stake. The question isn't whether or not Moe can find the Hollow Girl, but whether the Hollow Girl was ever there at all.
Read more
Previous page
Next page

"This is Moe's final hunt, and he's going to leave behind a slew of grieving fans, but his story is wrapped up perfectly here, filled with raw social commentary, nostalgia, and guarded hopefulness. Expect those attracted to The Hollow Girl by the reality entertainment elements to be hooked by Coleman's airtight writing in this literary heavyweight PI series." --Booklist, Starred Review

"It's nice to report that Moe...is poised to escape his past at the end of this one.... Revelations...wind up this atmospheric, bluesy case." --Kirkus Reviews

Reed Farrel Coleman is a New York Times bestselling author that has been called a "hard-boiled poet" by NPR's Maureen Corrigan and the "noir poet laureate" in The Huffington Post. He has published more than twenty-five previous novels, including novels in Robert Parker’s Jesse Stone series, the critically acclaimed Moe Prager series, and the Gus Murphy series. A three-time winner of the Shamus Award, he has also won the Anthony, Macavity, Barry, and Audie Awards. He lives with his family on Long Island.
Start reading The Hollow Girl (Moe Prager Book 9) on your Kindle in under a minute.

Called a hard-boiled poet by NPR’s Maureen Corrigan and the “noir poet laureate” in the Huffington Post, Reed Farrel Coleman is the author of twenty novels. He has just been signed to continue Robert B. Parker’s Jesse Stone series and to begin a new series of his own for Putnam. He is a three-time recipient of the Shamus Award for Best PI Novel of the year and a three-time Edgar Award nominee in three different categories. He has also won the Audie, Macavity, Barry, and Anthony awards. He is an adjunct English instructor at Hofstra University as well as a founding member of Mystery Writers of America University. Reed lives with his family on Long Island.

audrey frances
5.0 out of 5 stars classic PI noir, the end of a brilliant series
Reviewed in the United States on 23 May 2014
Verified Purchase
I read a lot of mystery/thrillers, mainly Scandinavian, and this series is one of my absolute favorites. Moe Prager is a weathered Brooklyn ex-cop, and as the story opens he's at the bottom of a bottle. Having lived a life filled with pain and loss and sorrow, he seemed to have finally found happiness when it all went horribly wrong. Then an old acquaintance asks him to help find her daughter, and Moe becomes engaged in the world once again in what is touted on the back cover as the final novel in the series.

The Hollow Girl was an early internet sensation, a controversial performance artist who upset many people when she faked suicide online. Now her mother says she's missing, though it's not clear that she's not just taking a break from her cold, complicated family. Then bodies start turning up. Is the Hollow Girl a victim, or the perpetrator?

One of the best things about these nine novels is Moe's first person narrative. He's a philosophical smartass, and here he reminisces about previous cases and characters, which is a lot of fun. These books are intriguing mysteries beautifully written, and Moe Prager is a wonderful character. This American series can stand toe to toe with the best Scandinavian myseries out there.

Though this is called the "final" Moe Prager novel, it needn't be. Moe doesn't die. He's not even sick. I'm hoping that after taking a break, author Coleman may revisit this amazing series. There's no reason Moe couldn't take another case some day, and I hope he does.

Though these novels can stand alone, the series is best enjoyed in order because Moe's life takes many turns as the cases play out. In order they are: Walking the Perfect Square, Redemption Street, The James Deans, Soul Patch, Empty Ever After, Innocent Monster, Hurt Machine, Onion Street and The Hollow Girl. Dedicated to Moe's fans, this is modern noir at its best.

The Eagles
2.0 out of 5 stars The book is a total waste of time
Reviewed in the United States on 30 July 2017
Verified Purchase
It seems unbelievable that this author received so many positive reviews. I must be an odd-ball. That said, I found that this author does not know how to focus. He is all over the place. He thinks out loud 75% of the time, so the actual writings of the story are few and far between. After reading faithfully the first 1/5 of the book I could not bear it any longer. I decided to skip about every 40 pages and read one to two pages. I did this to the end of the book. The book is a total waste of time. There truly is nothing good about the book. It's trash. I guess the reason it got to many good reviews is because a lot of readers like trash and a lot of readers are all over the place and lack focus in thinking.
Read more
2 people found this helpful
Report abuse

jkobi2011
5.0 out of 5 stars moe and nancy
Reviewed in the United States on 30 November 2016
Verified Purchase
Coleman is a superb thriller writer. Moe follows in the great tradition of American detectives. I have not read all of the other
Moe books so I cannot rate this one as opposed to other ones. I enjoyed particularly the description of Nancy's relationship with Moe. The ending was very good. I get fed up when writers feel that they have to describe every punch and counterblow. its for me sufficient that Moe is in hospital. Hopefully Coleman can do a stand-alone novel. He is such master
as a fiction writer that superlative words don't adequately describe his ability.

MHughes383
5.0 out of 5 stars Sad day if its really over
Reviewed in the United States on 6 August 2014
Verified Purchase
What a great series! If in fact this is the last one it was a great way to end it. This book had a nice little mystery and the way we got involved in moe's life was awesome. Feels like I really know him now I've always liked moe but just seems this one went a little deeper, what with his recovery from cancer and all the past deaths of his women. What a rough life he has had but still seems to care enough to do a great job as a PI. I know he has said this is the end if this series but I sure hope not, there is surely ways Moe could reemerge later on. I'm crossing my fingers.
Read more
2 people found this helpful
Report abuse
See all reviews
Back to top
Get to Know Us
Make Money with Us
Let Us Help You
And don't forget:
© 1996-2021, Amazon.com, Inc. or its affiliates