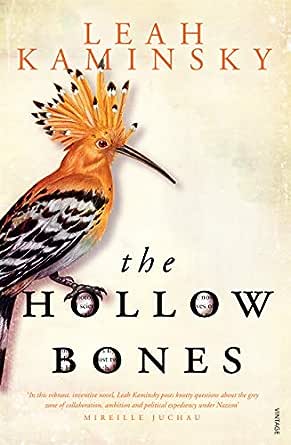 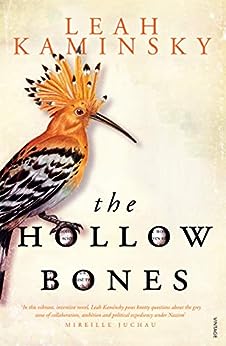 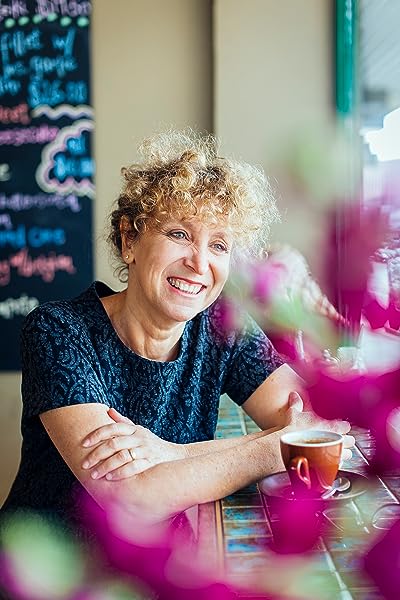 'From the embers of history, Kaminsky weaves a cracking tale of adventure, competing loyalties and the folly of sacrificing reason on the ideological altar.' Author: Bram Presser

The Hollow Bones implores us to pay careful attention to the crucial lessons we might learn from our not-too-distant history.
See all Product description

John Nurse
5.0 out of 5 stars A Scientist Faustian Deal
Reviewed in Australia on 22 March 2019
Format: Kindle EditionVerified Purchase
It is the late 1930's and Ernst Schaeffer is a young, brilliant German zoologist and ornithologist with a successful Ametican-led expedition to Tibet behind him.

Schaeffer is offered the opportunity to lead his own team on an even more extensive Tibet expedition which will allow Schaeffer to pursue all of his ambitions.

But Schaeffer is, by now, an SS officer, under the direct command of Heinrich Himmler who want to use the trip to gather evidence to support his theories of Aryan superiority.

At each stage of his imperceptibly slow slide from pure scientist to SS functionary, Schaeffer, like Faust, must make compromises, make deals with his own personal devil.

Sharon Ramel
5.0 out of 5 stars Amazing
Reviewed in Australia on 30 March 2019
Format: Kindle EditionVerified Purchase
You will be drawn in deeply from the first words on the page and sit reading wrapped in the richness until the last word. Enjoy
Read more
Helpful
Comment Report abuse

Jennifer Cameron-Smith
TOP 10 REVIEWER
5.0 out of 5 stars ‘Soon we will both disappear forever, our story hidden away in dusty archives.’
Reviewed in Australia on 25 April 2019
Format: Kindle Edition
Ms Kaminsky has based her novel on the 1938 expedition by Ernst Schäfer to Tibet. The expedition, funded by the Schutzstaffel (SS) to find the origins of the Aryan race:

‘You are to bring back evidence of what we already know is the truth – that our pure German blood comes from an ancient warrior race born in the foothills of the Tibetan Himalayas.’

In this novel, Ms Kaminsky explores what motivates Ernst Schäfer. As a child he spent a lot of time in the forest with his childhood sweetheart Herta: he loved nature. But in 1938, on the eve of war and now married to Herta, Ernst comes to the attention of Heinrich Himmler. Ernst is torn by his ambition, becomes obsessed and makes compromises that corrupt.

‘I don’t give a damn what hocus-pocus they are conjuring up in that haunted castle of theirs. If Himmler wants to believe ancient Aryans conquered Asia, who am I to challenge him? As long as he coughs up the money for this trip, I’m happy.’

And Herta? She senses danger but remains loyal.

‘Where was that young child who would frolic in the woods? Some days she still saw, him bathed in sunlight, the boy she knew before, eyes the colour of honey. But duty had blocked his ears to her pleas, while Tibet oozed in through the cracks in the windowpane and floated in through the front door.’

There’s another voice in this story: the voice of a panda cub. This panda cub was shot and stuffed by Ernst Schäfer and is (still) in the Philadelphia Museum of National History. The panda cub provides a view back through events from 2019, his observations reminding us that while time passes, attitudes can remain constant. The panda cub is yet another victim.

‘To collect was to control.’

Initially I found the voice of the panda cub disconcerting, but once I focussed on the message rather than the messenger, it worked beautifully for me. A panda, trapped behind glass, reminding us (oh so gently) of the value of life. Reminding us that destruction is so often a consequence of understanding.

‘We are men of science, not followers of fairytale and superstition.’

I finished this novel, full of conflicting feelings about the content, full of admiration for the way in which Ms Kaminsky wrote it. It is haunting and heartbreaking, a novel to read and reflect on.

Jacquie Garton-Smith
5.0 out of 5 stars A thought-provoking literary and historic journey
Reviewed in Australia on 16 July 2019
Format: Kindle Edition
The Hollow Bones is a fascinating read on multiple levels, and one that has left me thinking weeks after finishing it.

This is an extraordinary insight into Ernst Schafer, a man I had not heard of despite the calibre of his SS connections. Through Ernst's views woven with those of his childhood sweetheart, Herta, the juxtaposition of love, friendship and family, with scientific pursuit, ambition and single-mindedness during a dark period in history are examined. How challenging it must have been for author, Leah Kaminsky, the daughter of a Holocaust survivor to inhabit the mind of an SS officer to write this novel. The extensively researched product is a stunning exploration of human character, an attempt to understand why and how a person, and indeed many people, could be carried on a wave of such evilness.

At a time when authors are being criticised for writing characters disparate from themselves, key here is the lack of stereotype, the flawed but nuanced characters with surprises. I wonder if the point of difference is in striving to understand rather than gloss over, to challenge our thinking, to make us question how these movements take hold and if we were so placed, what the outcome might be?

And one of the most unusual characters gives a small but charming voice to the creatures Ernst Schafer hunted and collected - poignant but also reminding us of the "life" and meaning embodied in his form.

Like the best literary prose, Kaminsky's writing is evocative and beautifully crafted while entirely approachable. And like the best historical fiction, The Hollow Bones puts us into another era, both elucidating and thought-provoking to the end, leaving many questions to ponder.
Read more
Helpful
Comment Report abuse
See all reviews from Australia

cousinliz
5.0 out of 5 stars read this book
Reviewed in the United States on 3 July 2019
Verified Purchase
i loved the book. i am on team panda .... he is charming and honest and with out knowing he reveals the world around us!
Read more
Helpful
Report abuse