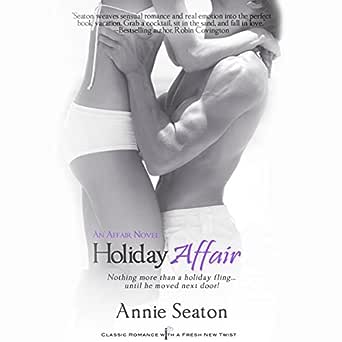 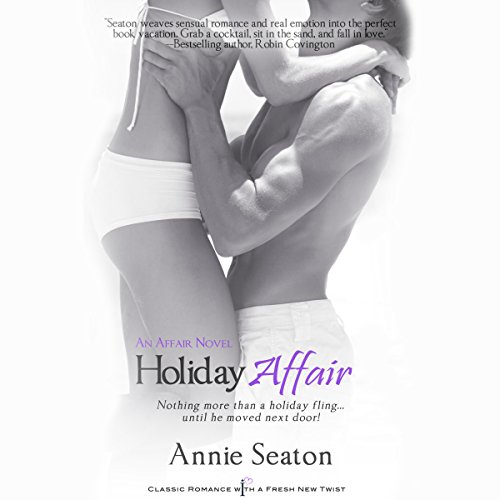 4.0 out of 5 stars
4 out of 5
61 global ratings
How are ratings calculated?
To calculate the overall star rating and percentage breakdown by star, we don’t use a simple average. Instead, our system considers things like how recent a review is and if the reviewer bought the item on Amazon. It also analyses reviews to verify trustworthiness.

James
5.0 out of 5 stars Good mix of sea and bush
Reviewed in Australia on 27 August 2018
Verified Purchase
See what happens when there are two people doing what they want but still doing what is expected of them
Read more
Helpful
Report abuse

Bec
TOP 500 REVIEWER
4.0 out of 5 stars Wonderful read that had me looking forward to the other books of this series!
Reviewed in Australia on 10 January 2018
Lissy McIntyre would rather settle for mutual respect in a relationship than love, so Nick Richards would be the last person she should get involved with, especially when he's not the settling down type. However, the moment she meets him, she finds it hard to stay away because of the sizzling chemistry and their heated kisses. Will Nick realize that Lissy is his Ms. Right before it's too late, or will he let his past cost him this chance at happy ever after?

What a delightful read Ms. Seaton has delivered in this first book of her Affair series, which provided the perfect combination of emotion, chemistry and tension that had me reading quickly determined to discover whether these two would get their happy ever after, considering this couple's relationship keeps moving one step forward then two steps back. Seriously, they come off as enemies half the time, as she knows Nick isn't a man ready to settle down and give her the kind of love she deserves.

As for the dialogue, it was riveting and intense due to the way the main characters interact with each other and their back stories. The hero has been hurt by past relationships and isn't willing to be hurt again, which is understandable. Yet, at the same time, the heroine is good for him. Will he see that Lissy is his Ms. Right before it's too late? Moreover, I liked the hero's confidence and his playfulness, as he sways the heroine's decision. She should be wanting love, not to settle for mutual respect and just liking someone. While the heroine, she's hard-working, independent, and I liked how determined she was to resist the heroine, although it seems inevitable that they'll give into their chemistry sooner rather than later. I also liked how much of a challenge the heroine presented for the hero. Nick's charm doesn't work on her as much as he hopes.

Overall, Ms. Seaton has delivered a really good read in this book where the chemistry between this couple was powerful; the romance on the sweet side; and the ending had me worried for one of the main characters, but had me so happy because of the words the hero says to the heroine to prove to her that she's the one for him. I would recommend Holiday Affair by Annie Seaton, if you enjoy the enemy to lovers trope or books by authors LE Rico, Jody Holford, Charlee James and Barbara DeLeo.
Read more
Helpful
Report abuse

David Whittingham
1.0 out of 5 stars Waste of time
Reviewed in Australia on 26 December 2020
I don't do surveys so please refrain from asking me to review this book. It was not a requested or ordered book. Waste of time. Thank you
Read more
Helpful
Report abuse
See all reviews

Rachel
5.0 out of 5 stars Holiday Affair by Annie Seaton: FAB!
Reviewed in the United Kingdom on 27 March 2012
Verified Purchase
This new Entangled Indulgence release made my weekend! A well written sensual romance that had me gripped until my Kindle ran out of power. Evocative scenery, sensuality, sparkling dialogue and delightful characterization made this book a real treat. I can't wait for this author's next book. Wonderful!
Read more
One person found this helpful
Report abuse

angela peters
3.0 out of 5 stars not too bad
Reviewed in the United Kingdom on 10 December 2012
Verified Purchase
not too bad a read but i found it very predictable. Characters weren't very interesting and i found myself skipping chapters.
Read more
Report abuse

Angie
2.0 out of 5 stars Holiday Affair
Reviewed in the United States on 4 September 2014
Verified Purchase
Holiday Affair started off as a fun Summer Romance, but then it quickly fell apart. Lissy is taking a tropical vacation before she heads back to work as a History professor. There she meets Nick, who is quite the charmer, but she learns that he always makes a bet with his mates about which woman he'll bed from each boat trip and she's the lucky one. Lissy can play that game too, but eventually their attraction takes over, and she figures it's okay because she'll never see him again. Wrong! He's her new neighbor and the newest History professor at her university, and she's just been assigned to be his research assistant. On top of that, his brother just asked her to marry him! What a mess!

There were a lot of elements I really liked at the beginning of Holiday Affair. There's misunderstandings, mistaken identities, coincidences, and tension! Unfortunately, none of it really worked together. I liked how Nick's brother, Thomas, is very practical and asked Lissy to marry him based on their friendship and compatibility, rather than love. Nick thought they were actually dating, and says he can't trust Lissy since she's like the other women who had messed with him and his brother previously. However, when Thomas realizes the attraction between Nick and Lissy, his reaction is basically "Oh, well be careful" and doesn't give Lissy a second thought. A big deal was made about how some woman came between them before, so I was expecting something more since history is repeating itself!

About halfway through Holiday Affair is when it completely lost my interest. Lissy and Nick are infuriating! They keep falling into each others beds, and then the next morning one of them is giving the other the cold shoulder. They fight about how they can't trust each other, avoid each other for several days and then do it all again! I love enemies-to-lovers romances, but this was just enemies who have sex and continue to hate each other. I swear they were about to start throwing punches at any moment! I know this was meant to rack up the tension between them, but I didn't sense any lust or love. Just pure distaste.

Then Lissy and Nick decide to be civil while they head off to interview some island natives, Holiday Affair just became boring. I could not wait to be finished! Plus Lissy has a moment where logic seems to have left her completely. Of course something big has to happen to make them realize they can't live without each other, and I was just not feeling it. There was a lot of opportunity for interesting drama and sexual tension, but I felt none of it.
Read more
11 people found this helpful
Report abuse

singingknitter
4.0 out of 5 stars a satisfying read
Reviewed in the United States on 3 September 2015
Verified Purchase
This is my first Annie Seaton book and I must say, I am going to be reading some of her other books. Her character development and intertwining stories were easy to follow and kept my interest throughout. I liked that her heroine, Melissa, was successful and practical, ( to a fault), and that the man of her dreams, Dominic, was also a very intelligent person. They were well matched despite the trials of their relationship. I also liked the fact that her "boyfriend" Tom, was not portrayed in a bad light but instead as a very organized and nice guy. That made Melissa seem a more caring, realistic person. I enjoyed the introduction of family members on both sides and their influence on the main characters. It added depth and warmth to this wonderful story. My only problem was, at the end, I didn't really see Lissy opening up with pronouncements of love like Nick did. I would have liked a bit more in that dialogue. I also enjoyed the steamy parts that didn't overwhelm the story with too much detail, but instead just added to the understanding of their mutual attraction and issues. I would definitely recommend this book to my friends!
Read more
One person found this helpful
Report abuse

The Princess Talks
2.0 out of 5 stars Female lead lacking maturity
Reviewed in the United States on 8 November 2015
Verified Purchase
Spoiler alert. I seriously wanted to strangle Lissy aka Melissa. She made most of the trouble in this book and then wondered why Nick didn't trust her. What person would trust you after they had a holiday fling with their brothers girlfriend. And she didn't even explain to nick that her and the brother were barely dating. Then even though she couldn't keep her hands off of nick she still planned to marry and hurt his brother tom, just to spite nick. I know nick left her without saying goodbye, but at least he wasnt seeing someone and at least didnt try to hurt the people she loved. I really hated how the tone of the book made it seem like all the trouble was because if nick and that none of the characters never really told lissy that she was acting like a little kid.
Read more
One person found this helpful
Report abuse
See all reviews
Back to top
Get to Know Us
Make Money with Us
Let Us Help You
And don't forget:
© 1996-2021, Amazon.com, Inc. or its affiliates