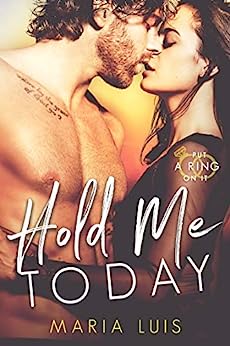 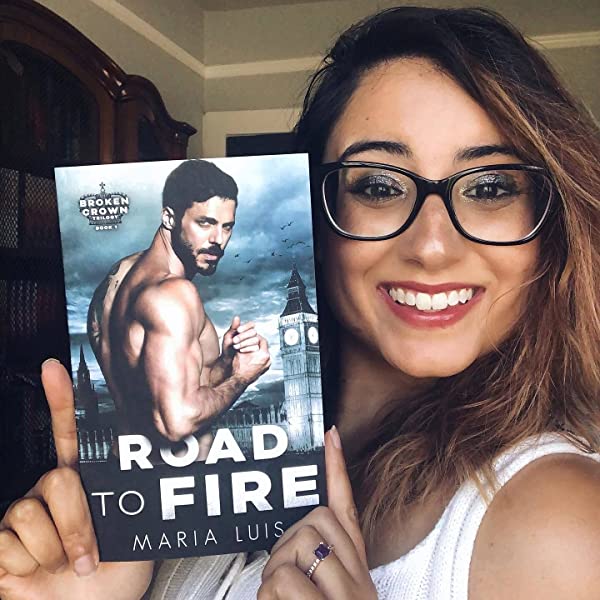 Kindle Customer
5.0 out of 5 stars Swoon worthy
Reviewed in Australia on 28 April 2019
Verified Purchase
You won’t want to put this book down. Nick & Mina are the best of frenemies and it makes for a thoroughly enjoyable read. There are moments of sadness but they just make it all the sweeter when things go right.
Read more
Helpful
Report abuse

Kindle Customer
4.0 out of 5 stars Frenemies
Reviewed in Australia on 19 February 2019
Verified Purchase
To push n pull each other throughout their lives n go through some rather heavy emotional dramas to then find themselves revealing their feelings n longings
Read more
Helpful
Report abuse

Kindle Customer
4.0 out of 5 stars Fantastic Book
Reviewed in Australia on 10 June 2019
Verified Purchase
Loved this story. It had everything; humour, sadness, happiness and hope. I will definitely be reading more books from this author.
Read more
Helpful
Report abuse

Lisa Hines
TOP 500 REVIEWER
5.0 out of 5 stars Review: Put A Ring On It 1: Hold Me Today
Reviewed in Australia on 1 October 2019
Hold Me Today by Maria Luis is the first book in her Put A Ring On It series. While the series books can standalone, I picked this up because I wanted to start at the beginning and this was it. Told in dual POV between Mina and Nick this book started out somewhere I wasn't expecting - the tail end of a reality dating show. But this gave us a great introduction to one of the main characters from this book and to the other characters featured in other upcoming books in this series (Kiss Me Tonight & Love Me Tomorrow).

Returning to his home in Boston and home Nick faces the fallout from the dating show and runs into his sister's best friend at a wedding. Mina has a request and a dilemma and she needs Nick's help. The last person she wanted to ask for help but her lifelong dream hangs in the balance and only his skill set will save it.

Frenemies to friends to lovers - to their very own Happily Ever After was a journey beautifully crafted in this story and I'm excited to read more from this author! Enjoy!
Read more
Helpful
Report abuse

sharon jones
TOP 500 REVIEWER
5.0 out of 5 stars Just Brilliant
Reviewed in Australia on 21 January 2019
Reviewed on behalf of 3 Degrees of Fiction book blog.
You know when you're on social media like Facebook and they have those status's that want you to list your one-click authors? Well I never respond to them because who can just whittle it down to one? - not me!! But what I will say is that Maria Luis is one of those authors that are a definite one-click for me. I first fell in love with her hockey series, and since then I have tried to devour every book I can find that she has written. So how could I not be excited when she has released a new book in a whole new series??
Loved the concept of this book, and as it is quite often referred to throughout the book - I did feel like I stepped in to Maria's version of My Big Fat Greek Wedding. And I loved it.
But can I say I especially loved Nick.... What a brilliantly written man. If I were twenty years younger and single, he would be what I would love to have as a partner. Instead I hope that my teenage daughter finds someone like him when she is old enough. Then there is Mina. What a beautiful person - inside & out. She totally deserves Nick, it is like he was actually made for her. They just both had to go through that thing called life until their time was right.
Thankfully, Dom's story will be released in April - not too long to wait.
Read more
Helpful
Report abuse

Lissanne
4.0 out of 5 stars This author is a wonderful storyteller
Reviewed in Australia on 17 January 2019
Maria is a wonderful storyteller. It's clear that she loves to write, loves to create worlds with characters that are relatable and human. I read this book knowing it involved two tropes I don't particularly care for - best friend's sibling/sibling's best friend and reality TV - and with a lesser writer, I know I wouldn't have enjoyed it at all.

Nick Stamos has known Ermione 'Mina' Pappas since they were kids. Mina has had a crush on Nick since they were teenagers. They've never really been friends - his sister, Effie, has been the buffer - but they've always been in each other's orbit. When Mina desperately needs help to create her dream salon, she turns to Nick and his construction company for assistance. But she doesn't have any money, after being ripped off by the man she hired to do the work, so Nick makes her a deal: he'll do the work for free if she agrees to fake being his girlfriend to get the paparazzi off his tail, since they're hounding him after he appeared on a Bachelor-style reality TV show.

The more time they spend together, the more they realise how much fun they have. They go from frenemies of sorts to best friends. Mina's long buried feelings for Nick surface again, and Nick finally sees Mina in a different light. There are moments of brilliance in this book, some scenes that really stood out. I liked Nick, and I really felt for Mina in some scenes where she's trying to figure out her place in the world.

If you've never read any of Maria's books, you really should, because this girl can spin you quite the tale :)
Read more
One person found this helpful
Helpful
Report abuse

Leyns
TOP 500 REVIEWER
3.0 out of 5 stars 3.5 stars.
Reviewed in Australia on 11 February 2019
I liked it. I just have never preferred storylines where the heroine has been pining for the hero her whole life, and the hero knew it, but has never shown any interest. Sure, he later says that she was always special to him... but it wasn’t very believable to me because he’d turned her down in the past without regrets. It seemed that it never occurred to him to be interested in her in that way. The only thing that might have made me think differently was his parents reaction to their relationship, but that was never explained.
Otherwise, I did like the story. I was kind of disappointed with her reaction at the end, but overall it was a good read.
Read more
Helpful
Report abuse
See all reviews

Karen Galloway
5.0 out of 5 stars A Fantastic, Romantic Story
Reviewed in the United Kingdom on 19 January 2019
Verified Purchase
I voluntarily reviewed an arc of this book. I really loved this book from Maria Luis. This was a fantastic read and has a great, interesting, well written storyline, I couldn't put it down, it totally pulled me in and kept me glued from start to finish. The chemistry and interaction between the interesting, engaging characters makes this a super, enjoyable, entertaining, must read romance
Read more
4 people found this helpful
Report abuse

Brenda
5.0 out of 5 stars Fantastic Read
Reviewed in the United Kingdom on 20 January 2019
Verified Purchase
Maria never disappoints, she is one great writer. This book has it all and if you need to be uplifted then read this and after you will be searching for all her other books because they are all so so good.
Read more
2 people found this helpful
Report abuse

E Rowe
5.0 out of 5 stars What can I say?
Reviewed in the United Kingdom on 9 January 2021
Verified Purchase
I've been on a Maria binge lately 😁 I've had this book on my Kindle for a while, but only just got round to reading it now. I won't give any spoilers (even though I myself love them 🤣) but I will say I Ioved this book so much. I cried for Mina and what she went through.in her past, but she was such a strong woman, and I couldn't help but fall in love with her. Nick, oh he is such a wonderful man, and even though it took him long enough to get there, he did, and it was worth it 🥰
Read more
Report abuse

CMM
5.0 out of 5 stars Instant winner
Reviewed in the United Kingdom on 27 August 2020
Verified Purchase
This lady gets me every time!
Her writing is fab! And this book is no different. Sweet sexy and oh so very well told. Im so in love with Mina and Nick!
Read more
Report abuse

Laura C
5.0 out of 5 stars Fantastic
Reviewed in the United Kingdom on 19 January 2019
Verified Purchase
Another fantastic book from Maria! You will love it. Can't wait to read the next one in the series.
Read more
One person found this helpful
Report abuse
See all reviews
Back to top
Get to Know Us
Make Money with Us
Let Us Help You
And don't forget:
© 1996-2021, Amazon.com, Inc. or its affiliates