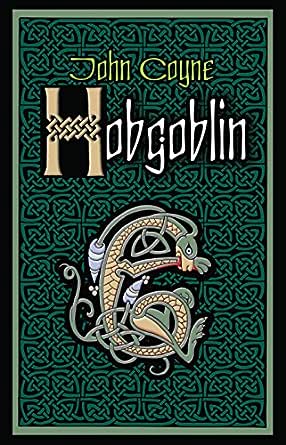 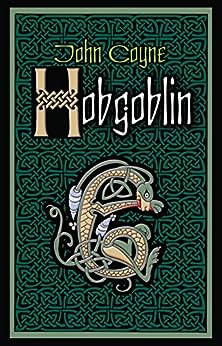 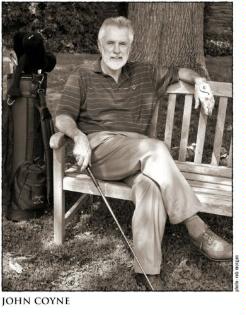 American author John Coyne has written more than 25 books, including a number of horror novels. His short stories have appeared in anthologies such as Modern Masters of Horror and The Year's Best Fantasy and Horror. --This text refers to the paperback edition.

4.1 out of 5 stars
4.1 out of 5
14 global ratings
How are ratings calculated?
To calculate the overall star rating and percentage breakdown by star, we don’t use a simple average. Instead, our system considers things like how recent a review is and if the reviewer bought the item on Amazon. It also analyses reviews to verify trustworthiness.

Michael T
2.0 out of 5 stars Did not age well
Reviewed in the United States on 6 September 2020
Verified Purchase
I got this book in the 80's via the Science Fiction Book club. Long lost I picked it up on Kindle for a trip down memory lane, but wow. This book does not age well at all, this was written during the time when D&D was being band from schools because it could cause you to worship the devil and/or go crazy, and movies like Tom Hanks Mazes and Monsters were being made.

The lead (Scott) tries to kill himself, so yeah after one visit to a shrink he's fine. He is sent of to a school where he plays football, is knocked-out and the coach laughs at him, meanwhile at every step he is beat him up and bullied. So he tried to kill himself, but his girlfriend doesn't tell anyone because "all the kids do it". Meanwhile his girlfriend is kidnapped and forced to strip down her underwear and tied up, but she doesn't report it.

You don't see moms like this anymore, she is a) scared b) doesn't understand teenage boys c) trembles at her new boyfriends touch (a guy she meets nine months after her husband of 15 years and her ONLY man she's ever been with dies. Well, that was quick) . Unlike 2020 books, she isn't able to beat up football players with one hand tied behind her back and wield swords like she's done it her whole life, instead she hides and cries.

Mike Robinson
4.0 out of 5 stars Hobgoblin..come for the fantasy, stay for the mystery!
Reviewed in the United States on 26 January 2017
Verified Purchase
I first read this in high school as a big D&D player and enjoyed it, but somewhere in the last 30 years lost my hardback copy. I was glad to see it available finally on Kindle. It's a great read but is more mystery/suspense than fantasy. Having lived thru the whole Satanism/demonic scare of the 80's as a D&D player (and came out a normal, respected citizen, father of 3 amazing kids, and a devoted Christian who still loves fantasy and video games lol) I could relate to the psychological aspects of the story. Nice trip of nostalgia.
Read more
2 people found this helpful
Report abuse

Amazon Customer
4.0 out of 5 stars Not as good as I remember
Reviewed in the United States on 29 April 2016
Verified Purchase
When I first read this some 30 or so years ago, I remember it being a much more horrifying story. I still really enjoyed it as an adult, though there were a few things that really could have been better:
1) I didn't understand why any girl would be interested in Scott. The kid had so many cringe worthy scenes of immaturity that I couldn't figure out why Valerie even gave him the time of day.
2) There is a scene where Valerie is basically assaulted, tied up, and left naked in a cemetery. After this, the main characters try to decide what the right course of action to take might be. They almost immediately throw out the idea of getting the police involved. What?!
3) Barbara's death just kind of ... happened. She was probably the character I respected the most, and when she was killed off I would have quit the book, had it not been nearly finished.
Read more
2 people found this helpful
Report abuse
See all reviews
Get FREE delivery with Amazon Prime
Prime members enjoy FREE Delivery and exclusive access to movies, TV shows, music, Kindle e-books, Twitch Prime, and more.
> Get Started
Back to top
Get to Know Us
Make Money with Us
Let Us Help You
And don't forget:
© 1996-2020, Amazon.com, Inc. or its affiliates