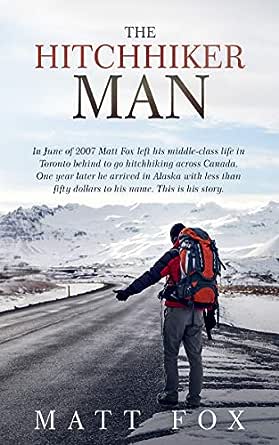 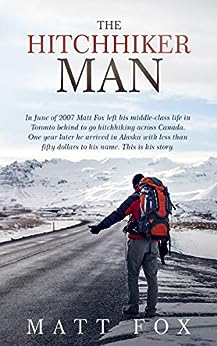 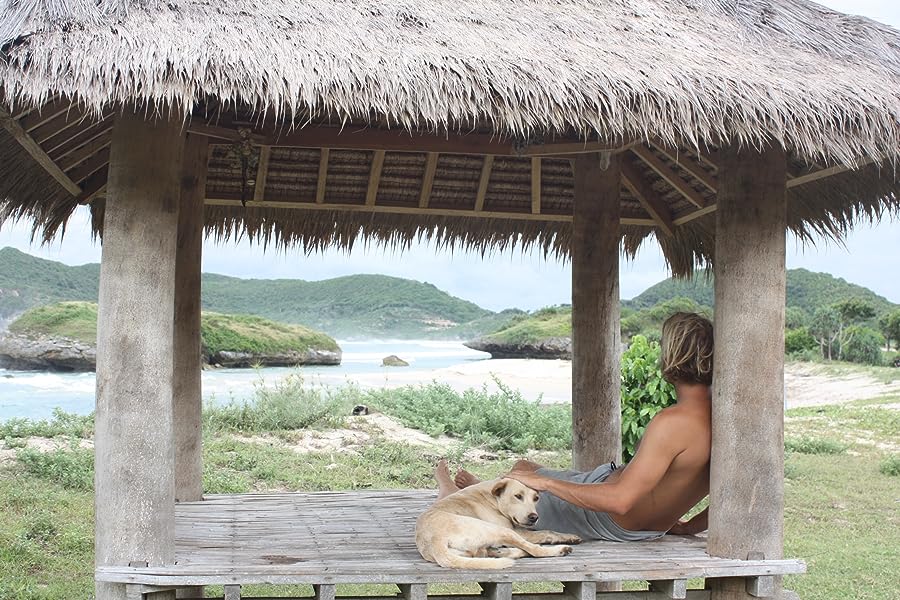 A surprising discovery! An intriguing read which keeps any fan of travel and adventure hooked to the last page. Anyone looking to escape the mould of modern day society should start with this book!

A blow by blow account of experiences most will never live through. Matt demonstrates that you can be in the moment and learn the lessons provided by life when you’re prepared to step outside your comfort zone. I actively sought out time to read this book, wanting to know what was about to happen, and with who, in the next chapter. Now, I’m off to book a flight to Canada!

When you’re willing to step outside your comfort zone, the world awaits.
In 2007, Matt Fox—a recent graduate who studied strategic decision-making in university—found himself alone on the side of a highway with no plan other than to see where his thumb and the road would take him. For the next two years, he would travel across Canada to Alaska and back, experiencing life in a way most people never will…a life beyond his comfort zone.
Along the way, he encounters adventures he never imagined—sleeping under the stars, sneaking into drug-fueled music festivals, and working at ski resorts and local farms to earn enough for his next meal. He also confronts danger—and his own mortality—from a life-threatening injury in Whistler, to a confessed murderer in Banff, to a hungry grizzly in Alaska. But most importantly, Fox learns that life isn’t about getting to the destination, but enjoying each moment along the way. From feeling like an invisible outcast on day one to a man comfortable in his own skin no matter the circumstance, The Hitchhiker Man is the unforgettable story of how one man got lost on the road, and ultimately found himself.

"The sound of something breathing deeply woke me up from my sleep. The strange noise provided a quick reminder that I was camping in Denali National Park – six million acres of raw Alaskan wilderness. I held my breath and hoped that whatever was beyond the thin fabric wall would go away.
The tent shook violently. I looked around, but I couldn’t see in the pitch-black night. Then the tent became still again. I could hear the creature’s claws tear the thick Alaskan moss as it circled us. I hoped it wasn’t a grizzly, but I had seen so many that morning there was no doubt that it had to be.
My friend Heidi was sleeping peacefully beside me, unaware of the dire situation we were in. I couldn’t decide if I should wake her or let her sleep. Then the tent shook again. She had to know. It might be the last time we speak.
I remembered the girl who had given us a ride that morning who had insisted that we got bear spray. She took us to the store to buy some. It was thirty dollars, but I only had fifty to my name, so I left it on the shelf. It seemed like the biggest mistake of my life.
How did I end up in Alaska in the first place? I thought. When only a year before I had been living a normal middle-class life near Toronto. One decision to go hitchhiking had changed the path of my life forever. But I had no regrets for the decisions I had made. I had chosen what I thought was the right path for me and perhaps that path had finally come to its end. I said goodbye to the ones I loved then thanked the universe for the life I had lived before sitting and waiting in silence."

Steve
5.0 out of 5 stars A must read life changing adventure
Reviewed in Australia on 23 September 2019
Format: Kindle EditionVerified Purchase
This true account of Matt's epic journey across Canada will force you to utilise every aspect of your seat; from the backrest, as you lean back and ponder your existence, all the way to the edge, as you eagerly claw through the pages to find out what happens next.
Read more
Helpful
Comment Report abuse

N. N. Light
4.0 out of 5 stars Recommend to adventure and travel junkies!
Reviewed in Canada on 5 December 2019
Format: Kindle EditionVerified Purchase
This is quite a book about life choices and philosophy. No matter what challenges you are facing in life, this book might open your eyes to what you could accomplish if you stepped out of your comfort zone. In many ways this tale of hitchhiking is as important as a book of philosophy as it is a true-life tale.

Very few people would have the guts to take the journey that the author takes. It has been said before, but it is worth saying again... it is much better and safer for people to live this trip vicariously through the reading of this book. Not many people on this side of sanity would ever think of camping in a tent in Denali without any supplies or bear spray so getting to read someone doing it is enlightening.

I found the book an enjoyable read and one that I would recommend to people who enjoy adventure. About as well-done version of a life tale as I have ever read.

My issues with this book went from the subtle to starker. First, for someone to say they are hitchhiking across Canada but starting in Sudbury instead of Newfoundland is, at least, disingenuous. Geographically speaking, that is hitching halfway across Canada. My bigger issue is Heidi. Who exactly was Heidi to the author? Friend? Lover? What happened to Heidi? I half expected to see an author bio after that stated that he and Heidi were married with a couple of kids. I was left in the end wondering what the heck happened to Heidi?

Brett
5.0 out of 5 stars A thrilling and inspiring tale of adventure
Reviewed in Canada on 8 February 2020
Format: Kindle EditionVerified Purchase
I felt as if I was hitchhiking alongside Matt and Heidi. The Whistler incident had me genuinely scared for my friend though I already knew the outcome.
Can't wait for the next story CP. Love you mate

Sebastian Thomas
5.0 out of 5 stars A good read
Reviewed in France on 10 September 2019
Verified Purchase
Loved it, intriguing read from page one. Makes one think about ones own path in life. Would love to cross paths with this Matt Fox one day, he seems like an interesting character!
Read more
Helpful
Sending feedback...
Thank you for your feedback.
Sorry, we failed to record your vote. Please try again
Report abuse

LJ
4.0 out of 5 stars Held my interest
Reviewed in the United States on 15 October 2019
Format: Kindle EditionVerified Purchase
I was actually surprised the story interested me as much as it did, and kept me interested the entire time. It’s a true story about a hitchhiking adventure the author experienced during a year of his life in his mid-twenties, traveling across Canada into Alaska and his return to Canada.

If the story was professionally edited, I would’ve given it a five star rating. It was entertaining, though-provoking, and even had a bit of suspense. Other than it needing a good solid editor for flow, grammar, some missing elements, and specifically punctuation, it was quite enjoyable.

I’m not a fan of memoirs, usually—even famous people’s—however, this hitchhiking excursion of Matt’s was definitely a worthwhile read.
Read more
Helpful
Sending feedback...
Thank you for your feedback.
Sorry, we failed to record your vote. Please try again
Report abuse

Rhi Reader
5.0 out of 5 stars Excellent inspiring read!
Reviewed in the United States on 12 September 2019
Verified Purchase
Amazing book, loved every page. This book takes you not only on a physical journey to Alaska but also a journey through the authors mind. A similar read to "Into the Wild" but lighter and easier to read. This book keeps you interested right to the end with many interesting experiences and life lessons along the way. A MUST read for all.
Read more
Helpful
Sending feedback...
Thank you for your feedback.
Sorry, we failed to record your vote. Please try again
Report abuse

Amazon Customer
4.0 out of 5 stars Good Read
Reviewed in the United States on 30 October 2019
Format: Kindle EditionVerified Purchase
Having hitched many of these roads myself I was curious about the book. Its a good read and certainly worth $3. Pretty cool to see the author go from citified wimp to a dude that can pretty much deal with anything. Except bears haha. Amazing what challenging yourself can do.
Read more
Helpful
Sending feedback...
Thank you for your feedback.
Sorry, we failed to record your vote. Please try again
Report abuse

bicycler
4.0 out of 5 stars It educates the reader
Reviewed in the United States on 27 January 2020
Format: Kindle EditionVerified Purchase
Reader sees how many people live on the edge and use drugs.
Read more
Helpful
Sending feedback...
Thank you for your feedback.
Sorry, we failed to record your vote. Please try again
Report abuse