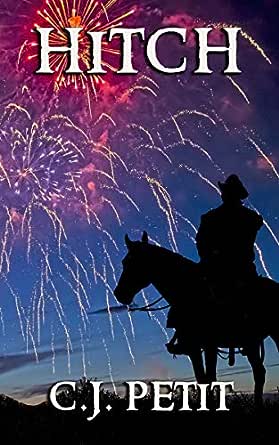 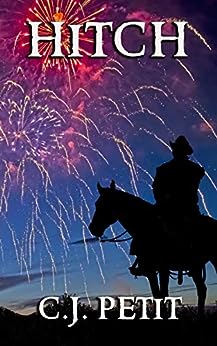 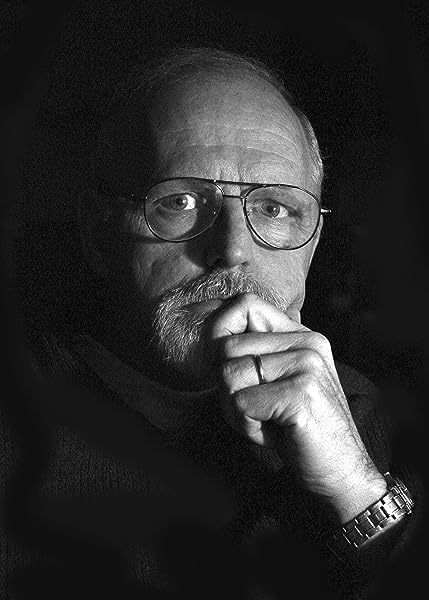 Toby took the conductor’s hand as he stepped from the train in the dark night unsure of why his mother had sent him away. The conductor had his travel bag in his hand and Toby looked at the shadowy, unlit buildings as he was led down the street.
After five minutes, the conductor guided him to a bench on the boardwalk of the sleeping town, then left his bag on the bench with him.
“Now, son, I gotta leave you here. You stay there until the sheriff comes and he’ll find your aunt for you. Okay?”
Toby nodded, said, “Thank you, sir,” then the conductor patted him on the head, turned and left.
Toby was more confused than afraid as he sat in front of the jail. No matter what else happened, he knew that he would have someone go back to the farm and bring his mother back to him.
Three hours later, the sheriff led him into the diner where he introduced him to his uncle, Hitch Nelson.

Jeanette
5.0 out of 5 stars Another goodie.
24 January 2020
Format: Kindle EditionVerified Purchase
Yet another great read from C.J. Petit...thank you Sir for transporting me from the pain in my body again. The hours speed by while I am in the world of whatever I a am reading. Another goodie with Hitch. I hope many others enjoy your works as much as I do. 🌺
Read more
Helpful
Comment Report abuse

donna
5.0 out of 5 stars Superb,
19 September 2019
Format: Kindle Edition
Another fabulous book by CJ Petit. This time it's about twins Jack and Hitch, and Louise and Clair. And some really awful bastards who make their lives hell. Fellow readers this is another fantastic book that I know you all will enjoy. I can't wait for the next and next books that this wonderful writer has to offer us avid readers
Read more
Helpful
Comment Report abuse

Anne Templeton W
5.0 out of 5 stars Enjoyed the book but the Bio was the best
25 August 2019 - Published on Amazon.com
Format: Kindle EditionVerified Purchase
You are one of my favorite authors I have been following since book one and have purchased almost every one of them even though I subscribe to Kindle Unlimited...I wait for each new addition knowing you have health issues but your talent and dedication is such a shining star to all of us with our burdens to bear....I have had MS for many years and your books are a bit of help to me as well as many others...5 stars to your daughter as well I wish I had one of my own...Keep up the good work as long as you can...Lots of love a big fan of all your cowboys and cowgirls
Read more
16 people found this helpful

Kindle Customer
5.0 out of 5 stars A CJP. Western Murder Mystery Action Adventure (H)
25 August 2019 - Published on Amazon.com
Format: Kindle EditionVerified Purchase
CJP. has penned his 56th western novel that is a combined murder mystery and western action adventure. CJP. has written numerous stories with very different characters and as usual he has met the mark. The surprising part of this read is the murder mystery. Well planned and executed. The action begins early and continues to the end. This is an excellent read for the genre.....DEHS
Read more
10 people found this helpful

Kindle Fire Charles Castell
5.0 out of 5 stars Mr. Petit does another magnificent rendition of our old American western folklore adventures with Hitch which has so many exciting episodes it is hard to specify an individual accomplishment! Great job by a premiere western Author!
9 September 2019 - Published on Amazon.com
Format: Kindle EditionVerified Purchase
Definitely five stars worthy as Hitch and family fill the pages with one exciting episode after the other. Hitch is definitely am an to be reckoned with, as he doesn't back down from an challenge regardless how tough the adversary appears to be. Some of the most endearing, and compelling, storylines I have had the opportunity to follow, and the character selections were perfectly selected for their assigned roles!
There are so many outstanding accomplishments it is hard to pinpoint an isolated incident,but I thoroughly enjoyed the demise of Al WIlson. To there are plenty of romantic interludes to pacify anyone's appetite, and I definitely enjoyed the outstanding camaraderie of Hitch's family and the many cowhands! If you don't enjoy one episode, just hang on, as the next one will bastion out of your seat!
Definitely recommend this compassionate storytelling masterpiece to all readers, regardless of your reading preference. But believe me all of you dyed in wool western enthusiasts will definitely find yourselves completely engrossed from beginning to end! Pleas!! Do not fail to follow Mr. Petit, as he will pacify your every whim in this outstanding family-friendly accounting of old western adventures!😀😀😀😀

Paul M. Harman
5.0 out of 5 stars A Review Of Hitch
15 September 2019 - Published on Amazon.com
Format: Kindle EditionVerified Purchase
A great innovative and original story with an unusual start that just jump starts all the action and new characters. Good guys and bad in the 1880’s in Texas ranch country. Young six year old Toby is put on a train in the middle of the night to take him to Crockett to be handed over to his aunt. His mother living like a prisoner on a farm with her husband and his outlaw friends is concerned for his safety. What follows makes a great story and interesting reading. Hitch, the main character and hero accepts Toby from the sheriff and takes him to his sister. After reading Toby’s mom’s letter he is concerned for Clair’s safety and decides to rescue her. Then the adventure starts.
Read more
6 people found this helpful

JimThorne
5.0 out of 5 stars Sit back and enjoy
25 August 2019 - Published on Amazon.com
Format: Kindle EditionVerified Purchase
Hitch is the latest offering in the CJP Western of the Month Club. If you are a frequent reader then you will be satisfied with an entertaining familiar tale...flawed but good Heroes, abused/redeemed ladies, villains with no redeeming qualities and prairie justice meted out in various ways (crocodiles and quicksand is a first). If this is your introduction to the Way the West Was according to CJP don't look too close or the story starts to fall apart. Instead sit back from afar and just enjoy an evening of entertainment and then go enjoy the other 55.
Read more
6 people found this helpful
Go to Amazon.com to see all 237 reviews 4.6 out of 5 stars
Get FREE delivery with Amazon Prime
Prime members enjoy FREE Delivery and exclusive access to movies, TV shows, music, Kindle e-books, Twitch Prime, and more.
> Get Started
Back to top
Get to Know Us
Make Money with Us
Let Us Help You
And don't forget:
© 1996-2020, Amazon.com, Inc. or its affiliates