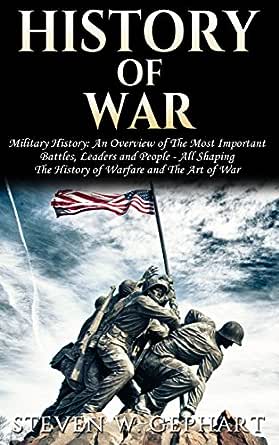 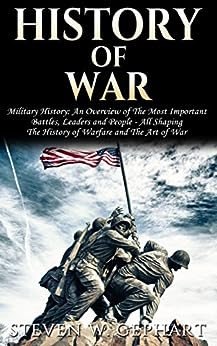 History of War: Military History: An Overview of The Most Important Battles, Leaders and People - All Shaping The: History of Warfare, and The Art of War ... the Roses, Vietnam War, Vietnam War Book 1) Kindle Edition

Mallory A. Haws: The Haunted Reading Room Reviews
5.0 out of 5 stars Sensible and Thought Provoking Overview
Reviewed in the United States on 21 October 2018
Verified Purchase
I'm sure there are multi-volume histories of the world's wars, there've been so many. This guide, however, is intended to be a brief survey, pointing out major events and some important historic personages. Discussing some of the ideologies also inspires food for thought and further consideration and historical research.
Read more
Helpful
Sending feedback...
Thank you for your feedback.
Sorry, we failed to record your vote. Please try again
Report abuse

Larrson Speed
5.0 out of 5 stars Taking note of the incredible contributors
Reviewed in the United States on 19 October 2016
Verified Purchase
The book has a lot about History and the men who changed the world either positively or negatively, This noted in the History about Napoleon Bonaparte, Our fore fathers like George Washington, a distinguished American Revolutionary, the French Revolution and the Heroes in the History like Dwight D. Eisenhower among others.
Read more
Helpful
Sending feedback...
Thank you for your feedback.
Sorry, we failed to record your vote. Please try again
Report abuse

Dave M
5.0 out of 5 stars Great Short Read!
Reviewed in the United States on 17 December 2016
Verified Purchase
I really enjoyed this mini-edition... I like the perspective the author is writing from. I don't feel force feed content from any particular bias or way of thinking. My favorite part of the book: The Battle of Waterloo in chapter 6 really delves into great content of the historic battle. Great book to gain knowledge on some historic battles!
Read more
Helpful
Sending feedback...
Thank you for your feedback.
Sorry, we failed to record your vote. Please try again
Report abuse

Paul S. Bethel
4.0 out of 5 stars Four Stars
Reviewed in the United States on 24 August 2017
Verified Purchase
was ok but not as good a read as some I've read on this subject
Read more
Helpful
Sending feedback...
Thank you for your feedback.
Sorry, we failed to record your vote. Please try again
Report abuse