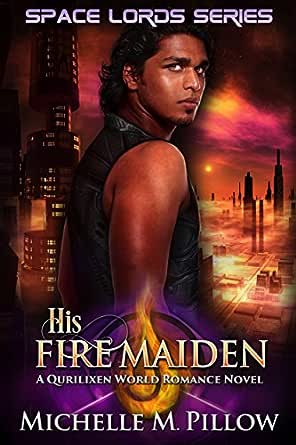 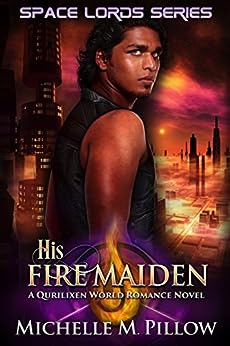 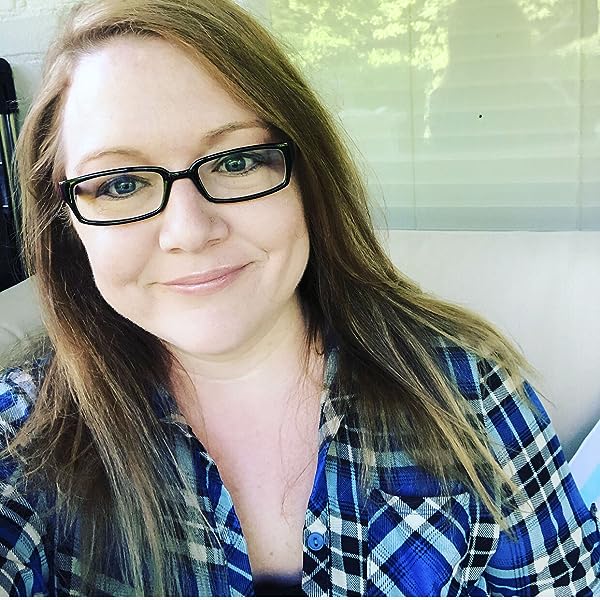 5 Stars! "Michelle Pillow has another great series going on. This is book two and it doesn't disappoint. Hot, sexy, steamy and suspensefully romantic. Very well written I was hooked from page one." - Happy Reader

5 Stars! "loved this story and this series" - Lisa Anderson

susan ross
4.0 out of 5 stars Wow
Reviewed in Australia on 14 January 2016
Verified Purchase
Ok loved the first and couldn't wait for this story but the wait even though loooong was worth it. Great chemistry and love between our hero and heroine.
Read more
Helpful
Report abuse

Robyn
5.0 out of 5 stars Red Hot Bevlon Love
Reviewed in Australia on 15 January 2016
Book 2 in the Space Lord Series is a Winner! In the last series Josselyn confronted her old nemesis Jack and he tried to apologize for all of the wrongdoing that occurred over 100 years ago. Much to her surprise she meets her half-sister Violette. This family reunion is short lived and Jack is killed. Violette’s vengeance is hell bent on killing Josselyn. Josselyn, her husband Evan and the misfit crew are allowed to leave, not before Dev captures the look/glare of Violette. Deep passion is stirred awake within him. This is not like the Bevlon, or at least the half part of him. Dev does want all that the other Fated Mates have, but he has given up on that kind of love. His passion is training and fighting till his is so exhausted. Violette see Dev and is surprised that the same deep passion spark was lit as well. Can these two figure out how to love and not hate? I a twist of fate Dev and Violette are thrown together in a “Shanghai” adventure. Michelle Pillow has done a phenomenal job in the continuation of this story. The laughter, sadness and eventual love that runs through this story is beautiful. Violette fears the loss but in the end gains more than just love, she finds family.
Read more
Helpful
Report abuse
See all reviews

Kindle Customer
5.0 out of 5 stars Fire for fire
Reviewed in the United Kingdom on 3 September 2020
Verified Purchase
Not sure why anyone would complain about this book, it is short and sweet. Dev is just brilliant, strong sexy and commanding, a great compliment to Violett's sassyness. As always the story is great, with background story that adds extra depth and interest. Can't wait to listen to the next books in the series 😁.
Read more
Report abuse

Hanbarn
3.0 out of 5 stars Okay
Reviewed in the United Kingdom on 13 January 2019
Verified Purchase
Not one Of her best but an okay read. Characters were a lot to take in and then trying to understand what happened previously. Was just okay.
Read more
Report abuse

Jenni
5.0 out of 5 stars Entertaining continuation of the series.
Reviewed in the United States on 26 January 2016
Verified Purchase
His Fire Maiden begins where His Frost Maiden left off. The Conqueror and its crew, still pondering the meaning of the 'curse' on five of them - they must recognise their one chance of true love from clues in the elements or forever be alone - have rescued Lady Josselyn Craven from her frozen prison, and now search for the legacy left by her stepfather Jack, dead at Josselyn's hand. Josselyn's half-sister, Captain Violette, prevented by a blood-oath from interfering in her father's death, vows revenge, and nothing and no one can stand in her way. Until a member of Violette's crew kidnaps half-human Dev from The Conqueror, and she is forced to confront the growing attraction between them.
This series is set in the Dragon Lords and Lords of the Var world, and like the rest of the book is well constructed and often humourous. However, I did not think that the characters of Dev and Violette were quite strong enough to carry the story, I felt that more involvement, more interaction from the other characters that we know and love would have made this book just that bit more interesting, or complete maybe, although it did answer questions remaining from "His Frost Maiden". I was also a bit disappointed that the shifters played a very minimal role - they are the one who have provided much of the humour in past books - but that's just my personal taste. I have enjoyed reading about them so much, I'm always wanting more.
Personal preferences notwithstanding, this is still a good book, and although it can be read as a stand-alone, I'd recommend new readers start at the beginning of the Dragon Lords, it's worth taking the journey.

Edited 2019: I have been reading this series again, and I am enjoying it just as much the second time around. Michelle M Pillow's world-building is complex and extensive, and creates a tremendous backdrop for some genuinely entertaining storytelling! Recommended.
Read more
4 people found this helpful
Report abuse

Happy reader
5.0 out of 5 stars Awesome!!!
Reviewed in the United States on 16 January 2016
Verified Purchase
Michelle Pillow has another great series going on. This is book two and it doesn't disappoint. Hot, sexy, steamy and suspensefuly romantic. Very well written I was hooked from page one. This one takes up where book one leaves off. Violet, the daughter of the general that destroyed Jocelyn's world is seeking revenge against Jocelyn for killing her father. She however doesn't know the whole story. Dev is a Bevlin half breed that is not accepted by the Bevlins of his mother's people the humans. He has never felt love. Instant attraction on both sides is sidelined by her need for revenge. Can he help her find her way out of revenge?. This book is so good I didn't put it down until I finished reading it.

I was given this e-book by the publisher for the purpose of an honest review. My conclusions are my own. I was not compensated in any way.
Read more
One person found this helpful
Report abuse

Hsu
5.0 out of 5 stars Loved Violette + Dev !
Reviewed in the United States on 6 August 2019
Verified Purchase
This was a great book !
This is the adventures of Violette and Dev.
Loved the characters + the storytelling !
It has all the ingredients that you need for a great book!
I can't wait for the next book in this series.
Read more
One person found this helpful
Report abuse
See all reviews
Back to top
Get to Know Us
Make Money with Us
Let Us Help You
And don't forget:
© 1996-2021, Amazon.com, Inc. or its affiliates