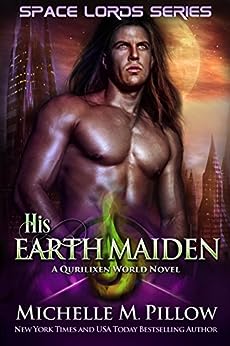 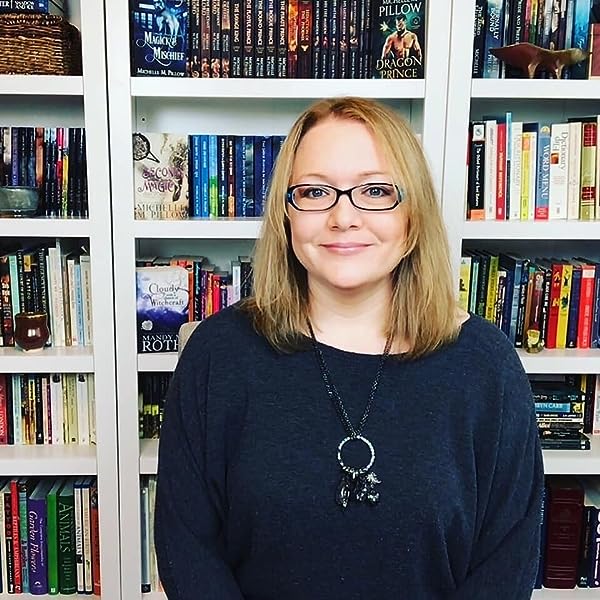 5 STARS! "What a fun and quirky crew, you can't help but love them...danger & high adventure in space." - Joy Kiili

5 STARS! "Once again Michelle M Pillow manages to combine a fast moving plot with humour, suspense, and some endearing characters, and give us a very entertaining read. For me, the best part of Ms Pillow's books has always been the clever dialogue, and this book continues that trend. Five stars" - Jenni

5 STARS! "The book grabbed me right at the beginning. I was impressed with how strong Raisa was, and how she wasn't going to let anything keep her down. ... I hated that I had to put the book down to sleep, stupid sleep. This will be a great re-read many times in the future." - Tootie

About the Space Lords Series

Cursed by an angry spirit’s premonition, this band of space pirates face a lifetime of never finding love…

His Frost Maiden, Book One

"Michelle Pillow shows us the scope of just how far a faction is willing to go to control the out come of a situation... The tale she paints takes you to some very dark places, and then pushes you back up into hope, love and light. Frost Maiden is wonderfully well written, and the story pulls at your heart strings in every way imaginable." - Lee Ann, Coffeetime Romance Reviews (2007)

Check out each series within this bestselling world.

The Qurilixen World is an extensive collection of fan favorite paranormal, fantasy, and science fiction romance novels by author Michelle M. Pillow. They include shifters, space pirates, aliens and so much more!

Note: Each book in each series is a stand alone story.

Michelle M. Pillow is a prolific NY Times & USA TODAY bestselling author with over a million books sold. Though she writes in many genres, she is best known for romance, mystery, and paranormal women's fiction. Her rich world building creates portals for the imagination. She is a winner of the RT Reviewers' Choice Award.

4.7 out of 5 stars
4.7 out of 5
63 global ratings
How are ratings calculated?
To calculate the overall star rating and percentage breakdown by star, we don’t use a simple average. Instead, our system considers things like how recent a review is and if the reviewer bought the item on Amazon. It also analyses reviews to verify trustworthiness.

Kindle Customer
5.0 out of 5 stars Earth Maiden
Reviewed in Australia on 17 May 2018
Verified Purchase
Raise was robbed, bashed and left in a shallow grave.
Jackson is a security officer wanted by the Federation.
Is a wild ride for these two and the rest of the crew.
Great story, really good characters and an amazing plot.👍

Kindle Customer
5.0 out of 5 stars 🔒⚔️👩‍🔧💋💔💕🤗👍
Reviewed in the United Kingdom on 5 September 2020
Verified Purchase
Another brilliant book in the series! Loved every second listening to it, Jackson is a total badass and Raisa is his match in every way!!
BTW if you read the book you'll understand the symbols 😉!! Enjoy!!
Read more
Report abuse

DawnMDohey
5.0 out of 5 stars I can't get enough of these Space Lords.
Reviewed in Canada on 16 May 2018
Verified Purchase
It's been a while since anything has been released from this series so when I saw this was coming out I had to have it. Jackson and the boys yet again get blinded by the curse however Jackson doesn't believe in curses that until he rescues the very one that could change his mind and his whole world forever. I loved Michelle's writing style it fitted perfected with this one just a splash of humor with the right amount of suspense and a whole lot action . And a little romance on the side makes His Earth Maiden a stellar read. Oh and I recommend reading the books before this they too are out of this world.
Read more
Report abuse

Kindle Customer
5.0 out of 5 stars Raisa the tech
Reviewed in Canada on 3 June 2021
Verified Purchase
Raisa is a survivor and when she is left in a shallow grave she manages to crawl out. Raisa is feisty and hands and knees it to her pack the thieves left by their ship. Unhappily the two goons notice and start beating on her but Jackson saves her.
Read more
Report abuse

Sue Me
5.0 out of 5 stars Adventures, problems, diffivulties, the discovery of love. HEA
Reviewed in the United States on 21 December 2019
Verified Purchase
What an adventure! Jackson Burke,his fellow cremates and their wives are all most interesting with special talents. There are only 5 crewmen and two wives at the beginning until Jackson spots a bedraggled females crawling into the sheltered part of Torgan. He runs to rescue her and hopes that the Federation did not spot him. They want him back, to reenlist. Not happening. Jackson likes his life on their pirate ship too much to give it up.
The woman he rescues is Raisa Lovell. As she was buried in the sand, it is hard to tell what she really looks like. Jackson could tell that she is badly wounded, but brings her into their ship anyway. She uses her skills with the replicator to make a flowerery fragrenced bowl of water with which to clean herself. Raisa's mother was from New Earth and her father an Angelion from who she iherited her skills for repairing mechanical and electrical things
Meanwhile their ship is badly damaged. THe captain, Lochlann is trying to sell off all non essential cargo to earn credits and lighten the ship for immediate take off, before Jackson finds himself in more trouble. Dev's role was to keep a sharp eye on the michievous women. Jackson was the ship's security
Raisa and Jaxkson find that they compatible and declare their love for one another, but troiuble still lurks with the Federation. Qw do get our HEA at the end, but not until our main characters go through some harrowing experiences
Read more
Report abuse
See all reviews
Back to top
Get to Know Us
Make Money with Us
Let Us Help You
And don't forget:
© 1996-2021, Amazon.com, Inc. or its affiliates