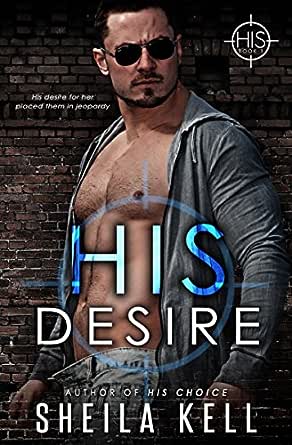 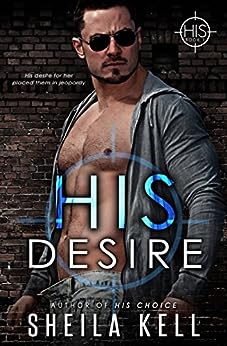 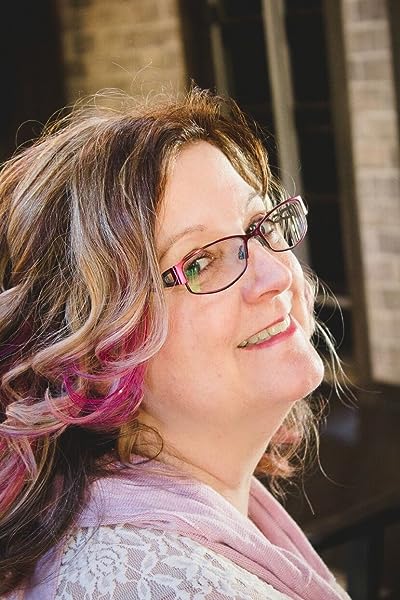 "A must read for lovers of romantic suspense. It was thrilling, suspenseful, chilling, emotional and extremely sexy. . .This book is filled with plenty of twists, off the charts chemistry and will leave you on the edge of your seat while reading it!" -Escape Reality with Books "Hold on to your seat and your heart" -RelentlessBookChics "★✩★✩★ 5- Edge of your seat, Lust filled, Emotional -Stars ★✩★✩★" - BookwormBetties --This text refers to the paperback edition.

4.3 out of 5 stars
4.3 out of 5
358 global ratings
How are ratings calculated?
To calculate the overall star rating and percentage breakdown by star, we don’t use a simple average. Instead, our system considers things like how recent a review is and if the reviewer bought the item on Amazon. It also analyses reviews to verify trustworthiness.

Every single important piece of information is divulged through a painfully long and detailed internal monologue. There’s no chance to get to know any of the characters because they just tell you EVERYTHING.

Almost everything that comes out of Jessie’s mouth makes me cringe when he’s talking about sex. He says things out loud that I doubt any man thinks let alone says out loud.

The argumentativeness and frustration of their early interactions could have made for an interesting relationship development plot, except that it suddenly changed when Kate seemed to have a personality transplant and she changed from a strong, alpha female into a whiney lovesick sap.

And perhaps the most painful off all the painful parts of this book, is that there is no resolution to the main problem. Sure you know who was trying to kill her, but the killer has NOTHING at all to do with the reasons and (again) internal monologue of the antagonist. You can’t just leave that at a complete loose end! Even if that character is the main drive for a whole series, give us an “I’ll get you next time gadget” moment. As it is, I have no idea how the two (actually three when you count the suddenly added second most wanted criminal in America and his evil secret twin sons) killers connect to each other.

So I can hear you asking why on earth this didn’t warrant a one star rating if I hated it so much? There is one redeeming feature of what is clearly leading up to an epic series. This author has done something extremely clever and different that I haven’t seen before, and has the potential to be amazing if the follow ons have characters that;
- don’t act outside what is clearly in their nature,
- have believable conversations,
- don’t fall into bed with someone just because they’re there (unless that’s part of their established personality),
- don’t do unbelievably dumb things when they’re supposed to be smart,
- don’t tell us every single thing about their lives and history when we hear their thoughts

She has created a situation where she can give her readers ever single alpha male type we crave, the SEALS, FBI, CIA cowboys, snipers, army, navy, Air Force etc. if she adds a werewolf and a vampire, they’d probably fit right in.

I hope this series gets better. I’m not sure I’m going to take the chance.

Leonie Duncan
5.0 out of 5 stars A very good read with lots of twists and turns, give it a go
Reviewed in Australia on 13 February 2017
Verified Purchase
This book was free so it is only polite that I write an honest review. I do not give the storyline away, there is a blurb that will interest you enough to read this book.
I gave it 5 starts so I must like it a lot. There is lots of sexual tension and intrigue to keep you very interested. Sheila Kell does a really good job of crafting a story. The characters are believable and in depth. There are some funny moments, even though this is a serious book. There is a very good romance twisted amongst the threats of danger.
Read more
One person found this helpful
Helpful
Report abuse

It starts like normal she doesn't want to get hurt and he wont talke no .... but it was good had a great twist in it and will enjoy reading some more
Read more
Helpful
Report abuse

hancock
5.0 out of 5 stars good story
Reviewed in Australia on 30 March 2017
Verified Purchase
Enjoyed reading this story. The lack of true communication between the two main characters led to many mistakes being made but all is right in the end. A few interesting twists near the end of the story. Very readable and recommended read.
Read more
Helpful
Report abuse

Rachie Reads
4.0 out of 5 stars Sensual intrigue!
Reviewed in Australia on 22 August 2016
Verified Purchase
This was a fun read with plenty of realistic romantic development. The intrigue of the investigation was a good hook too, and the outcome of the book unexpected!
The editing process could have been a lot tighter with a further proof read.
Read more
One person found this helpful
Helpful
Report abuse

A Woman of a Certain Age
4.0 out of 5 stars Pleasantly Surprised
Reviewed in the United Kingdom on 16 September 2018
Verified Purchase
I downloaded this book as it was free and a good way to try an author I had never read before. Initially I wasn't sure if I would stick with it as the constant bickering between Kate and Jesse, all to cover their attraction to each other was all rather predictable. But as the story developed so did their relationship and it turned into a very good read.
We are introduced to Jesse's numerous brothers and sister but don't get to see much of their individual characters. Just enough to know that they are a very tight knit family who definitely look out for their own. I'm assuming we will get more rounded characters in the rest of the series as their individual stories are told.
I did also think that the repeated "I'm not going to tell him/her I love them first" scenes were not strictly believable for 2 strong willed adults who spend their working days dealing with the nasty realities of life..
But I have to admit that there were a couple of twists that I really did not see coming. A nice change to not know who had done it until the last minute.
I definitely plan on continuing with this series.
Read more
Report abuse

Mandy M
1.0 out of 5 stars Good storyline but I am a bit confused as some ...
Reviewed in the United Kingdom on 17 January 2017
Verified Purchase
Good storyline but I am a bit confused as some loose ends didn't tie up or make sense. It's like the author changed her mind about the villain mid book. The bits that were added to the book in order to throw the readers off the scent should still make sense but in here you are left thinking "huh? what just happened?" rather than "ohhhh, can't believe I didn't see that coming"! For example, "the bad guy" had a wife who left him and was going to divorce him that is why he was out for revenge. "He" was supposed to be tied to loads of murders and was a contract killer for hire. How does this tie up with the baddie that was revealed at the end of the story? Really confused about this. This I don't think I will be reading the rest of the series.
Read more
One person found this helpful
Report abuse

Topsy
2.0 out of 5 stars Giving it 2 stars for an okay plot
Reviewed in the United Kingdom on 12 February 2017
Verified Purchase
To me this writer seems like she's very very new to writing. The plot was okay, the characters a little 2-dimensional but not overly so, and she has some success in igniting emotion in the reader, but she could definitely do with refining her writing skills. She has a habit of telling but not showing, and her characters are able to make very big mental leaps with little to no information, and these leaps just so happen to help solve everything. Her writing would improve by fleshing out the characters a little more and not focusing on or telling us the characters' thoughts / feelings but showing us how they're feeling instead. Not terrible but not great.
Read more
2 people found this helpful
Report abuse

Marie P
5.0 out of 5 stars Read it now!
Reviewed in the United Kingdom on 6 March 2017
Verified Purchase
Downloaded this as a free download and was instantly hooked, read this in one sitting, then had to download the next and ended up reading all four books in 2 days!

Hot, growly Alpha men and firey, feisty women combined with intrigue, drama, crime and sex too.....what more could you want! Awesome! I am on countdown to the release of book 5!

Book 1 is a free download and books 3 and 4 are free on Kindle Unlimited - absolute bargin! Download book 1 now, you will love it!
Read more
One person found this helpful
Report abuse

Cindy
5.0 out of 5 stars His Desire (HIS Series Book 1) by Shelia Kell.
Reviewed in the United Kingdom on 23 January 2017
Verified Purchase
This author writes stories that will have you on the edge of your seat and this one is no exception. It has all the right ingredients to make a fantastic story. It has romance, suspence , with death hydrates with an unknown assaillent and a bit of à twist to thé outcome. I just can't wait to read more of thèse books in the series.
Read more
2 people found this helpful
Report abuse
See all reviews
Get FREE delivery with Amazon Prime
Prime members enjoy FREE Delivery and exclusive access to movies, TV shows, music, Kindle e-books, Twitch Prime, and more.
> Get Started
Back to top
Get to Know Us
Make Money with Us
Let Us Help You
And don't forget:
© 1996-2020, Amazon.com, Inc. or its affiliates