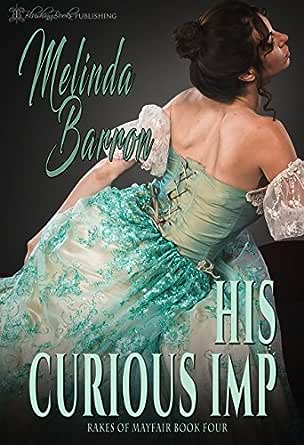 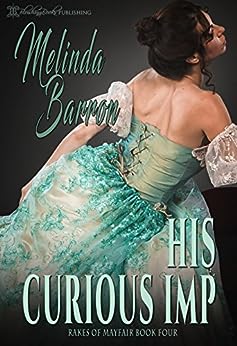 Toni L
TOP 500 REVIEWER
4.0 out of 5 stars Good read
Reviewed in Australia on 10 August 2018
I've read a few books in this series & I'm pleased that they're standalone. I hate reading books to discover they are part of a series that you need to have read all of the previous ones to know what's going on. I had no problem following this read. It was an enjoyable story that moved along at a nice pace. However, it really felt like a modern story that happened to take place in a historical setting - I found the language & situations far too modern for the setting.That said, it was a pleasant time filler with good characters.
Read more
Helpful
Comment Report abuse

Suzanne
TOP 500 REVIEWER
5.0 out of 5 stars Fascinating Romantic Story
Reviewed in Australia on 2 July 2018
A fascinating romantic story of Gabriella as she interacts with Lord Fergus while trying to investigate pickpockets for a news story. This is a great addition to the Rakes Of Mayfair series and includes some spanking as Fergus helps Gabriella stay safe. A well written and entertaining book to read.

I received a copy of this book via Booksprout and am voluntarily leaving a review.
Read more
Helpful
Comment Report abuse
See all reviews

Redrabbitt
5.0 out of 5 stars THINK BEFORE YOU ACT
Reviewed in the United States on 19 June 2018
Verified Purchase
A great addition to the Rakes of Mayfair series with a story that is full of mystery, suspense, secrets, deception, betrayal, artifacts, and murder. Gabriella Saunders has ambitions to be a female reporter; she will be turned down, only allowed to handle secretarial jobs at The Sentinel newspaper office. Sent out on assignment with Wilcox, to act as a couple in the park, she will observe many pickpocket transactions that Wilcox misses. When she calls him out, he will cause trouble for her at work, but the time at the park will reunite an old acquaintance, Charlotte.

Gabriella Saunders lives in London, works for The Sentinel newspaper, but can’t be recognized as a reporter. She is allowed to help the men reporters with their articles and do secretarial work. Kicked out of her home for trusting her fiancé into a tryst before their wedding, she left home and has never had a thing to do with her family. It comes as a surprise to see her friend, Charlotte Hudson, now Essex.

Lord Fergus McIntyre is the second son of a Baron. He is taken with Gabby immediately, and with the help of his friends, Lord and Lady Essex, he is determined to get to know Gabby, not just as acquaintances, but intimately. He is open and honest about wanting her in his bed and that he will seduce her. Their conversations are risqué but honest.

“Reading erotica has nothing to do with trusting someone. She felt safer than she ever had in her life. It was a feeling she never wanted to let go of.”

Gabby is a persuasive person, but Fergus refuses to allow her to investigate the pickpocket scheme they have both witnessed in the park, alone. Making plans to come back late at night to see what they can uncover, brings about more mystery than answers. Why are there Egyptian artifacts where the pickpockets go to turn in the items they lift?

Fergus and Gabby’s relationship sizzles and has quickly changed to lovers, and he knows she is the right woman for him. He loves her creativity, her ambition, but he is also concerned about her impulsiveness, especially when she doesn’t stop to think things completely through.

“Decisions made in haste always cause troubles,” she said. “I learned that early in my life.”

“It has to do with you acting before you realize the consequences of your actions. You must learn to obey me Gabby. Your independence is good in some things. But I will not allow it to put your life in danger. Do you understand me?”

The story will include scenes with Lord and Lady Essex at a Rakes club meeting that Gabby will witness and learn more about the Rakes of Mayfair. She will also be made a member and must pay her dues at a club meeting when Fergus devises a great punishment for her because of her rash actions.

Julie Clark
5.0 out of 5 stars No Woman Reporter Allowed
Reviewed in the United States on 11 August 2018
Verified Purchase
Gabriella Saunders a friend of Charlotte Essex, the Virgin Widow has a great desire to become a reporter for a leading newspaper.

However, because she is a woman she is only hired to transcribe a male reporter's notes and doing correspondence.

Gabby has a secret Lord McIntyre finds out about her love for reading erotica.
Together the two work together to find out what's happening with the pickpockets but also with the Egyptian artifacts. While doing this together causing their relationship to sizzle.

Also, as usual, the club members join in helping solve the crimes and solve Gabby's problem of wanting to be a reporter.

Kitty ranma
5.0 out of 5 stars So much fun.
Reviewed in the United States on 11 August 2018
Verified Purchase
So much fun.
This is the second book in this series that I've read. It can stand alone. I can't wait for more of this series, I want to say more about this story but I absolutely hate spoilers, so I won't go into details.
Reasons I enjoyed this book:
Happily Ever After, Witty, Romantic, Wonderful characters, Page-turner, Great world building, Unpredictable, Original, Easy-to-read, Entertaining, Action-packed, Steamy, Whimsical.
Bookshelves/tags:
Choose shelves...
adult, club, domestic-discipline, historical, humorous, multiple-couples, mystery, romance, series, spanking, suspense.
I received a free copy of this book via Booksprout and am voluntarily leaving a review.
Read more
Report abuse

Vocabulary Master
4.0 out of 5 stars Steamy
Reviewed in the United States on 5 August 2018
Verified Purchase
Book four in the Rakes of Mayfair series. Can be read and enjoyed as stand-alone. Each book is about a different member of the Rakes of Mayfair club and their HEA. I like that other members of the club make appearances as secondary characters. There is a little bit of mystery and suspense in this book as well as all the books in the series. Gabby is very independent living on her own and working in a newspaper office. She wants to be a reporter and looking for stories leads her to act before thinking. Once Lord Fergus McIntyre meets her he decides to seduce her, but he may need to discipline her first
Read more
Report abuse

Pico1
5.0 out of 5 stars Curiosity has a Painful Consequence
Reviewed in the United States on 18 June 2018
Verified Purchase
This is another good story in the Rakes of Mayfair Series. I have read several of the other stories and enjoyed them, and this is consistent in style and topic with the others. Gabriella and Fergus are two energetic, intelligent and amusing characters who fall in love quickly – and that love affair involves a lot of spanking, as well as solving a serious series of crimes. The supporting characters are numerous and interesting, and there is a light hearted tone to the book that I really enjoyed.
Read more
Report abuse
See all reviews
Get FREE delivery with Amazon Prime
Prime members enjoy FREE Delivery and exclusive access to movies, TV shows, music, Kindle e-books, Twitch Prime, and more.
> Get Started
Back to top
Get to Know Us
Make Money with Us
Let Us Help You
And don't forget:
© 1996-2020, Amazon.com, Inc. or its affiliates