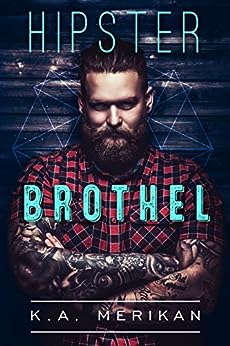 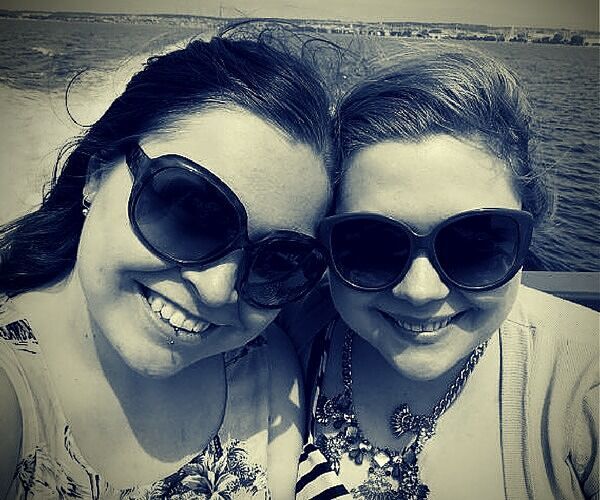 Beanie
5.0 out of 5 stars 5* Just ADORABLE....I'm 100% in love with Jornard ;D
Reviewed in the United Kingdom on 24 January 2017
Verified Purchase
This was another of the authors’ lighter tales, and although I admittedly usually prefer their grittier stuff, this little friends to lovers beauty melted my heart and just smacked of originality and was simply a joy to read from start to finish. And as someone who's been making their own jams/preserves and pickles etc, (yup, with alcohol in them) for a number of years now, I was instantly hooked by the subplot involving Mr. B’s dream of selling his own artisan jams. And even more so by his truly madcap scheme of becoming an escort and opening his home in the woods to paying customers looking for a little bit of *cough* beard n’ braces…hence, the Hipster Brothel, LOL!

And it's this pretty genius plot device that has Jo and B finally admitting their feelings for one another. Jo’s been crushing on his BFF for ages, but with B still in a relationship up until now and Jo not ready to admit to his own bi-sexuality yet, the opportunity had never presented itself. So of course there's the practically mandatory miscommunication and jealousies between the couple that you'd expect in a FTL tale, that inevitably make you wanna bang their heads together while screaming at your kindle, before they eventually give into their desire and confess their love. Oh yeah, this one was all kinds of sweet and romantic (and thankfully, pretty much angst-free), but not so sweet the guys weren't going at it every chance they could...damn, these guys are hot together!

With this tale being more of a novella, there wasn't a huge amount of scope for delving into the MCs backgrounds, but that said the characters were so cleverly drawn that their romance felt unrushed and entirely believable nevertheless. And the same stands for the peripheral characters. I’d’ve personally liked a tad more of Jo’s mum Mrs. Lau, as I loved this lady and how accepting she was about her son’s new relationship. And by the end I definitely wanted more of the ex, Mr. A, who actually turned out to be a bit of a sweetheart and nothing like the wrong’un I’d first thought him to be – but who knows, maybe KAM will give this ‘daddy’ his own tale?? (hint much).

This was such a terrific read and definitely one of my faves by this writing duo. It had a little of everything that I wanna read in m/m romance - sweet (but not overly so), sexy as hell, adorable and polar opposite MCs and a beautifully romantic epilogue (no spoilers here). Not to mention it was damn hilarious of course – trying to remain dignified while arguing in the nude?...never a good look ;). A highly recommended read, although do have snacks on hand, as glazed donuts and other yummy delights feature strongly and I guarantee it'll leave you salivating!

Deborah
3.0 out of 5 stars Well written with great characters but I just never got in sync with it.
Reviewed in the United Kingdom on 16 October 2017
Verified Purchase
This book wasn't at all what I expected and I'll admit I struggled a lot especially early on.
It opens with Jo cycling out to see his best friend Mr. B (the hipster lumberjack) so I'm expecting a tall alpha male of drool worthy proportions what we get is a tall muscled man (so far so good) wearing a lumpy yellow pullover, the one he wears when he's not feeling well. His five year relationship has ended along with his job and he's distraught and needs his friends positive outlook and so they start drinking and looking for ideas for the future and the Lumbersexual Experience is born, Mr. B decides to sell himself along with the whole lumberjack experience to get the funds to start making jams, he likes sex and he's got a great body so what could possibly go wrong?
I'm so used to having a strong alpha male that I struggled with all the doubt:
'Mr. B frowned, and flinched when worry sank its icy fingers into his stomach. Was Jo having second thoughts? Was he regretting what they’d done?'
'He frowned, trying not to give in to the panic chain reaction exploding all over his body.'
'No. Mr. A was right. He was too clingy.'
'Mr. B wished he could just eat himself to death with the pretzels and not have to confront the sinking feeling inside his chest.'
Obviously this isn't a serious read and it took me awhile to adjust to that, Mr. B is cute, cuddly and absolutely adorable, he's sweet and so desperate to be loved and I loved him for it, Jo is the straight guy who's been attracted to Mr. B since they first met and he's a great character.
Their relationship grows and the sex is hot and the whole braces, shorts and homemade flyers were funny but it kind of missed the mark for me.
The fault lies totally at my feet it's a good book but I never really settled into it.
Read more
Report abuse

Nicksy
3.0 out of 5 stars Disappointed
Reviewed in the United Kingdom on 22 October 2017
Verified Purchase
I tried, I really tried, but I just didn't get this one. Normally I love KAM but not this time. The cover is good but that's about it. Sorry ladies
Read more
Report abuse

Marcelle Kashmen
5.0 out of 5 stars Lovely
Reviewed in the United Kingdom on 29 October 2017
Verified Purchase
This book was so sweet that I think another visit to my dentist is in order. It almost made me want to live there, too.
Read more
Report abuse

l.i.h.
4.0 out of 5 stars Sweet
Reviewed in Germany on 27 October 2017
Verified Purchase
This started out pretty ridiculous bit ended up really sweet.

I get the choice of the title and cover, but it's pretty clear from the very beginning that the "Hipster Brothel" (which is more of a lumberjack experience + brothel tbh) is a horrible idea. Or rather, the idea itself is fine, but Mr. B doing it is simply impossible. I didn't exactly mind, since of course everything works out in the end, but... it still made me a bit queasy.

At about 50%, the plot already feels resolved. Of course then new drama pops up, which is mostly based on stubborness and lack of communication. Which is an old schtik and thus predictable and nothing new, but it worked fairly well.

I liked Mr. B and Jo, both very vivid characters of two very different "hipster" directions. I could imagine them perfectly, and the pinterest board for them the authors made is nice to look at too.

The incredibly sweet ending made up for the eye-rolling from the start. There also wasn't really any second-hand embarassment as the blurb hints, which I appreciated bc I hate second-hand embarassment.
Read more
Report abuse
Translate review to English
See all reviews
Back to top
Get to Know Us
Make Money with Us
Let Us Help You
And don't forget:
© 1996-2021, Amazon.com, Inc. or its affiliates