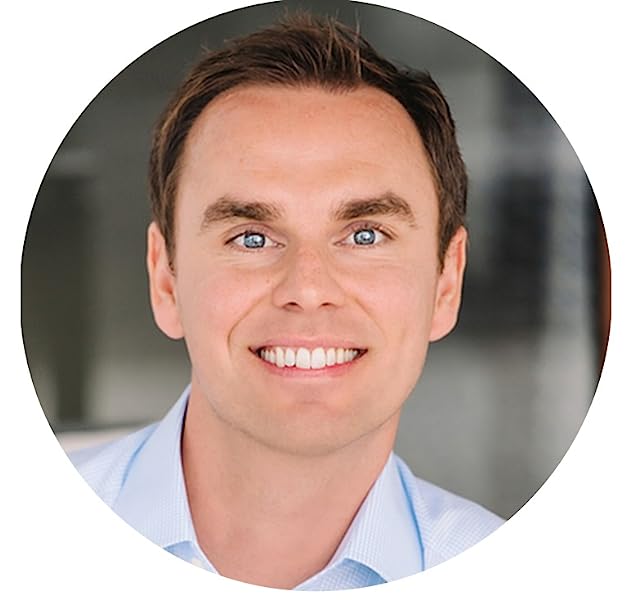 by Brendon Burchard (Author)
4.3 out of 5 stars 3,351 ratings
#1 Best Seller in Journal Writing
See all formats and editions
Sorry, there was a problem loading this page. Try again.

Based on an extensive study of high performers and how they increase productivity, set goals, prioritize, and create the positive mindset and habits needed to Win The Day, Brendon Burchard has created this Planner to help you reach your highest performance!

Use this Planner every day (yes, every single day) and you will start focusing on what matters. You will get more done and feel better doing it.

Available in six different colors, this Planner is unlike other planners. You won't find a bunch of random success quotes in these pages. Instead, you have a workhorse of a Planner where every single inch is used to help you improve your mindset, plan your next move, track what matters, and truly learn about yourself.

This is a thinking person's Planner - it's built for people who want to do the real work required to succeed every day, week, and month.

There are four types of pages in this Planner: Daily, Weekly, Monthly Review, and Monthly Preparation

4.3 out of 5 stars
4.3 out of 5
3,351 global ratings
How are ratings calculated?
To calculate the overall star rating and percentage breakdown by star, we don’t use a simple average. Instead, our system considers things like how recent a review is and if the reviewer bought the item on Amazon. It also analyses reviews to verify trustworthiness.

Paul
TOP 1000 REVIEWER
1.0 out of 5 stars Too big and bulky. Too much effort. Overkill
Reviewed in Australia on 13 January 2019
Verified Purchase
I love the idea of bullet journals, and Brendan Burchard is someone I have
a lot of respect for, but this journal is complete overkill.

Firstly, it's massive making it impractical to carry with you.
Secondly, there's just too much to fill in. It's like sitting down with
a psychiatrist each morning and going through every aspect of your life.

I guess if you're into that sort of thing, go for it. But for me, while I do like
the idea of a morning or quick evening check-in, I just think this journal
is a solution looking for a problem.

Terri3020
4.0 out of 5 stars useful for creating good habits
Reviewed in Australia on 29 March 2020
Verified Purchase
The concept is good. The wording inside each daily plan is ordinary and I don't use it in some areas. Still I am pretty committed to using the overall planner daily and I do get determined to achieve success. Well worth it if you need to start getting your life in order.
Read more
Helpful
Report abuse

Brooke Clarke
5.0 out of 5 stars Changed life
Reviewed in Australia on 1 July 2021
Verified Purchase
I’ve been using the diary day and night for two weeks now and am so motivated. It’s completely flipped my outlook on life and I’m so much more mindful now. It does only have 60 pages so am reordering one now. I just leave it on my desk and look at it morning and night and jot down random stuff on it throughout the day
Read more
Helpful
Report abuse

Mike Harris
5.0 out of 5 stars Exciting start to 2019!
Reviewed in Australia on 2 January 2019
Verified Purchase
I've been looking for something like this planner to help guide my day/week/month and this is perfect. I heard about this product on Brendon's podcast
A clean, neatly presented format with enough writing space
Nothing more motivating that rating your performance, I look forward to the challenge
Read more
Helpful
Report abuse

calvin ellis
5.0 out of 5 stars 75 Hard Planner
Reviewed in Australia on 26 July 2020
Verified Purchase
Amazing addition to my week.

Michael
2.0 out of 5 stars Disappointed with the product
Reviewed in the United Kingdom on 29 December 2018
Verified Purchase
The product description doesn't clearly list that this is an A4 planner or that it only contains enough pages for 60 days of entries. The hard cover marks very easily. It also includes promotional content for the author's other products and services. The author states in the introduction that unlike other planners you won't find any random success quotes in the pages. Preceding the first daily page is a success quote by the author himself. The many pages at the back are squared and not lined making them impractical for note taking. The content within the daily, weekly and monthly pages do have considerable value, but it doesn't redeem the aforementioned points and make the planner worthwhile value for money.
Read more
101 people found this helpful
Report abuse

Martin Koss
2.0 out of 5 stars Cluttered Daily Pages, Could Do Better.
Reviewed in the United Kingdom on 17 March 2019
Verified Purchase
I can't say I don't like it at all but there are things about it that I really don't like. The fact that it is only 2 months worth or pages is a let down considering other planers I have bought are typically 6 months. Someone using this all year would have to buy 6 of them for a year and that makes it expensive for an individual without a business expense account (which is probably who it's aimed at).

There's a lot of oddities about the daily pages; the sections at the top are just empty blocks rather than lined writing areas but the notes section at the bottom is annoyingly filled with dots. The middle 50% of the double page spread could have been designed in half the space it takes up and, therefore, strips away space that could have been used for more 'productivity, inspiring' sections like the top 3 goals and priorities, breaking thise goals into tasks, the tasks that absolutely must be done today and the people to connect with.

It's not good enough for the price. Taking up an entire page for a quote from the 'author' is a bit of a 'look at me' moment and the 2 full page adverts for the High Performance Planner website is a bit much. Give me a break, I've bought your product not as a platform for you to big yourself up and advertise to me.
Read more
36 people found this helpful
Report abuse

Hana
3.0 out of 5 stars Some improvements might make this planner go a long way
Reviewed in Canada on 16 January 2019
Verified Purchase
Pros:
- If you can stick with it, there will be a marked improvement in your habits and motivation. However I couldn’t stick with it because of the cons

Cons:
- very large book, not travel friendly. I have to leave it at home which defeats the point of a planner/motivation journal. I’d rather have it with me as I go about the day and refer back to it.
- I feel the daily prompts and questions are very repetitive. Same questions that are worded slightly differently but yield the same answer
- the day ends at 7:30 pm and there is no space for events or tasks that might happen after that. A major oversight.
- the monthly overview is at the END of the daily pages, which is extremely inconvenient.

If it was more travel sized and the day lasted till at least 10pm, the rest of the issues could be overlooked.
Read more
77 people found this helpful
Report abuse

Anna
4.0 out of 5 stars Only for two months
Reviewed in the United Kingdom on 22 December 2018
Verified Purchase
Will start using it from January. Inside looks insightful and helpful, def contains useful questions to ask yourself. A4 size, so for me not something I’ll be carrying around a lot but it’ll be a useful morning and evening habit.
Only thing that really surprised me is that it’s only for two months apparently. Not sure if I miss read that in the description but it’s hella expensive then imo.
Read more
17 people found this helpful
Report abuse

Mr. A. Drewett
1.0 out of 5 stars Disappointed. Great for execs, not for everyone else
Reviewed in the United Kingdom on 14 January 2020
Verified Purchase
I've trialled a number of planners, and as I've heard of Brendon I decided to give this planner a go. My first mistake is not realising this is an A4 planner and not the A5's which are more popular. And if I'm honest, the only reason to give it a full A4 size is for those resilient execs who still don't use an online calendar, if they exist. If you do already use outlook or google or another calendar, then more than 50% of this purchase is a waste of space.

There's a lot of other issues I have. I understand the importance of all those questions, but it gets monotonous after the first 2 weeks. There's no upfront planning space for your goals, whether weekly or monthly. It's all retrospective (looking back, never forward). The questions get devalued over time. How many different words can you use to describe "one word to describe the kind of person I want to be today".

I do like Brendon. Read his book. He is a guru. But not impressed with this planner.
Read more
10 people found this helpful
Report abuse
See all reviews
Back to top
Get to Know Us
Make Money with Us
Let Us Help You
And don't forget:
© 1996-2021, Amazon.com, Inc. or its affiliates