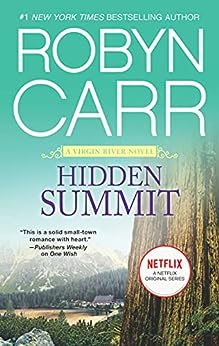 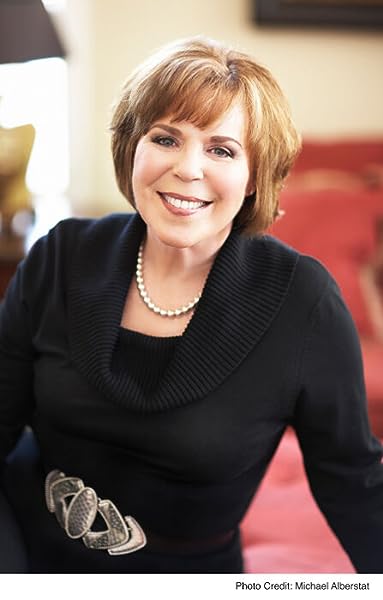 Robyn Carr is a #1 New York Times and USA Today bestselling romance author. She is the author of the popular long-running Virgin River series, as well as the Grace Valley, Thunder Point, and Sullivans Crossing series. The Virgin River series is the basis for a Netflix Original television drama series. Her novel By Right of Arms won the won the RITA award for best novel. Visit her website at RobynCarr.com.

The unmissable and heartwarming feel-good romance of 2020! Now an original Netflix Series!

4.6 out of 5 stars
4.6 out of 5
1,519 global ratings
How are ratings calculated?
To calculate the overall star rating and percentage breakdown by star, we don’t use a simple average. Instead, our system considers things like how recent a review is and if the reviewer bought the item on Amazon. It also analyses reviews to verify trustworthiness.

Dani Louise
5.0 out of 5 stars Brilliant
Reviewed in Australia on 13 March 2021
Verified Purchase
Loved this story. However I must admit I was a bit diaathere wasn't any danger scenes to it. I obviously didn't want conner killed but hurt or something would of been my preference over nothing at all. I do hope that Katie and the twins end up moving to virgin river. Her dentist guy sounds like a doush and it doesn't seem realistic to me that she'd choose someone who is only friendly over her brother she's supposed to be so close with. I am hoping conner and Leslie are blessed with their own set of twins aswell.
Read more
Helpful
Report abuse

denise
4.0 out of 5 stars One complaint
Reviewed in Australia on 25 February 2020
Verified Purchase
I’m really enjoying the series. The author brings alive Virgin River and the people. The one small complaint is the pages of detailed sex scenes, after the fourth book and reading the same scenes I find myself skipping those pages in all the books.
Read more
Helpful
Report abuse

Cwiedwyn
5.0 out of 5 stars FInally got to finish the series.
Reviewed in Australia on 9 October 2019
Verified Purchase
This was the last of the series I purchased. Loved the people, the sense of community Ro
byn Carr holds a story well.

Kindle Customer
3.0 out of 5 stars Ok
Reviewed in the United Kingdom on 29 December 2019
Verified Purchase
The storyline was ok and I liked the characters, but it didn't have the warmth of other books in the series. It was ok though
Read more
One person found this helpful
Report abuse

pauline collins
5.0 out of 5 stars excellent
Reviewed in the United Kingdom on 8 March 2014
Verified Purchase
love Robyn Carr books and the people in them I like being able to follow the stories from one book to the next, will continue to buy them until I have read them all.
Read more
One person found this helpful
Report abuse

cabbie
4.0 out of 5 stars Intriguing
Reviewed in the United Kingdom on 3 August 2016
Verified Purchase
Loved the book another great read from Robyn Carr from start to the unexpected ending I enjoyed it wishing Virgin river was real
Read more
Report abuse

dylan
5.0 out of 5 stars Hidden summit
Reviewed in the United Kingdom on 15 April 2014
Verified Purchase
Good read good to catch up with people from virgin waters can't wait to read the next book and New people
Read more
Report abuse

christine thomas
5.0 out of 5 stars Five Stars
Reviewed in the United Kingdom on 29 October 2016
Verified Purchase
Best Auther great reads every time
Read more
One person found this helpful
Report abuse
See all reviews
Back to top
Get to Know Us
Make Money with Us
Let Us Help You
And don't forget:
© 1996-2021, Amazon.com, Inc. or its affiliates