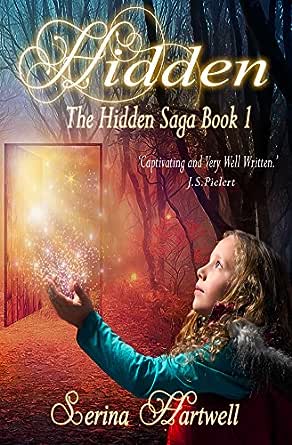 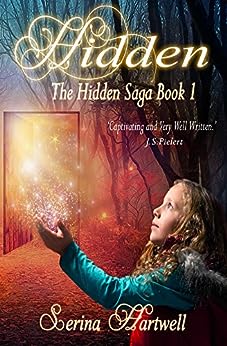 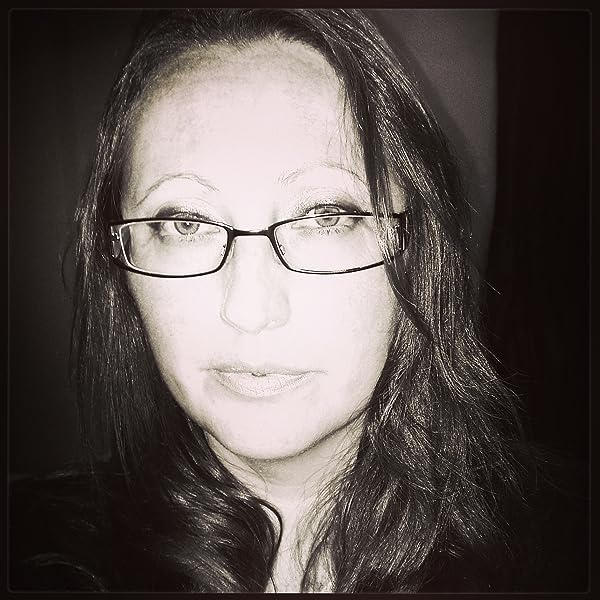 About the Author Did you ever have an itch you couldn't scratch, a feeling that you're supposed to be doing something else, something bigger with your life? Something that would touch the souls of the rest of mankind and justify your place amongst our fellow men, but you just couldn't put your finger on what? Well Serina Hartwell spent the best part of 40 years looking for the answer and low and behold, she finished up back where she started, with writing. She sometimes question why she didn't just turn in the opposite direction, it would have led her there straight away, but her path led her away from writing when she was just a teenager, because of a lacked of confidence to pursue her dream. Reminiscing one day, the thought occurred to her that if she had found writing back then, she wouldn't have taken the journeys that led her to write The Hidden Saga. Her name is Serina Hartwell. She is the mother of two wonderful children, who grew up when she blinked. She always write with her writing companion, her cat Tilly, and came from an average size town in West Yorkshire, England. The same place where the Bronte sisters were born and she is from the village in the mill town she wrote about. Growing up in an industrial town, and coming from a working class background, Serina Hartwell was surrounded by the mills, which were once the life blood of the community. Decrepit and falling into disrepair, they shadowed the place where she lived, serving as a reminder that her town once thrived. She watched as one by one, the mills went out of business and closed, serving to inspire her story, while changing the landscape around her. Her mother worked in the mills when she was a child. She recalled every night, her father taking her brother and her to the mill to collect their mother and walk her home over the lonely beck-side. These trips along the shortcut are embedded throughout Hidden, as her childish imagination finally materialised on the page. It was only recently that she found her way back to writing. 'It's funny how life has a way of bringing you full circle. Today I have the beginnings of something big within my grasp, ' she was quoted as saying. Follow her journey to becoming an established author. Step into her world and let her take you on a journey... You can find out more about Serina Hartwell @ http: //www.serinahartwell.com/ and http: //serinahartwell.in --This text refers to an alternate kindle_edition edition.

baldric
4.0 out of 5 stars Don't let this gem stay hidden
Reviewed in the United Kingdom on 27 April 2014
Verified Purchase
First, in the interest of transparency, I should point out I have known the author of this book for most of my life so I'm somewhat biased. However, I will try to be objective rather than subjective in this review.

Hidden is the first book of a series which combines a 'coming of age' and fantasy story. The prologue hints at the larger tale to come, and the first few chapters quickly introduce the main characters and their relationships to one another. Indeed, relationships play a major role in Hidden and exist on different levels, changing, evolving, and even shattering completely over the course of the book. And all seem natural - there is a real sense of understanding why each character feels the way they do towards each other, and why emotions are altered as events unfold.

Obviously, this results in the characters developing well as the book progresses. It is easy to develop an affinity with the characters (even some of the support cast), and although some of them are obviously set up as 'good guys' and 'bad guys', this doesn't detract as it is almost a requirement for the genre (in fact, in the later stages it becomes a plot device!)

I was also pleased with the pacing, starting gently as the scene was set, building up quite rapidly as the 'second' story element comes to light, then a light respite to bring everything together, before a last dash to the finish. At no point did it feel out of control, nor was it ever dragging along.

Now for the hard part - criticism. There's not much to be honest. I don't think this book is actually aimed at my demographic, it has the feel of a teen/tween novel and I'm long out of that age-group. Having said that, the fantasy side of it does interest me and works really well. Also, there were a few times that it felt like the 'first novel' that it is. There were bits that felt a little clunky. Not enough to spoil my enjoyment - just the odd line that as I read it, I 'edited' in my head to scan better. But as I say, this is a debut novel and Serina is going to learn and improve enormously (I adore Pratchett's work, but recently reread Colour of Magic, and the
writing there is less polished his later books - all authors learn!)

So, all in all a good book that I enjoyed much more than I expected (I read it in two sittings - always a good sign). I do think it is a worthy read, the story is interesting, has real characters and emotions, but also has this intriguing fantasy element that adds a whole new dimension to the tale and which I'm really looking forward to seeing develop. I didn't give it 5 stars as it is a little unpolished in areas (and I don't want to be accused of favouritism!), but I suspect to a lot of readers, Hidden will be well worthy of 5 stars. And if the rest of the series evolves and improves then it will be a thing of wonder - and I'll be back to upgrade my opinion.

And, as with all series, the most important question is 'Do you want to read the next book?'
And the answer is an emphatic YES!
Read more
One person found this helpful
Report abuse

sharon
5.0 out of 5 stars I NEED MORE !!!!!!!!!!
Reviewed in the United Kingdom on 31 August 2014
Verified Purchase
The book had me hooked straight away.
It's set in Yorkshire and Serina really brings the history of the town out in the book.

She really picked her characters well:-
Take Bronte.....She takes up a dare with her friend Riley and ends up nearly dying.......that's when she see's her granddad.
He's the one who sends her back to earth telling her she is a special someone.
When she wakes up Bronte feels different, she can do things she couldn't do before.

Then there's Riley.........after Bronte almost died in the mill he realises that he loves her and in a very emotional moment kisses her but he then becomes embarrassed and ends there friendship.

I can't say anymore without giving away the storyline, and if your an avid reader like me you hate it when someone does that.
Read more
Report abuse

Jenloo82
5.0 out of 5 stars Swap your Twilight twaddle for this Hidden gem!
Reviewed in the United Kingdom on 28 May 2014
Verified Purchase
I would recommend Hidden by Serina Hartwell to any age range interested in strong characters, intriguing fantasy concepts and a sturdy, well-paced plot. It is probably aimed at tween/teens, who should read it; this is a good, strong story of people worth believing in. I liked in particular how immediately you care about the characters and sense there is more depth to the relationships to come in the trilogy.

The book hooked me, I read it quickly, and it kept my interest. Set in Yorkshire, the most beautiful place in England, where the people are beautiful and tough, this book does justice to my hometown, the people and the history, as well as the folklore.

I have never read Twilight (I have kept up with literary commentary however, and am one of those feminists too so…) the subservience of Bella is in stark contrast with Bronte from Hidden. I want bite from female characters, and Hidden gives that in great spoonfuls! Bronte has no self-pity; I wish I could swap every copy of Twilight for Hidden and help women have more faith they can achieve things themselves. Here is a female character I can appreciate, surrounded by refreshingly normal interactions, amid some strange goings-on, that help to define and engage her real personality. In Hidden is a young girl with powers; she is not waiting for a man to help her, but she loves too, and that is real. Her Grandma kicks ass also.

Not sure what to buy a young boy or girl for fear of nasty suggestions? Buy them Hidden.

Helen Fox
4.0 out of 5 stars Great first novel for this author!
Reviewed in the United Kingdom on 26 April 2014
Verified Purchase
This was my kind of novel. I love getting to know characters and love the style of seeing different characters perspectives in different chapters. I quickly identified with them. Lots of details, predictions and twists kept me entertained. I hadn't expected to only reach the childhood of the main characters, but the end made me want to quickly find out the next stage of their lives. Thoughtfully written. Can't wait for book two of this trilogy to see how it develops!
Read more
One person found this helpful
Report abuse

hazel betts
5.0 out of 5 stars Brilliant
Reviewed in the United Kingdom on 9 September 2014
Verified Purchase
can't wait for the next book.
fantastic writing that has you from the beginning, you can't help getting drawn in
Read more
Report abuse
See all reviews
Back to top
Get to Know Us
Make Money with Us
Let Us Help You
And don't forget:
© 1996-2021, Amazon.com, Inc. or its affiliates