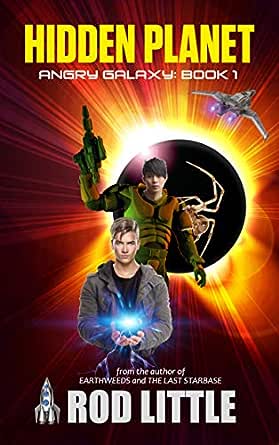 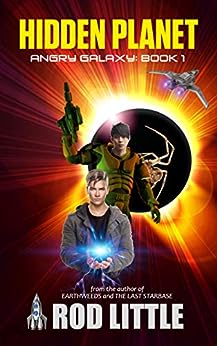 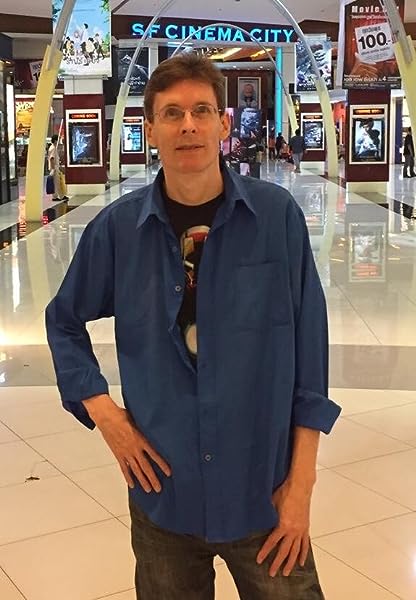 Michael Thal
4.0 out of 5 stars Deadly Planet
Reviewed in the United States on 15 November 2019
Verified Purchase
The Sons of Neptune by Rod Little is a four book series about the Earth’s invasion by alien humans from a moon of Neptune. After the war, Earth is in need of new resources, so three of the characters from the books take the Starship Praihawk into deep space to see what they can find.

Sam has the talent to create electricity in his hands. His best friend, Bohai, has the unique ability to communicate with animals. Teak is a huge spider with venom that can take down any enemy just thinking about hurting a shipmate.

The three adventurers get more than they anticipate when they are forced down to a planet that shouldn’t be there. Sam and Bohai uncover two civilizations on this world known as Cacherin. The first they encounter is the futuristic city of Maccor. When the boys realize the human-like city leadership’s offer of permanent residency or death, Sam and Bohai escape with some help from a regal member of Maccor’s elite.

The boys soon stumble onto a primitive village inhabited by a race of humanoid reptile people who treat the young men from Earth respectfully and offer their assistance.

Jack Anderson
5.0 out of 5 stars A great sci-fi adventure
Reviewed in the United States on 21 November 2019
Verified Purchase
Hidden Plant is the begining of what promises to be a fantastic sci-fi series.
The three main characters are compeling, and I loved reading about each's unique ability. These "superpowers" come in handy when they find themselves on Cacherin, a mysterious planet that shouldn't exist. The characters quicky find themselves trapped and unable to leave the planet, and must struggle to escape. The fast paced plot keeps the pages turning, turning a long book into a quick read. The ending left me hungry for the sequal.
Read more
Report abuse

frederick ceely
5.0 out of 5 stars Lots of Fun
Reviewed in the United States on 30 December 2019
Verified Purchase
I enjoyed it! Full of surprises.
Read more
Report abuse
See all reviews
Get FREE delivery with Amazon Prime
Prime members enjoy FREE Delivery and exclusive access to movies, TV shows, music, Kindle e-books, Twitch Prime, and more.
> Get Started
Back to top
Get to Know Us
Make Money with Us
Let Us Help You
And don't forget:
© 1996-2020, Amazon.com, Inc. or its affiliates