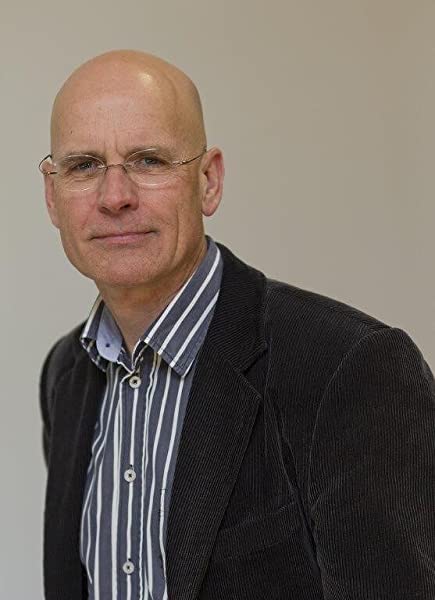 by Clive Hamilton (Author), Mareike Ohlberg (Author)
4.5 out of 5 stars 421 ratings
See all formats and editions
Sorry, there was a problem loading this page. Try again.

'A remarkable book with a chilling message... The book's convincing message is plain... Everyone must stay on their guard.'--Will Hutton, Guardian

'[Hidden Hand] should be required reading for anyone working in government and policy, the private sector, or media -- really, for anyone with a stake in resisting the shadowy machinations of a totalitarian regime that seeks to exert its will on free societies.'-- "National Review"

'It takes courage to prod somnolent liberal democracies out of their complacent and dangerous incomprehension of the CCP. We are in Hamilton's and Ohlberg's debt.'--Journal of Democracy

'An in-depth explanation of how China conducts its operations to gain important knowledge - ranging from tech secrets to financial information.'-- "International Business Times"

'Hidden Hand should be required reading for our diplomats, intelligence analysts, military officers and businesspeople.'-- "The Australian"

Clive Hamilton is an Australian academic and the author of Silent Invasion, a national bestseller revealing China's influence operations in Australia. He has written for the Guardian, New York Times, Foreign Affairs and THES. Mareike Ohlberg is a senior fellow in the Asia Program of the German Marshall Fund. While at the Mercator Institute for China Studies, she co-authored the landmark report 'Authoritarian Advance: Responding to China's Growing Political Influence in Europe'. She has written for the New York Times, Foreign Affairs and Neue Zurcher Zeitung.
Tell the Publisher!
I’d like to read this book on Kindle

4.5 out of 5 stars
4.5 out of 5
421 global ratings
How are ratings calculated?
To calculate the overall star rating and percentage breakdown by star, we don’t use a simple average. Instead, our system considers things like how recent a review is and if the reviewer bought the item on Amazon. It also analyses reviews to verify trustworthiness.

Gazzarian
3.0 out of 5 stars Hard going
Reviewed in the United Kingdom on 12 August 2020
Verified Purchase
I guess the only point of writing reviews here is to alert potential fellow readers to what they will encounter.

In this case, what you get is an opening anti CCP polemic (I broadly agree but that's by the by) followed by chapter after detailed chapter of, as they say these days, granularity. If you want to know how a bit of the Chinese government influenced the Melbourne or the Hamburg local authority - in detail , with names - here it is. Followed by more detail. More of a PhD thesis than a book written and edited to be read by a global audience.

I have been a "follower" of China for decades, was In HK when Thatcher signed the Sino-British agreement to hand HK back to China and I paid many business visits to Beijing and Shanghai.

I regard the CCP with both total mistrust and disgust, all the more so under the autocratic and wood faced Xi Jinping who cannot tolerate any such thing as democracy, or any such thing that differs from his point of view. The treatment of the UIghurs and residents of HK are clear examples of how unpleasant the CCP is.

This book is almost a litany of examples of how China is shaping the world to its order through, in most cases, either the naivety or stupidity, or money grabbing greed of non-Chinese. Regardless, in many cases the CCP also has the support of those who genuinely believe that the CCP is "O.K." and should thus be helped to do their conquering of the world, which they seem to be doing with consummate ease. How anyone can be so utterly stupid is beyond me.

I now live in Cyprus where the Chinese seem to be making their mark, almost with the blessing of the Cyprus government who, to date, have issued well over 800 Cypriot passports to Chinese citizens, thus enabling them to wander around the world freely as full EU citizens.

I recently wrote a critical article on China for a local English language newspaper (in which I have had quite a number of other articles on other subjects published). The newspaper told me, after several weeks, that they could not print my article !

My thanks to the 2 authors for a very interesting, educational and very scary book. I liked the Afterword, but doubt that enough in the west will unite to "push" China back.
Read more
47 people found this helpful
Report abuse

Deathcruzer
4.0 out of 5 stars Too much Trump bashing.....
Reviewed in the United Kingdom on 2 July 2020
Verified Purchase
Informative , but the problem is the anti Trump agenda is very obvious....pity.
Read more
50 people found this helpful
Report abuse

Philip M
5.0 out of 5 stars Clive Hamilton’s book reveals the chilling message of China's strategy of dominance.
Reviewed in the United Kingdom on 14 August 2020
Verified Purchase
Clive Hamilton’s remarkable book has chilling message. The Chinese Communist party is intent on international domination by any means necessary. By financing a Washington think-tank, owning part-shares of ports such as Valencia, Bilbao, Piraeus in Greece and Rotterdam and encouraging “friendship” clubs such as Britain’s 48 Group Club, etc. China wants a soft international discourse with a hard infrastructure in the Belt and Road Initiative, that encircles Western power centres so that the dominance of the Chinese Communist Party cannot be challenged

China has different definitions of human rights, terrorism and security to those accepted internationally. The book defines these definitions and illustrates how the Party is intent on winning international acceptance for them. For example human rights should be understood as everyone’s collective right for Chinese-style economic and social development. And China wants all states to act in harmony with China.

The Belt and Road Initiative is President Xi’s policy to build and enhance ports and transport infrastructures across Asia and Africa, partnering with governments. Hamilton shows that this is nothing more than a front for China’s geopolitical aims. He illuminates the stunning, audacious scope and reach of it. He shows that it’s the centrepiece of China’s efforts to reorient the world around the interest of the Chinese Communist party.

Signatories to the Belt and Road Initiative get access to Chinese grants and loans for developing their infrastructure in return for prioritisation of Chinese civil and military traffic. But the accreditation process requires signatories to accept China’s benevolence, a harmonious globalisation accepting China’s definitions of terrorism, security, human rights and multilateralism. As party insiders confirm, the Initiative is intended to deliver the Party’s geopolitical dominance.

Hamilton makes clear that the pretence that Party and state are separate has been dropped under Xi Jingping. Every business in China, state-owned or private, is monitored and controlled by the Chinese Communist Party.
At last some western states are taking notice of China’s strategy. Until now the consensus has been that you to must engage with it. But this book illustrates that Xi Jingping and his Party’s ambitions are being rumbled. The message is convincing. Don’t be fooled by talk of global harmony, or access to the world’s second-biggest market. The Chinese Communist Party strategy is to create a world in which Chinese enlightenment values are primary.
Read more
20 people found this helpful
Report abuse

Codexy
2.0 out of 5 stars Put off in the Preface....
Reviewed in the United Kingdom on 4 July 2020
Verified Purchase
Effective opposition? elections that change government? courts that are largely independent? diverse media, critical of government, thriving civil society....against injustice. I am not sure I can agree with much of this.
Read more
17 people found this helpful
Report abuse
See all reviews
Back to top
Get to Know Us
Make Money with Us
Let Us Help You
And don't forget:
© 1996-2021, Amazon.com, Inc. or its affiliates