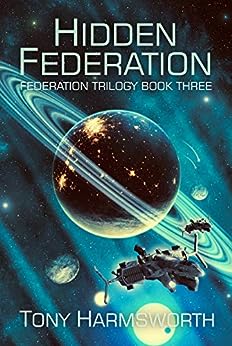 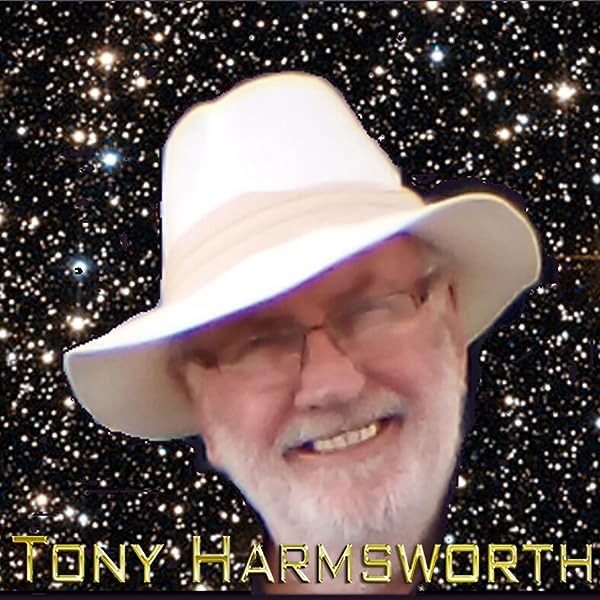 Brian. S. Olsen
5.0 out of 5 stars Science Fiction
Reviewed in Australia on 6 August 2020
Verified Purchase
This is an excellent series in three books and well written by Tony Harmsworth. I enjoy Tony's easy style of writing. It's easy to read and flows well.
Read more
Helpful
Report abuse

Colin F. Pain
5.0 out of 5 stars A fine end to a great trilogy
Reviewed in Australia on 5 July 2020
The Galactic Federation consists of many worlds and their alien (to us) populations. Faster-than-light travel is standard. Because of the development of very advanced artificial intelligence, production is carried out almost exclusively by robots, and medical problems have more-or-less disappeared. All Federation citizens receive the same generous salary – quite enough for a comfortable life. Citizens can work if they want and are free to travel and follow their interests. The citizens who lead do so because they want to. No-one can accumulate large wealth or power. Apparently, this was all too much for some readers of the first two books, who thought the whole Federation set up was too close to their perception of socialism/communism. But as the author says, it is a work of speculative science fiction, not a promotion of any specific political system.

The last book of a trilogy, Hidden Federation describes the situation after Earth, apart from the USA, has joined the Federation. It also presents some highlights of the development of the Federation, including reasons for its political arrangements (for which I have some sympathy). You will need to read the first two books (Federation, and Federation and Earth) to understand this one. I found it a great read that tied up loose ends in a satisfactory way, although I would still like to find out what happens to the USA in this fictional future. I thoroughly recommend all three books in the trilogy.

Kindle Customer
5.0 out of 5 stars The final episode in an amazing trilogy
Reviewed in the United Kingdom on 1 July 2020
Verified Purchase
I have absolutely loved this trilogy and am sorry for it to end. The unique storyline ending with the history of the Federation was compelling reading for me. I loved the idea of stasis as punishment and the way robots were used as a positive influence on society but it wasn't always that way. This final book puts the Federation in perspective and highlights how hard it was to unite people throughout time. Tony always hits on the moral/ethical/political issues in life and weaves them into the story in a skilful manner. His play on words is also a great deal of fun. If you like Sci-Fi which is near to real life, you will enjoy this trilogy.
Read more
Report abuse

Larry
4.0 out of 5 stars Will America Join!
Reviewed in the United Kingdom on 28 July 2020
Verified Purchase
I have never reviewed a book before so please excuse any lack of methodology and I will try to avoid any potential spoilers.
I have always read science fiction and spent many hours in libraries after school devouring old yellow jacketed Gollancz editions of primarily Isaac Asimov and Arthur C Clarke. That was over 50 years ago – I’m still a fan of good science fiction so on to Hidden Federation.
I have greatly enjoyed Tony's take on science fiction and love his up-to-date inclusion of current technologies and current (for now) affairs. My latest purchase was Hidden Federation, the final installment of the Federation Trilogy. I enjoyed immensely the first two books of the trilogy which captures the world as it is without naming some of today's more obvious personalities but I don’t think this was the best of the trilogy. It IS however the essential conclusion and therefore can’t be missed. I really loved Emily’s "historical" tour of the Federation through foundation, moving swiftly past the Empire stage and avoiding the usual traps of tyrannical emperor. I wish I could esponge! A lot if not all the loose ends were mopped up. I did find the book occasionally frustrating when the story jumped from Emily to Rummy to Free America plots and back to Emily etc.. It left me feeling that it was a bit disjointed but necessary for the timeline. The whole trilogy is an excellent take on first contact and quickly develops into an examination of humanities strengths and its many weaknesses – mind you, the Federation had their own episodes as Emily experiences.
So far, I have read most of Tony’s books and will continue to read them until I have exhausted his supply and will then wait impatiently for more!
Read more
Report abuse

Ximen Qing
2.0 out of 5 stars Tony Harmsworthy REALLY NOT SO GOOD!
Reviewed in the United Kingdom on 13 July 2020
Verified Purchase
I love Tony Harmsworty's other books but not this one. It is disjointed and has lost his usual flow. I expected better. Every other book is great except this one. I don't like the way he has tackled the subject and to tell you the truth I gave up at about page 60. I will buy his next book whatever it is.....But this one is a nail.
I've given it two stars because the other books in the series were great.
Read more
Report abuse

Steven Lucas
3.0 out of 5 stars Disappointing
Reviewed in the United Kingdom on 15 July 2020
Verified Purchase
After the action of the first two novels. I was looking forward to more of the same. Unfortunately, this is not it. It's more like a history book now rather than an action-adventure. The loose ends are mostly tied neatly, but as a story is just dies on its feet. Sorry Tony, but this one just doesn't hit the spot like the first two.
Read more
Report abuse

TVR-Andy
4.0 out of 5 stars Good
Reviewed in the United Kingdom on 3 July 2020
Verified Purchase
The last book of a very interesting story. I enjoyed the series overall and would rate all books five star but this book I felt had a dull ending. I is more a history of the Federations founding and Earths assimilation. America of course was consistent in its international dealings ‘America First’.
Read more
Report abuse
See all reviews
Back to top
Get to Know Us
Make Money with Us
Let Us Help You
And don't forget:
© 1996-2021, Amazon.com, Inc. or its affiliates