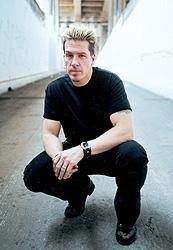 He's Just Not That Into You: Your Daily Wake-Up Call Paperback – Abridged, 1 May 2005

by Greg Behrendt (Author), Liz Tuccillo (Author)
4.2 out of 5 stars 164 ratings
See all formats and editions
Sorry, there was a problem loading this page. Try again.

Everyone can use a daily wake-up call. Now in bite-size mantras, the abridged empathetic wit and wisdom of the number one New York Times bestseller He's Just Not That Into You will recharge and inspire your dating outlook one wake-up call at a time. For ages women have come together over coffee, cocktails, or late-night phone chats to analyze the puzzling behavior of men. Greg Behrendt and Liz Tuccillo are here to say that -- despite good intentions -- you're wasting your time. Men are not complicated, although they'd like you to think they are. And there are no mixed messages. The truth may be, He's just not that into you. He's Just Not That Into You -- based on a popular episode of Sex and the City -- educates otherwise smart women on how to tell when a guy just doesn't like them enough, so they can stop wasting time making excuses for a dead-end relationship. This book knows you're a beautiful, smart, funny woman who deserves better
Read more
Previous page
Next page

Comedian Greg Behrendt was a consultant for three consecutive seasons on Sex and the City. His acclaimed stand-up comedy has been seen on HBO, Comedy Central Presents..., The Tonight Show, Late Show with David Letterman, and Late Night with Conan O'Brien. He lives in Los Angeles with his wife and daughter.

Liz Tuccillo was an executive story editor of HBO's Emmy-winning Sex and the City and has also written for Off Broadway. She is currently living and dating in New York City.
Tell the Publisher!
I’d like to read this book on Kindle

Comedian Greg Behrendt was a consultant for three consecutive seasons on Sex and the City. His acclaimed stand-up comedy has been seen on HBO, Comedy Central Presents..., The Tonight Show, Late Show with David Letterman, and Late Night with Conan O'Brien. He lives in Los Angeles with his wife and daughter.

4.2 out of 5 stars
4.2 out of 5
164 global ratings
How are ratings calculated?
To calculate the overall star rating and percentage breakdown by star, we don’t use a simple average. Instead, our system considers things like how recent a review is and if the reviewer bought the item on Amazon. It also analyses reviews to verify trustworthiness.

P&V
2.0 out of 5 stars Expected more
Reviewed in the United Kingdom on 23 March 2012
Verified Purchase
After being advertised so much I expected a lot more. I didn't think it was going to be an eye opener but at least I expected it to be funny. The way it's written suggests that women are at least stupid. Some comments are ok but overall not a good choice
Read more
One person found this helpful
Report abuse

jea
4.0 out of 5 stars Four Stars
Reviewed in the United Kingdom on 6 May 2015
Verified Purchase
Fun little book to cheer up mate, who is not having much luck in love....
Read more
Report abuse

Jackie Henderson
5.0 out of 5 stars book
Reviewed in the United Kingdom on 28 December 2013
Verified Purchase
this is a great little book and made me laff, some of the things have happened to me are sooo true.
Read more
Report abuse

Amazon Customer
5.0 out of 5 stars Five Stars
Reviewed in the United Kingdom on 14 November 2015
Verified Purchase
A must read
Read more
Report abuse
See all reviews