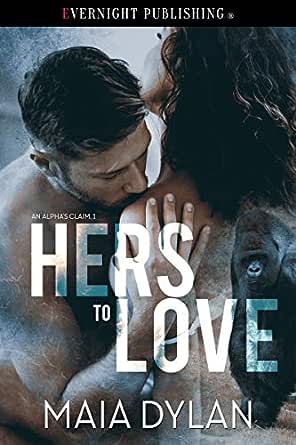 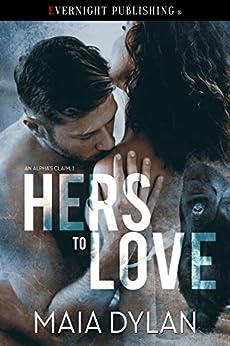 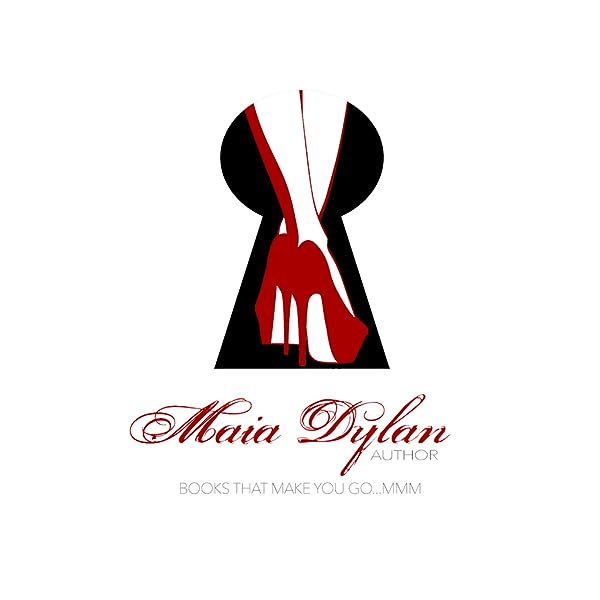 Hers to Love (An Alpha's Claim Book 1) Kindle Edition

Ataahua Hemopo needed to find the man who killed her Grandmother. Thanks to a waking dream, she knew exactly where to find him. He’d stolen something precious from her family, and she was determined to get it back. Killing him as revenge was just an added bonus.

Taika Morgan was not a man easily surprised, but he's stunned when a woman appears out of nowhere on his property, only to press a gun to the back of his head. Not just any woman—his mate. She disappeared into thin air, and he's determined to find her, and prove that she's his.

When he finds her, he sets out to prove they're made for each other, but an evil from her past threatens their new found happiness, and they have to fight just to survive.
click to open popover

Codie Riddell
TOP 500 REVIEWER
5.0 out of 5 stars Loved it!
5 December 2018
Format: Kindle Edition
I loved this book, it's the first gorilla shifter book I've read! Definitely not something I'd have considered reading before, it is awesome to be open minded. The plot was fascinating, it had me hooked until the very end. I loved the mystery.
Read more
Helpful
Comment Report abuse
See all 1 customer reviews
Write a customer review

Mobookworm
5.0 out of 5 stars Made me very happy!!
23 December 2018 - Published on Amazon.com
Format: Kindle EditionVerified Purchase
I hate being brain dead! I loved this story, my only problem is I can never remember names.......maybe why I use George a lot?? Sorry, random thought, lol
But back to this story......it was just right, had excitement, a story I got lost in and some sexy parts to make me even happier!! Only down side was I had to wait for the next one!! Good thing I'm patient!

Fleur W
4.0 out of 5 stars A quick but satisfying read
12 December 2018 - Published on Amazon.com
Format: Kindle Edition
I loved how this book had a connection to New Zealand with Ataahua, Kaea and Nanny-ma. After Nanny-ma is murder her spirit sends Ataahua and Kaea in different directions both thinking they are going to find the man who murdered her, but Nanny-ma had different ideas when it came to Ataahua. Taika knows she is his mate as soon as he sees her but after she literally disappears in from of him he knows he needs to find her and from there she learns more about and Gorilla shifters while he learns there are people after her and her gift. We see if they will work out and see each other as equals and work together to get the bad guys while hoping her brother finds the killer, I only wish we got to see what adventures Kaea got up to!
Read more

Rhonda
5.0 out of 5 stars WOW!!
4 December 2018 - Published on Amazon.com
Format: Kindle Edition
OH wow....Oh wow!!! This was such an awesome story!! I love reading the first books in a new series and this one is GREAT!!! Ataahua and Taika are mates but will have to fight to stay alive. She's hunting the person who killed her Grandmother. At first, she thinks she's found him but then leaves. Taika must find her and convince her they are meant to be together. Drama, intrigue, mystery....it's all here. The book hooked me from the first page and kept me going until the end!!! And wow, I can't wait for the next book. Maia Dylan is a very gifted author and it's always a pleasure to read her stories. On another note, GET THIS BOOK!!!!!
Read more

Karen DiGaetano
4.0 out of 5 stars Action packed and Hot!!! Can't wait for Kaea's story!
22 January 2019 - Published on Amazon.com
Format: Kindle Edition
A mystical new world from Ms. Dylan. Ata has a broken heart and would do anything for her grandmother. I found it funny how she misunderstood her grandmother's message.

I love how Taika could tell that he and Ata were mates when they first met, especially because she wasn't really there. Goes to show you how strong a connection they really had.


Read more
Go to Amazon.com to see all 4 reviews 4.5 out of 5 stars
Get FREE delivery with Amazon Prime
Prime members enjoy FREE Delivery and exclusive access to movies, TV shows, music, Kindle e-books, Twitch Prime, and more.
> Get Started
Back to top
Get to Know Us
Make Money with Us
Let Us Help You
And don't forget:
© 1996-2020, Amazon.com, Inc. or its affiliates