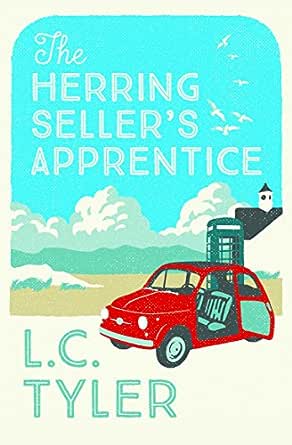 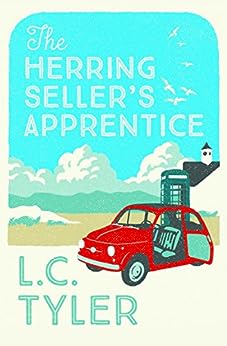 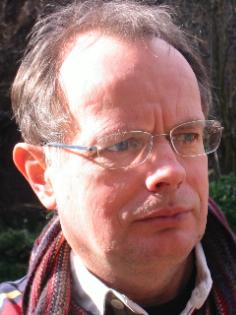 L C Tyler was born in Southend-on-Sea and educated at Oxford and City Universities. He has won awards for his writing, and regularly contributes to national newspapers including The Guardian and the Daily Telegraph. He is the Vice Chair of the Crime Writers' Association and a CWA short story Dagger judge. --This text refers to the paperback edition.

Lady Fancifull
5.0 out of 5 stars Crime fic with a gleeful giggle, not with graphic gore
Reviewed in the United Kingdom on 24 January 2015
Verified Purchase
This wonderfully witty first outing in a series by L.C. Tyler certainly falls into the sub-category of crime fiction now described as `cosy'. I loudly and publicly chortled, whinnied, snickered, giggled and less ostentatiously grinned through this clever, playful, good humoured outing. Though set firmly in the modern era - emails do get a mention - our central character/investigators could quite happily have been travelled back to the 50s.

Ethelred Tressider is a crime writer. Actually, this rather old-fashioned, donnish and endearing individual is 3 writers (with different pen-names) Although he dreamed of being a Booker-winning lit-ficcy type of scribe he happened to write a first novel, featuring a rather plodding but meticulous detective, 2 years away from retirement, which was a fairly runaway success. (sounds a bit familiar?) Twelve novels later his detective has miraculously aged 6 months and acquired an interest in gloomy Norman Church Architecture. Tressider has also started another series, historical crime, (sounds familiar?) set in the time of Richard II, and also (sounds very familiar?) a third, female identity as a doctors-and-nurses romance writer. His no-doubt lantern jawed doctor specialises in oral and maxillofacial surgery.

Ethelred has an opinionated, overweight literary agent with a remarkably bad dress-sense, and an obsessive predilection for low-end chocolate bars. Size and availability matter far more than quality. Elsie is probably the best and most clear sighted chum that Ethelred will ever have. Though she does also keep her beady eyes upon her twelve and a half percent.

When a murder is committed close to Ethelred's home in more ways than one - not only location, but also, the victim is his dead wife, Ethelred is of course one immediate suspect. But rather in the manner of some of those other `cosy writers' (Ngaio Marsh sprung most to my mind, because of the wit in Tyler's writing) the obvious is not the only route. Whilst Ethelred is rather keen to uncover what is going on, it is Ethel (who is the author of some of the chapters) who is most keen - principally because she thought Geraldine, the ex-wife, was a total Bitch. For some reason Ethelred is less keen to have Elsie along as his `herring-seller's apprentice' The title of the book comes from the fact that a crime-writer's major tool-of-the-trade is the liberal use of the red-herring

Full of sassy, witty, sideways pokes of fun at writers, the writing and publishing industry, writer's blocks, crime fiction in particular - including several delicious little forays into well-known writer/book pastiches, this wonderfully light touch outing introduces an investigative pair who will no doubt continue their affectionate, exasperating, bickering relationship in the unmasking of other crimes. Though (whispers) the apprentice, Elsie, on this showing is probably the more efficient investigator of the two.

A Cruel Necessity (A John Grey Historical Mystery)  Look out in a few years' time for the love lives of dentists to make an outing!

....and I've immediately downloaded the next in the adventures of Elsie and Ethelred  Ten Little Herrings . I do hope the others will make it to Kindle!
Read more
3 people found this helpful
Report abuse

Greebo
5.0 out of 5 stars Much, much better than expected
Reviewed in the United Kingdom on 17 June 2020
Verified Purchase
Was expecting just another light hearted crime novel. I have read quite a few enjoyable time wasters of late. But this was in a class of it's own. Funny enough to make you chuckle and light hearted enough so you don't take it seriously but the plot and the twists are as good as any serious crime. And even when I thought I knew the ending the author kept enough back that there could have been another surprise. Yes the characters are a little two dimensional but but otherwise a great book.
Read more
Report abuse

D. Beecher
3.0 out of 5 stars Not for me, but others may like it better.
Reviewed in the United Kingdom on 2 March 2016
Verified Purchase
This is a weird one, because there are two POV's in this book. When it is from Ethelred's point of view, I find it engaging, well done and interesting. The plot is good and well above standard Cozy Crime fare. So about 70% of the book is really quite good.

However Elsie remains a caricature throughout, which is livable with while we are seeing her from Ethelred's point of view. But when we switch to her point of view, it is completely unendurable. Maybe it's a sense of humour thing. I think she is supposed to be funny, it misses the mark with me and I find it offensive. Others for whom it hits the mark might love her, I don't know. In additition I didn't like the ending and how it was handled. So about 30% of the book I find quite bad.

I feel that it is a perfectly good boat which has been holed under the waterline by it's own anchor. Very frustrating.
Read more
Report abuse

JJ
4.0 out of 5 stars Many twists and turns
Reviewed in the United Kingdom on 14 November 2013
Verified Purchase
I enjoyed reading this book. It takes you off on many twists and turns, throws in the odd red herring...or maybe not?
The main characters are a fine mis-matched pair, a writer and his agent.He writes detective novels amongst other things and has more of an eye for a scam and an under-telling of the truth. She is a bit foul mouthed with little good to say about anyone and is a bit of a hoot.
The plot revolves around the disappearance of the author's ex-wife (who his agent thought very little of in the first place). He becomes involved due to their past relationship, while his agent, with her weird fashion ideas, just wants to make sure the ex-wife and her family get what they deserve for the grief they caused him in the past - as she has a little bit of a soft spot for him - and so she become the apprentice.
I will definitely look out for the next one.
Read more
2 people found this helpful
Report abuse

Intheamazone
5.0 out of 5 stars Ethelred & Elsie's First Outing....
Reviewed in the United Kingdom on 11 August 2019
Verified Purchase
The first in the Herring Mysteries and Ethelred and Elsie's first foray into the world of crime. Ethelred, a writer with block, and Elsie, his domineering agent, make an unlikely but joyous duo - a pair of entertaining and likeable protagonists. Laced with wry humour and cleverly written. A thoroughly delicious read.
Read more
Report abuse
See all reviews
Get FREE delivery with Amazon Prime
Prime members enjoy FREE Delivery and exclusive access to movies, TV shows, music, Kindle e-books, Twitch Prime, and more.
> Get Started
Back to top
Get to Know Us
Make Money with Us
Let Us Help You
And don't forget:
© 1996-2020, Amazon.com, Inc. or its affiliates