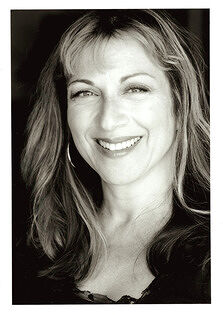 by Cristina Garcia (Author)
4.3 out of 5 stars 17 ratings
See all formats and editions
Sorry, there was a problem loading this page. Try again.

CRISTINA GARCÍA the author of seven novels, including: Dreaming in Cuban--a finalist for the National Book Award--The Agüero Sisters, Monkey Hunting, A Handbook to Luck, The Lady Matador's Hotel, and King of Cuba. Her work has been translated into fourteen languages. García has edited anthologies, written children's books, published poetry, and taught at universities nationwide. She lives in the San Francisco Bay Area.

Sarah T
1.0 out of 5 stars Misleading
Reviewed in Canada on 3 December 2018
Verified Purchase
I bought this hoping to learn more about Berlin, past and present. Didn't happen. Vignettes have different subjects, many of which relate to Cuba! Overall rather confusing and disappointing.
Read more
One person found this helpful
Report abuse

hblnk
3.0 out of 5 stars Superb material but not worked out
Reviewed in Germany on 19 March 2018
Verified Purchase
Obviously influenced by WG Sebald but not as good. The basic material of the narrative is rich, but the structure and language are dead.
Read more
Report abuse
Translate review to English

Rebecca Balcarcel
4.0 out of 5 stars Series of personalities who share WWII survivorship and connections to Cuba
Reviewed in the United States on 22 December 2018
Verified Purchase
This book is a tour through the complexities of WWII Berlin as it affects people from all walks of life. We look back at the machine of war by examining the cogs -- people caught in brutal and morally ambiguous situations. Cuba is a thread that connects this particular cross-section of survivors, and cumulatively, these stories shed light on the Cuba-Germany and Cuba-Russian connections that readers may not have encountered before. A few funny moments and bright spots, plus voice-y characters, keep this book from bleakness, but be prepared to wince and even weep for our species's capacity for cruelty clearly shown here.
Read more
One person found this helpful
Report abuse

Ernesto
5.0 out of 5 stars Brilliant! Her best work.
Reviewed in the United States on 22 February 2019
Verified Purchase
Garcia outdoes herself in this semi homage to Sebald with a wink to Grass. But she goes way beyond that with her trademark lyricism and emotional punch. A novel to be read and reread twice and a thrice. What we mean in fiction workshops when we assert that place too is character.
Read more
One person found this helpful
Report abuse

Mark W. Biolchino
5.0 out of 5 stars What Berlin means yesterday and what the future for the city might be upon reflection
Reviewed in the United States on 7 April 2019
Verified Purchase
The story line move forward and held my interest to the last page.
Read more
One person found this helpful
Report abuse
See all reviews
Back to top
© 1996-2021, Amazon.com, Inc. or its affiliates