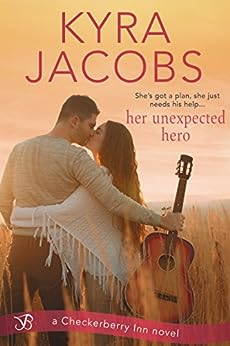 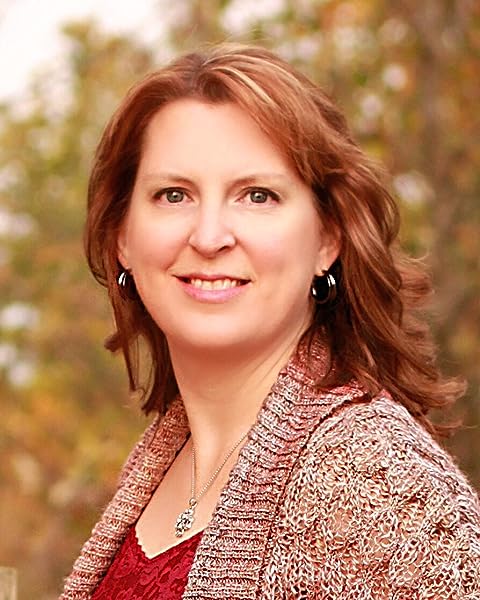 Bec
TOP 500 REVIEWER
5.0 out of 5 stars Best book of this series!
Reviewed in Australia on 20 July 2017
Maddie Frye needs a date, but not one chosen by her matchmaking boss, because she doesn't seem to pick anyone even half decent. So, when she hires the new guy in town to work alongside her in the kitchen at the Checkerberry Inn, Maddie asks him for tips on snagging the guy she wants to take to the inn's upcoming gala. However, she never imagined she'd fall for Cole Granville while he's helping her. Will Maddie be able to convince Cole to give them a shot at happy ever after, or will Cole's past threaten their chance at happiness?

Ms. Jacobs has penned her best story of this series yet in this book where the main characters entertained me from start to finish; the dialogue had me amused due to the heroine's need to improve her chances of achieving a date with the man she wants; and where the secondary characters were just as enchanting as the main ones because they want Maddie to find love just as they have found with their partners. The way this story started had me smiling, as the heroine is lucky to have the friends she does. Friends that are determined to see her happy and aren't above playing matchmaker.

As for the dialogue, it was riveting and had me flipping the pages quickly due to the main characters back stories, especially that of the hero, as the people of the small town where they live aren't very accepting of Cole because of what he's done in his past. Will he find a way to win the townspeople over? Furthermore, the hero is resilient, courageous and I liked how determined he was to follow his dreams, even though he doesn't have it easy. I also liked how the hero handled everything thrown his way and that he had people like his grandfather and the heroine on his side; people willing to support him through thick and thin because he deserves a second chance. Since what he did in his past wasn't his fault. While the heroine, she faces quite a challenge when it comes to landing the guy she wants and I liked that she allowed Cole to help her, even when it was palpable she was falling for the hero. I also liked how determined she was to prove to the hero that his past doesn't define him and how she went about helping him win the townspeople over, instead of allowing the ones causing problems for him to win in their game to force him out of town.

Overall, Ms. Jacobs has penned a wonderful read in this story where this couple's chemistry was strong, the romance on the sweet side and the ending had me cheering for this couple's happy ever after, because Cole will do whatever it takes to win Maddie back, especially after all that she does for him. Talk about taking her by surprise the way he does. However, it was the epilogue that wrapped this story up wonderfully, because of the surprises revealed by various secondary characters that mean big changes for the future. Happy changes. I would recommend Her Unexpected Hero by Kyra Jacobs, if you enjoy the friends to lovers trope or books by authors Victoria James, Jody Holford, Jennifer Shirk and Rachel Harris.
Read more
Helpful
Report abuse

Sara Garrett
4.0 out of 5 stars Sweet and funny romance
Reviewed in Australia on 17 July 2017
This was the first book that I’ve read by Kyra Jacobs and it’s also book three in her Checkerberry Inn series.

I really enjoyed the witty banter that happens between the characters especially between the Inn’s owner, Ruby, and the main female character, Maddie.

Maddie is the chef at the Checkerberry Inn and is an introvert. She’s a lot like many of today’s women where she has low confidence when it comes to herself and when it comes to dating. I really liked that Maddie was such a relatable character.

The town, Mount Pleasant, has an upcoming gala and Maddie is being pressured by Ruby to find a date. She lies and says that she already has one as she has her eyes set on a hunky guy she sees at her laundromat. Only problem is, she has never said a word to him and has no clue how to go about asking him to the gala.

One night, Maddie’s dishwasher has a crisis and bolts out the door leaving Maddie with no one to help her on one of the busiest nights the Inn has seen. She frantically goes in search of help and sees the hardware store delivery guy coming up the drive. Cole Granville, is doing odd jobs around town in the hope of earning enough money to open the shop of his dream. When Maddie asks him if he could help her and wash dishes for the night he snatches the opportunity up.

The friendship that develops between Cole and Maddie is lovely! Maddie feels like she can be herself around Cole and her true personality shines through. They get along so great she asks Cole for some date coaching to help her ask her hunky laundromat guy out. But in the end what happens is that she ends up falling for her coach and not for Tyson, the hunky guy.

The only reason why this book was only 3.5 stars for me was I felt that it dragged on a little too long. The storyline was solid and you see the struggles that Coles go through while trying to get his guitar shop off the ground. It just didn’t flow that well.

Overall though the book was a really nice and sweet romance to read.
Read more
Helpful
Report abuse

Suze Lavender
TOP 500 REVIEWER
5.0 out of 5 stars Sweet and charming
Reviewed in Australia on 21 July 2017
Maddie loves working at the Checkerberry Inn, where she's the chef. Maddie's boss wants to find Maddie a date for the gala they're hosting, but Maddie gets out of it by telling her she has already found someone. When Maddie needs an extra pair of hands in the kitchen one night Cole helps her to manage. In return she does him a favor and he promises to coach her, so she can get a date with the man she's admired from afar for a while. Will the guy Maddie's planning to take agree to accompany her?

Cole needs a second chance. He's moved in with his grandfather and finally has a chance to make his dreams for the future come true. Working for Maddie is fun, but assisting her to score a date for the gala isn't easy. Cole likes Maddie and would love to date her himself. However, Cole's past isn't something he wants to bother Maddie with. Will he ever be free of it and will he eventually get the chance to find happiness?

Cole is a sweet guy. He has a wonderful kind heart and he's incredibly gentle. Maddie is feisty and caring and she makes Cole come out of his shell. They're both adorable and I loved their beautiful personalities. Cole and Maddie are talented and hardworking, but they aren't as successful in life as they could have been, because they've each been damaged by someone in their pasts. They are insecure because of it, but together they're great and I immediately loved their connection. I like stories about true love and Her Unexpected Hero is definitely a good one.

Kyra Jacobs has a fabulous descriptive writing style. I love her smooth and interesting dialogue and her main characters are very special. Her Unexpected Hero is sweet and romantic. Because of the unfairness of what's been done to Cole and Maddie there's a nice layer of depth as well, which gives the story a good balance. Her Unexpected Hero is both charming and entertaining. I loved the endearing ending and really enjoyed reading this heartwarming book.
Read more
Helpful
Report abuse
See all reviews

jspence
4.0 out of 5 stars Pretty good story
Reviewed in the United States on 17 July 2021
Verified Purchase
I have a hard time believing that being in trouble for the First time and his mother having such an extensive rap sheet that he would have been given any actual time as opposed to probation. Everyone has a gun in Texas. Of course his past was central to the story, I’m just not buying it. Other than that I really like the character of Maddie so…I liked it.
Read more
Report abuse

Alvarado
5.0 out of 5 stars Five Stars
Reviewed in the United States on 9 November 2017
Verified Purchase
Great
Read more
Report abuse
See all reviews
Back to top
Get to Know Us
Make Money with Us
Let Us Help You
And don't forget:
© 1996-2021, Amazon.com, Inc. or its affiliates