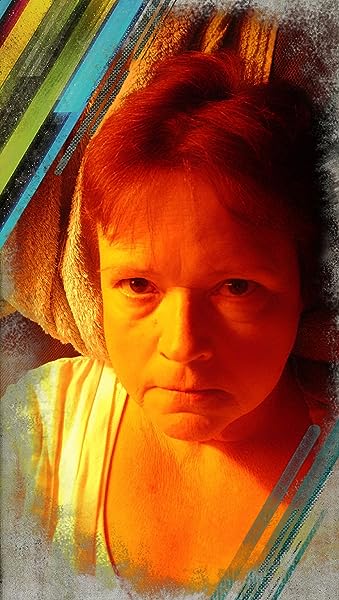 by Dianne Drake (Author)
4.2 out of 5 stars 6 ratings
See all formats and editions
Sorry, there was a problem loading this page. Try again.

The new series from Matilda’s captain Sam Kerr
Discover the new books by Soccer superstar Sam Kerr. Perfect for sports lovers and readers aged 7 and up, the Kicking Goals series is out now. Buy now.
Start reading Her Secret Miracle on your Kindle in under a minute.

REVIEW for SAVED BY DOCTOR DREAMY (June 1, 2017) by Dianne Drake

&quot;What an enjoyable, fast-paced read Ms. Drake has penned in this story about a heroine wanting to become more independent, a hero running from his past and where the plot kept me entertained from start to finish due to the medical challenges these two face, their back stories and their growing relationship...Overall, Ms. Drake has penned a really good read in this book where the chemistry was wonderful, the main characters illustrate really well that opposites do attract, and the ending was gratifying...” Review by Sara@HarlequinJunkie

Dianne Drake was born in Whittier, California to German/French and Scottish/Cherokee parents. Raised in Indianapolis, Indiana, she received her first college degree in music, and her second and third in respiratory sciences and nursing. In her early adult life she worked in the Surgical Intensive Care Unit of the local Veteran's Administration Hospital and, when forced to retire due to a disability, she turned her attention to writing. First published as a consumer writer in magazines such as Family Circle, Woman's Day, Ladies' Home Journal and Better Homes and Gardens, she focused largely on health issues and antiques. In 1999, her first book - A Writer's Guide to Getting Published in Magazines - was published, followed by five more titles for Consumer's Guides and an Antiques Roadshow companion book, Everyday Antiques. In spite of her success as a nonfiction writer and journalist, Drake's desire was to write a romance novel, specifically one for Harlequin Books, as Harlequin romances were the books she'd always read growing up. Her first Harlequin romance novel - The Doctor Dilemma - was published in 2001, and today, Drake keeps herself busy writing several medical romances a year, still for Harlequin. Look for her next two books due out in January, 2018: REUNITED WITH HER ARMY DOC and HEALING HER BOSS'S HEART.

Cecilia camarines haram
5.0 out of 5 stars Family And Love
Reviewed in the United States on 30 June 2019
Verified Purchase
I like this book as a whole Love books w/ babies and of course w/ happy ending. Give 5 stars to this book "Her Secret Miracle ".Erik the the main character showed to us that money is not everything in life.There are more important things n life like the value of family and culture to yourself to your partner and above all to your child.So much emotion in this book .Purchase now and Happy Reading.
Read more
Report abuse
See all reviews
Back to top
Get to Know Us
Make Money with Us
Let Us Help You
And don't forget:
© 1996-2021, Amazon.com, Inc. or its affiliates