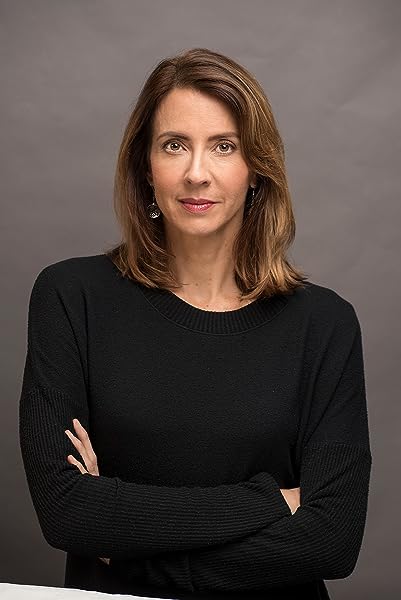 by Robyn Harding (Author)
4.4 out of 5 stars 224 ratings
See all formats and editions
Sorry, there was a problem loading this page. Try again.

Page 1 of 1 Start overPage 1 of 1
Previous page
Next page
Start reading Her Pretty Face on your Kindle in under a minute.

Robyn Harding is the author of numerous books, including the international bestseller, The Party, and The Swap, which was an instant #1 Globe and Mail (Toronto) and #1 Toronto Star bestseller. She has also written and executive produced an independent film. She lives in Vancouver, BC, with her family. Visit her at RobynHarding.com or follow her on Twitter and Instagram @RHardingWriter or Facebook @AuthorRobynHarding.

4.4 out of 5 stars
4.4 out of 5
224 global ratings
How are ratings calculated?
To calculate the overall star rating and percentage breakdown by star, we don’t use a simple average. Instead, our system considers things like how recent a review is and if the reviewer bought the item on Amazon. It also analyses reviews to verify trustworthiness.

Amazon Customer
5.0 out of 5 stars Great read
Reviewed in Australia on 16 February 2021
Verified Purchase
Wow what a great read, first time reader of this author and it won’t be my last. One of those books that had me hooked from the beginning to the end.
Read more
Helpful
Report abuse

Emma
5.0 out of 5 stars A great holiday read
Reviewed in Australia on 3 March 2020
Verified Purchase
I thoroughly enjoyed this novel.
I could not put it down ! Perfect for a holiday read or in my case, I read most of it on a long flight.
Read more
Helpful
Report abuse

Kindle Customer
4.0 out of 5 stars Great read
Reviewed in Australia on 22 February 2021
Verified Purchase
Entertaining, interesting, suspenseful twists. All that you want in a great story. I will be reading more from this author.
Read more
Helpful
Report abuse

KS
4.0 out of 5 stars Couldn't put down
Reviewed in Australia on 12 October 2019
Verified Purchase
Harding's use of characters, memoirs, storylines and interconnected plots made this a great weekend book. Perfect to escape to anytime.
Read more
Helpful
Report abuse

narelle green
4.0 out of 5 stars A bit different
Reviewed in Australia on 15 September 2019
Verified Purchase
Liked the writing style. Good plot. Was easy to read and kept interested in how things were going to unfold.
Read more
Helpful
Report abuse

megan
TOP 50 REVIEWER
4.0 out of 5 stars AN INTERESTING READ
Reviewed in Australia on 25 November 2019
'Her Pretty Face' is quite an addictive, domestic mystery/drama that had me predicting possibilities, at least for a while.

The opening scene sheads light on the key issue - the murder of a teenage girl some years ago. The plot unfolds through several narrators and their stories are connected.

In present time, the main characters, Frances and Kate, befriend each other through their sons' private school. The women are complete opposites, with little in common - Kate being wealthy, beautiful and self-assured and Frances being frumpy, anxious and isolated. Both women have secrets, but only one of them is a sociopathic murderer.

Robyn Harding's writing is strong and well structured. It has a creepy feel at times and I liked the touch of ambiguity she introduces. Finally, the author offers readers the opportunity to reflect on whether people can change and if so, are they entitled to be forgiven?

HPF is an interesting and entertaining read and deserves 4 stars.
Read more
One person found this helpful
Helpful
Report abuse
See all reviews

Gisela
5.0 out of 5 stars Good study group material!
Reviewed in Canada on 17 May 2019
Verified Purchase
This book is a story about friendship, relationships and most of all trusting. It looks at the outer exterior that we all present to the world vs who we really are. How many people do we let "in" to our true selves? It also touches on how we think that we are different and alone when truly we are not. It addresses how our perceptions at different times in our lives can lead to decisions or ideas about our selves that can actually be false. What we feel guilt about can be viewed from a new perception and not be guilt at all. Its a really well written book which can also be read for just some incite into peoples lives. There are actually some wonderful subtle one liners. I really enjoyed it. Its classed as a thriller but I would categorize it as more of a gentle thrill ride. well worth it!
Read more
Report abuse

Amazon Customer
5.0 out of 5 stars Gripping
Reviewed in Canada on 11 January 2020
Verified Purchase
A page turner with a twist! Easy read. Great if you have little kids and want something easy. A bit dark.
Read more
Report abuse

Cindy Black
1.0 out of 5 stars Vile
Reviewed in Canada on 11 September 2018
Verified Purchase
I, like most Canadians, followed the Homolka/Bernardo trial, and was harrowed by the revelations that ensued in the many stories,
my own included. However I READ and researched the gruesome material and took a moral inventory before commencing. I realize this book has a massive publicity machine behind it, and a built-in book club for mouth breathers. But among you, the intelligent, the remembrancers, did you not feel both cheated and disgusted by this trash? One feels she is barely aware of the crimes, at one point naming a benevolent character PAUL. She makes a soccer mom/rape joke that is too sick to repeat and which shows her garish roots as a socmo fluff writer, newly turned to the cash cow that is mauvais fille novels, in the 100th generation Gillian Flynn demotic. This is a story lacking a spine, a purpose or substance. Something to read without thinking as the author appears to have written it that way. As she thanks all of her almost grotesque engine of alliances in the afterward, having done interviews stating the book is about Homolka, nowhere does she acknowledge using Nick Pron’s research, or more gravely, the LIVING FAMILIES of the victims she trivialized as she dashed off chapters between the odd google. Boring, insipid filth. And yes, it’s a mystery. Who did it, the scared woman with “big tits” or the sexy one who smashes a hamster to death (something young Homolka did.) Um. The second one? GIVE IT A PASS.
Read more
3 people found this helpful
Report abuse

carilynp
5.0 out of 5 stars Suspense-building, Heart-racing, Page-turning!
Reviewed in the United States on 15 July 2018
Verified Purchase
Two women meet in Robyn Hardy’s novel HER PRETTY FACE. The one who has such low self-esteem and spends all her energy toward her son, thinks it is nearly impossible that the other who is fun-loving, beautiful, totally together could possibly find her worthy of a friendship. The two grow closer by the day as do their two sons, who attend the same school. The school is full of parents whom they cannot relate to and feel ostracized by from day one.

Our protagonist feels that every day is a challenge. While she has a loving and supportive husband, she is hiding a secret that eats away at her, and in turn, she eats to comfort herself. Her new friend seems so carefree. She dotes on her son and has a protective husband. But, she has a daughter who feels neglected. The teenaged daughter seems to be living a life on her own. Unbeknownst to her parents, she is mercilessly teased at school. If only she had some guidance.

The suspense in the book gives way to some serious nail biting. It builds from several directions, your heart is racing, people are not who they seem, and you’re turning the pages as fast as you can.
Read more
16 people found this helpful
Report abuse
See all reviews
Back to top
Get to Know Us
Make Money with Us
Let Us Help You
And don't forget:
© 1996-2021, Amazon.com, Inc. or its affiliates