Her Perfect Mate (X-OPS Series Book 1) and over 1.5 million other books are available for Amazon Kindle . Learn more
Share <Embed> 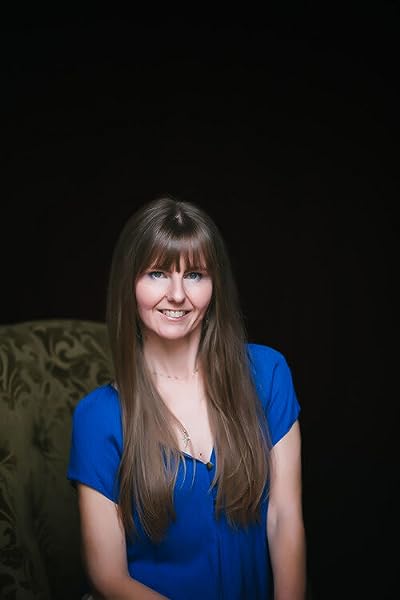 Page 1 of 1 Start overPage 1 of 1
Previous page
Next page
Start reading Her Perfect Mate (X-OPS Series Book 1) on your Kindle in under a minute.

"A must read for anyone that likes a good shifter romance. I will now be eagerly awaiting each new book in the series by Paige Tyler." - I'll Have Another Book

"A wild, hot, and sexy ride from beginning to end! I loved it!" - Terry Spear, USA Today bestselling author of A SEAL in Wolf's Clothing

"An absolutely perfect story-one I honestly couldn't put down. One of the best books I've read in years. I hope this is the beginning of a very long series, because I definitely want more of Paige Tyler's shifters." - Kate Douglas, author of the bestselling Wolf Tales and Spirit Wild series

"Fasten your seat belts! The X-Ops series is going to be a thrilling ride!" - Fresh Fiction

"I love a good paranormal romance and this series has started off with a bang!" - Hopeless in Literature Reviews

"Loved the new spin on shifters... It's unique and completely plausible. I really can't wait to read more stories in this series. It's sure to be a hit with both military romance lovers and paranormal shifter stories." - Cocktails and Books

"Once I began, the outside world ceased to exist. It's exciting and fast paced." - Paranormal Kiss

Paige Tyler is the New York Times and USA Today bestselling author of sexy, romantic fiction, including the X-Ops series, the SEALs of Coronado Series, and the Alaskan Werewolves Series. She and her very own military hero (also known as her husband) live on the beautiful Florida coast with their dog. Visit www.paigetylertheauthor.com.

4.5 out of 5 stars
4.5 out of 5
217 global ratings
How are ratings calculated?
To calculate the overall star rating and percentage breakdown by star, we don’t use a simple average. Instead, our system considers things like how recent a review is and if the reviewer bought the item on Amazon. It also analyses reviews to verify trustworthiness.

jamoz23
TOP 100 REVIEWER
4.0 out of 5 stars A good read with likeable characters.
Reviewed in Australia on 6 March 2018
I have owned the first three books for years and read them when I first bought them. Just sorry I did not write reviews back when I first read this.
A different take on shifters in that these stay human, not able to fully shifted into animals but have strong animal characteristics and abilities.
Ivy was a strong, capable woman with a soft side but she did seem to be a doormat and let men treat her badly in the workplace, not taking her abilities into account and discarding what she had to say. The betrayal by her ex-partner was terrible and I am glad she got justice and retribution.
Landon was a typical special forces testosterone male but he had manners and I liked how he acted like a partner from the start.
Not sure I like the DCO or how they behave to their own people let alone others.
Some good characters in this story and I am sure they will get their own books.
A bit annoying with the mad scientist and shifter DNA modification theme which has been done to death lately but these books predate a lot of the other stuff out there.
Read more
Helpful
Report abuse

Dahrose
TOP 500 REVIEWER
2.0 out of 5 stars Wasted premise - so wanted to like it
Reviewed in Australia on 9 October 2014
The great premise, rocking hot cover and first few chapters sucked me straight into this book and then I hit a wall.
Why was the lead female acting so inconsistently? Where she should be confident and kick ass in her skills she is instead shaky, a little petulant and instead of standing up for herself, lets the men in her life/work walk all over her. It just made no sense.
More annoying was just how fabulous the male lead was... everything he did/said was perfect. (Why must the female character always be the one to make mistakes/muck up?)
Meanwhile our lead female is 'crying' instead of getting angry or righteous. Instead of owning her feelings for the H, she insists she's in heat and never really questions this/ and according to the author being in heat equates to being in love - which no, it doesn't. So the romance element felt strangely one sided and weird.
Even more annoying was the h sinking into her animal nature which only seemed to be a plot device to make her look weak or get her into trouble. Sorry but shouldn't it be the more animal you are the more hyper aware you are of approaching danger? Just made no sense.
I really wanted to like this book but instead it was a bit of a grind to read, the romance unrealistic and the action too little too late.
Read more
Helpful
Report abuse
See all reviews

Kindle Customer
5.0 out of 5 stars Fools, Re assigned and Consequences
Reviewed in the United Kingdom on 8 September 2019
Verified Purchase
Ivy, a feline shifter is on assignment when the former special forces partner, Dave, orders her to stay with the car while he met their contact. Warning him that there is something wrong and then following him to find that both were dead and the attacker was leaving with the items they were there to collect. After losing the equipment, no longer needed and taking the goods, plus Dave's body back to the agency they both work for.

Landon Donovan is on assignment with his team when they are ordered to pull out of the area where they are operating from. He is immediately returned to the U.S. and told that he has been re-assigned.

Unaware of the background to his new assignment at first, with distrust from his new female partner after her last two partners, having to work together as a team. With an idiot deputy director and an evil former East Germany nasty kidnapping scientists with certain knowledge and skills and ending up with a dangerous struggle before all ends well.
Read more
Report abuse

Cathy
5.0 out of 5 stars An exciting and enjoyable read!
Reviewed in the United Kingdom on 19 February 2018
Verified Purchase
What an exciting and enjoyable read! Landon and Ivy are both strong characters, and the way their understanding and trust of each other grows through the book was moving to read. The book gives an original take on shifters. The author refers to them "shifting", but it means gaining the attributes of their animal - heightened senses, teeth, and claws, but not actually turning into the animal. There is a theme to this book which will be taken forward through the series. I can't wait to read the rest.
Read more
Report abuse

Kindle Customer
4.0 out of 5 stars Department of Covert Operations...
Reviewed in the United Kingdom on 3 September 2020
Verified Purchase
What an absolutely amazing book!
Brilliant storyline and great characters. Plenty of action and a bit of romance.
It's a shifter book but not as you've known it written before.
Imagine part shifters and hot , hard army guys...yum 😋!
Found it free and would thoroughly recommend.
Read more
Report abuse

doggymum3
5.0 out of 5 stars Brilliant
Reviewed in the United Kingdom on 13 October 2019
Verified Purchase
Exciting,fast paced action and romance with great characters and lots of twists.This is a brilliantly written story that will be the start of a great shifter series
Read more
Report abuse

Anita
5.0 out of 5 stars Excellent Read
Reviewed in the United Kingdom on 10 January 2018
Verified Purchase
Excellent written book, by excellent writer. A must read very good story as is any book by Paige.
Read more
Report abuse
See all reviews
Back to top
Get to Know Us
Make Money with Us
Let Us Help You
And don't forget:
© 1996-2021, Amazon.com, Inc. or its affiliates