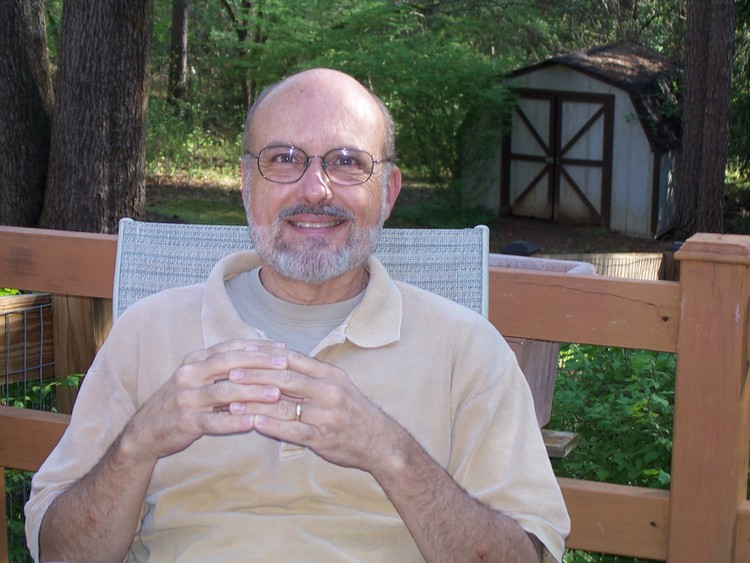 by Steve White (Author)
3.6 out of 5 stars 46 ratings
See all formats and editions
Sorry, there was a problem loading this page. Try again.

Vietnam veteran Steve White is the author of numerous science fiction and fantasy novels including Wolf Among the Stars, St. Anthony's Fire, and Blood of Heroes. With David Weber, White collaborated on Starfire series novels includingand New York Times bestseller The Shiva Option. He's continued the Starfire series with coauthor Charles E. Gannon and others, including latest entry Oblivion. He's also the creator of a series of great time travel adventures featuring tough guy and intrepid agent, Jason Thanou. That series' latest entry is Gods of Dawn.
Start reading Her Majesty's American on your Kindle in under a minute.

3.6 out of 5 stars
3.6 out of 5
46 global ratings
How are ratings calculated?
To calculate the overall star rating and percentage breakdown by star, we don’t use a simple average. Instead, our system considers things like how recent a review is and if the reviewer bought the item on Amazon. It also analyses reviews to verify trustworthiness.

Gerard rooney
1.0 out of 5 stars Drivel
Reviewed in Australia on 27 October 2018
Verified Purchase
I expected a lot more from Steve White who can be a real author when he chooses. This was like a bad James Bond/ Ian Fleming meets Colonel Flandry Paul Anderson Sci Fi spy. Poor plot, character development, obvious and predictable actions coupled with a story that just didn’t tell. I am upset I paid for this when even if i had got this on kindle unlimited I would have felt cheated. It is a dud from beginning to end and I will avoid the inevitable sequels.
Read more
Helpful
Report abuse
See all reviews

Marshall Lord
3.0 out of 5 stars Space Opera set in a future world in which the American colonies never achieved inde
Reviewed in the United Kingdom on 29 October 2019
Verified Purchase
"His Majesty's American" combines science fiction and alternative history: it is set in the late 23rd century of an alternative universe in which the American Colonies never gained independence.

In that future galaxy in which the British Empire is both the most powerful nation on Earth and has a large number of colonies on other planets, Commander Robert Rogers of the British Empire’s Royal Space Navy, an American intelligence officer loyal to the Queen has to deal with a variety of plotters including Islamist extremists, a previously unknown race of hostile aliens, and a conspiracy among citizens of American descent on the distant colony world of Tao Ceti who are determined to re-fight a rebellion which was defeated five hundred years before and not only to throw the British out of Tao Ceti but to force their cousins on the homeworld into a revolt for a cause they have long forgotten.

Most readers with any taste for alternative history will be familiar with the work of Harry Turtledove: one such work in particular has a lot in common with "Her Majesty's American" and that is the masterpiece which Turtledove co-authored with actor Richard Dreyfuss, "The Two Georges." The first obvious difference being that Steve White's novel is set in space some three centuries later.

"The Two Georges" was set in an alternative 20th century, giving Turtledove and Dreyfuss the opportunity for a great deal of fun imagining what might have become of various prominent real-world figures in a Universe where North America was still part of the British Empire, (my favourite was Richard M Nixon as the most prominent used-car salesman in North America.) White has created a space opera set in the galaxy which might have evolved from a world like that of The Two Georges, starting in 2281.

The ideas and concept behind "Her Majesty's American" are clever and interesting and I really wanted to be able to give this book five stars. Unfortunately the problem is with the execution of the ideas, which is far below the best of which this author is capable.

I didn't find this book to be as poor a read as some other reviewers seem to have experienced. But having compared the concept to that of "The Two Georges," which is a superlative book, honesty compels me to add that this one is not remotely in the same league.

Steve White at his best is an excellent writer. Unfortunately when he created the characters, dialogue and parts of the plot of this one, he wasn't writing at his best.

Three stars for the imaginative concept and because I did manage to enjoy reading it. No more than that because Steve White is capable of so much better.
Read more
One person found this helpful
Report abuse

Robin B.
1.0 out of 5 stars What a complete and utter disappointment and waste of money!
Reviewed in the United Kingdom on 18 March 2019
Verified Purchase
A rather disappointing offering. The dialogue is contrived, character interaction is cringe worthy, and most disappointing of all, the plot is not indicative of the author’s previous works. I bought this work on the strength of previous novels, much to my regret and dismay. However, one thing I saw some potential in is the alternate history behind this novel. Despite that however, on balance, this is still a work I would’ve rather not bought. Also, pricing is rather steep. I don’t believe I’ll read anymore future entries in the series.
Read more
Report abuse

Kevin P Kortekaas
1.0 out of 5 stars Not super great
Reviewed in Canada on 15 March 2019
Verified Purchase
I really wanted to like this novel, has alternate history, sci-fi, and a frontier story but it just didn't work. Everything was generic and the characterization of women is pretty terrible.
Read more
Report abuse

James Brooks
4.0 out of 5 stars No comment
Reviewed in Canada on 25 March 2019
Verified Purchase
No comment
Read more
Report abuse

Amazon Customer
5.0 out of 5 stars Great Story
Reviewed in Canada on 12 January 2019
Verified Purchase
Great Story
Read more
Report abuse
See all reviews
Back to top
Get to Know Us
Make Money with Us
Let Us Help You
And don't forget:
© 1996-2021, Amazon.com, Inc. or its affiliates