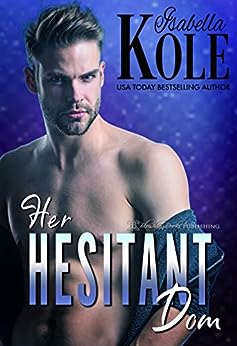 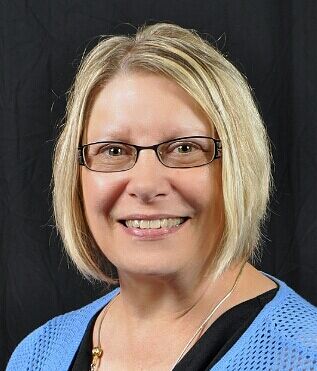 Toni L
TOP 500 REVIEWER
4.0 out of 5 stars Finally
Reviewed in Australia on 24 July 2019
Having read the other books in the Dominant Men series by this author my desire to read Kayla's story has grown with each subsequent book. Finally it was here! Sometimes in books there is the tendency to make everything simple - we want something, we get something - happy! In reality, though sometimes it doesn't quite work out that perfectly. That's why I really liked this story. Kayla was happy to live the vanilla life with Zane until she mentioned her past. Then that's all she can think about. When Zane decides he wants to try it out, all of a sudden Kayla is second guessing herself. This book, like the others in the series can be read completely standalone but you will have more background if you've read some of the previous books. A great read
Read more
Helpful
Report abuse

Suzanne
TOP 1000 REVIEWER
5.0 out of 5 stars Very Entertaining
Reviewed in Australia on 12 August 2019
I enjoyed this very entertaining tale of Karla and Zane as they spice up their marriage with sexy and dominating submissive elements. A great tale to read and highly recommended.

I received a copy of this book via Booksprout and am voluntarily leaving a review.
Read more
Helpful
Report abuse
See all reviews

Redrabbitt
5.0 out of 5 stars HE’S SUDDENLY A DOM
Reviewed in the United States on 20 July 2019
Verified Purchase
From the beginning to the end, Ms. Isabella Kole knocked this one out of the park. OMG, between the amazing characters, their interaction, the people around them, to the change in the relationship from vanilla to D/s and all the new experiences, this was a page-turning tale. While this is the sixth story in the Dominant Men series, it can read well as a stand-alone, or as part of this series.

“All of you—Cora, Audrey, and you—have dominant husbands now. Mine was the hesitant one, but I think he may turn out to be the most dominant of all.”

“You know that old saying ‘be careful what you wish for,’ well, that’s kind of where I am right now. On one hand, I love it. I have missed the lifestyle more than I cared to admit. But on the other hand, I also miss the old Zane.”

Zane took his lessons and training seriously and has proven to Kayla that he can be the dominant she needs. He will set rules and guidelines, including maintenance spankings since he is out of town so much. They will even explore one of the clubs she used to frequent.

“It was definitely a work in progress, she realized. They both had their own issues to work through.” “I can’t explain it, other than I was used to you as my vanilla boyfriend and then my vanilla husband. Now, you’ve become a trained, very dominant man. It’s sexy as hell, but it’s just taking some getting used to.”

“So, every Sunday night, before I leave for the week the next morning, I’m going to give you a maintenance spanking as a reminder to you. Sort of an insurance policy for me that you’ll take care of yourself while I’m way, right?”

The story includes friends and co-workers, and also learning another co-worker is also in a D/s marriage, someone that also goes to the same club. It will have friends able to talk, share, and be supportive of each other. It will have a husband who loves his wife enough to research the lifestyle and add it to their marriage. When Zane does something, he does it right, and he impresses Kayla with his skills and knowledge. Maybe she can have the best of both worlds.

“They had certainly come a long way. She knew that she was secure in their relationship now. She could accept both the vanilla side and the Dom side of her handsome husband. And he had loved her enough to become the perfect Dom for her. It had all fallen into place despite all her uncertainties.”

“It was rough; I’ll have to admit. But it’s all good now. We’re in a really good place. We have the best of both lifestyles.”

The chemistry between Zane and Kayla just sizzles off the pages, and you can’t help but be cheering them on and commending Zane for taking classes so that he can be the best Dom for Kayla. It is a great example of bringing two people together in a very intimate and committed lifestyle. The story does have sensual sex scenes that are not overly explicit. It does have some mild BDSM scenes and spanking. Best of all, it has the sweetest love story and a happy ending.
Read more
Report abuse
See all reviews
Back to top
Get to Know Us
Make Money with Us
Let Us Help You
And don't forget:
© 1996-2021, Amazon.com, Inc. or its affiliates