Henry VIII: King and Court and over 1.5 million other books are available for Amazon Kindle . Learn more
Share <Embed> 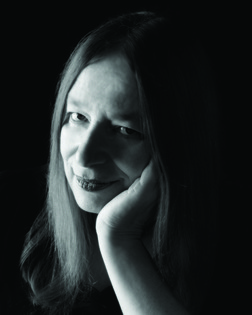 Page 1 of 1 Start overPage 1 of 1
This shopping feature will continue to load items when the Enter key is pressed. In order to navigate out of this carousel please use your heading shortcut key to navigate to the next or previous heading.
Back
Next
Start reading Henry VIII: King and Court on your Kindle in under a minute.

4.6 out of 5 stars
4.6 out of 5
323 global ratings
How are ratings calculated?
To calculate the overall star rating and percentage breakdown by star, we don’t use a simple average. Instead, our system considers things like how recent a review is and if the reviewer bought the item on Amazon. It also analyses reviews to verify trustworthiness.

Guy in Bond Street
1.0 out of 5 stars I'd avoid
Reviewed in the United Kingdom on 13 May 2020
Verified Purchase
This was tedious in the extreme. We're warned at the start that she'll be setting the scene for Henry in the early chapters, but the scene-setting takes about ⅓ of the book, and it's really little more than lists of things. The author loves richness and opulence and silks and furs, but that wears one out after a while. We never get beyond Henry's apparel, his houses, his accoutrements. There's nothing searching, no awkward questions. I mean, he had two wives effectively murdered, his first was cast aside, his fourth abandoned (if, amazingly, left unmurdered). Even his sixth wife had warrant for her arrest drawn up. The man was a monster, and this is not explored. Popular history at its most superficial.
Read more
7 people found this helpful
Report abuse

Sue
3.0 out of 5 stars A book as weighty as it's subject
Reviewed in the United Kingdom on 27 April 2020
Verified Purchase
Everything there is to know about Henry's life and his court is here. I mean everything: what he wore when he married his 2nd Queen, what he ate at the 4th Christmas of g is reign, how many times he advanced in a tilting match in August 1531......etc etc. There is little analysis or focusing only strings of facts and lists of items. So it is quite boring. But I did read it all, skimming through some pages and was eddified to learn about aspects of his administration aside from the drama of the marriages and the split with the European church. The opulence of his spending on buildings, festivities, purchases of jewels clothes and 'things', and his patronage of the arts for propaganda comes across but it would have been more digestible if the context of his reign was explained too. One needs a summary of the previous century to help comprehend why Henry 8th lived like that.

I do not recommend this book but am not sorry that I have read it.

debbie
5.0 out of 5 stars wonderful
Reviewed in the United Kingdom on 7 April 2019
Verified Purchase
I am hooked on alison weir noww. Have bought the six wives, the children of henry v111 elizabeth 1st and recently the lady in tower. I am obssessed with henry v111 as alison weir seems to be. The information about his reign in these books is sooo good. I am just about to start the lady in the tower as i find the ann boleyn story especially fascinating. Recommend all these books
Read more
4 people found this helpful
Report abuse

MRS A BARWICK
5.0 out of 5 stars Tudoriffic
Reviewed in the United Kingdom on 23 October 2017
Verified Purchase
I have just finished this book and didn't want it to end . What a fascinating read , I feel I know so much about Henry Viii ,and his life now . I have been a Tudor fan for a while now and read other books but this one has everything you need to know . From getting crowned right through to his passing . It was quite sad at the end really . I would highly recommend to the Tudor lover .
Read more
4 people found this helpful
Report abuse

Andy Casey
5.0 out of 5 stars Andy's Review
Reviewed in the United Kingdom on 12 August 2019
Verified Purchase
Downloaded this as I like Alison Weir's works and this was a subject that I find interesting. Glad I did - not only did I enjoy all the courtly intrigues, but
I also enjoyed the glimpses of what life was like at the Tudor Court, such as the amount of food the Court got through.