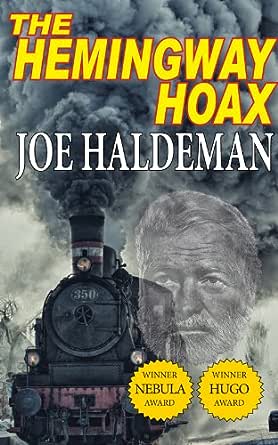 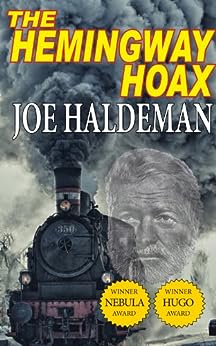 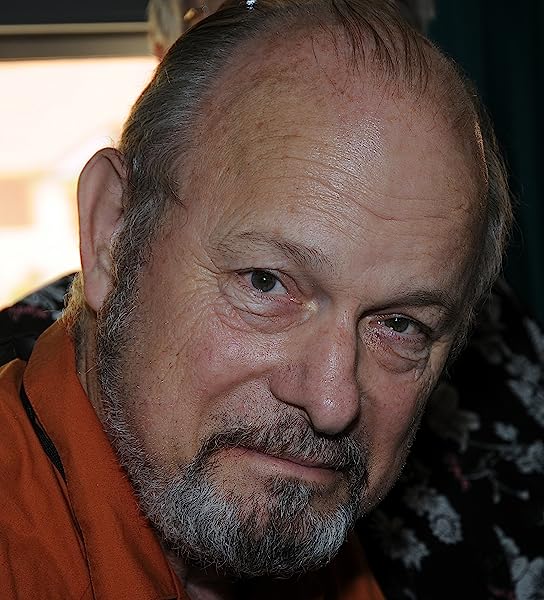 3.9 out of 5 stars
3.9 out of 5
66 global ratings
How are ratings calculated?
To calculate the overall star rating and percentage breakdown by star, we don’t use a simple average. Instead, our system considers things like how recent a review is and if the reviewer bought the item on Amazon. It also analyses reviews to verify trustworthiness.

Cary
3.0 out of 5 stars very confusing and therefore disappointing
Reviewed in the United States on 16 August 2019
Verified Purchase
I loved about 90% of this. The writing was often very clever, the set-up as well. I wondered where it would go.

But I would deeply appreciate if someone would explain the ending. I pride myself on my comprehension abilities, but this one I couldn't make heads or tails of. I looked up explanations and couldn't find a single one. The most people said was that

Baird somehow became an entity - was already an entity? - that somehow absorbed or was absorbed by Hemingway? How? What is the point? I don't understand the following things:

1. Is the world destroyed in 2006 across multiples timelines? Why is it important for it to be? The entities say that it's because other people will be killed if it's not, but I didn't understand that. The idea that it's destroyed by the way because two men got too macho because of Hemingway is absurd - as though they both read Hemingway, as though no men were ever macho before, as though no one else argues for macho-ness, and so on - but I am willing to accept that as playful, if that's the only absurdity.

2. So what or who is Baird? How does he have his powers? At one point he notices that in one timeline, the timeline in which he meets Hemingway as a boy, he gets his eidetic memory only at the point of meeting him, as though the two were joined, but how? How do we know what happens--I see people asserting things, mainly that he creates himself out of Hemingway's trauma, but I don't get how they know from the text itself. How is he tied to Hemingway?

3. What happens at the end? Does Baird become Hemingway (how?) and then write his story and then what? Is the world destroyed or not?

4. Why is his memory important? This seems a critical thing but I don't get why. Surely simply having a good memory wouldn't protect you from the entity supposedly erasing your memory, so why is it so important? At the end, he notably doesn't remember something but I don't see why that's significant.

C. L. Deards
4.0 out of 5 stars Fast paced novella. Well worth the read.
Reviewed in the United States on 16 July 2013
Verified Purchase
I have read almost everything Joe Haldeman has written. As I have mentioned before, I was lucky enough to have him as a professor for the classes Writing Science Fiction and Genre Fiction Workshop at MIT.

Well, I had read almost everything. The Hemingway Hoax is a novella, which is why I hadn't gotten around to reading it. Plus, I thought the story would be about Hemingway, and I wasn't all that interested in reading a story about Hemingway. Still, Joe wrote the story, which means it had to be good, so I gave it go.

What a fast read. True, it's a novella, but Joe's writing is simple, crisp and clean. Whenever I read his stories I am reminded of the pure science fiction writers like Heinlein and Asimov who got their point across without too much fluff. Raymond Carver was the same way. They can write powerful sentences with one or two brushstrokes.

The Hemingway Hoax is about Hemingway, but there is much more to the story: time travel, interdimensional travel, beautiful women, and a main character who experiences different realities for his life while remembering each of the other ones.

I could see some of Joe in John Baird, and at the end of the novella Joe even admits that one of the incarnations of John Baird is based on himself, but personally I think that Joe is in every incarnation of John Baird.

If I have one criticism, it's the ending. The story ended in such a way that I had to re-read it a few times in order to understand what had happened, and I hate when I have to do that, especially when the rest of the story had been so engaging.

Still, a good, fast, short read. Haldeman's writing always whisks me along while spinning a good yarn. That's why I like to read his stories.

If you are going to give Haldeman a try, and I recommend that you do, read The Forever War. It's a novel, but it's short, to the point, and deals with a topic most science fiction writers can't penetrate. War. Joe experienced the Vietnam War, and the grittiness comes through in The Forever War.

AOL Jack
2.0 out of 5 stars Joe missed the boat on this one. Too confusing to figure out for me
Reviewed in the United States on 3 February 2019
Verified Purchase
I like most of Joe Haldeman's books. This one, not so much. The premise of the story is simple, a down on his heels college professor/writer is convinced by a con man to create a counterfeit Hemingway novel which is known to have existed but was lost. But when he starts to work on it he finds himself identifying with Hemingway and can no longer differentiate himself from Hemingway. The story goes back in forth in time and sideways leaving the reader confused and in my case frustrated.
Read more
2 people found this helpful
Report abuse
See all reviews
Get FREE delivery with Amazon Prime
Prime members enjoy FREE Delivery and exclusive access to movies, TV shows, music, Kindle e-books, Twitch Prime, and more.
> Get Started
Back to top
Get to Know Us
Make Money with Us
Let Us Help You
And don't forget:
© 1996-2020, Amazon.com, Inc. or its affiliates