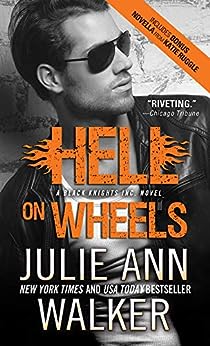 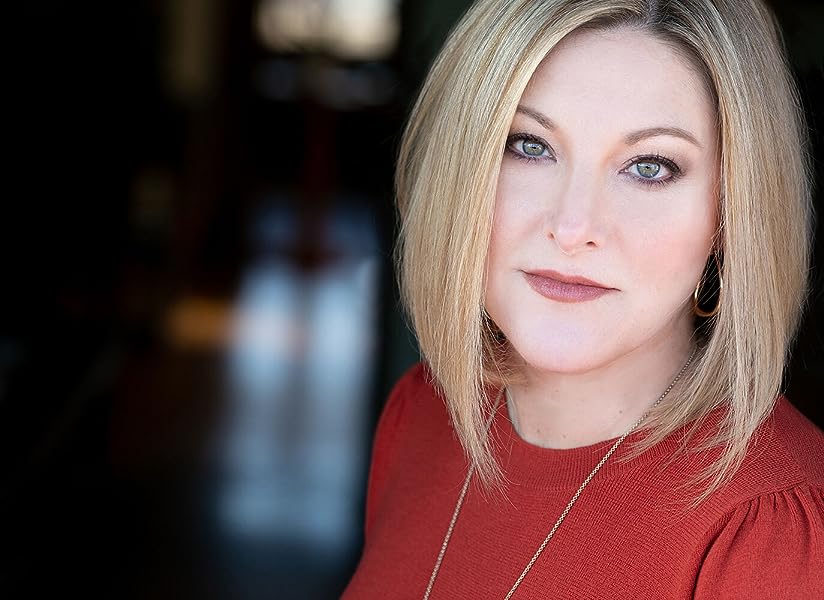 "In her riveting debut, Walker delivers a mystery laced with red-hot romance." ---Publishers Weekly Starred Review --This text refers to an out of print or unavailable edition of this title.

Julie Ann Walker is a full-time author of wickedly sexy romantic suspense novels. Her debut, "Hell on Wheels," marked the beginning of the Black Knights, Inc., series.
Award-winning stage actress Abby Craden works in all aspects of voice-over and can be heard in numerous commercials, animation, video games, and audiobooks. "AudioFile" magazine has awarded her an Earphones Award as well as named her One of 2012's Best Voices. --This text refers to an out of print or unavailable edition of this title.

4.2 out of 5 stars
4.2 out of 5
526 global ratings
How are ratings calculated?
To calculate the overall star rating and percentage breakdown by star, we don’t use a simple average. Instead, our system considers things like how recent a review is and if the reviewer bought the item on Amazon. It also analyses reviews to verify trustworthiness.

Elisa
TOP 100 REVIEWER
4.0 out of 5 stars not a bad story
Reviewed in Australia on 17 May 2018
Verified Purchase
It was a good read, great action decent characters but the girls can do with a but more bite back when it comes to hard headed stubborn alpha a..holes....lol

For a first in a series it was an ok read but didn't jump out at me like others have, I may come back to the series at some point.

David
5.0 out of 5 stars Give this book a go.
Reviewed in Australia on 15 September 2015
Verified Purchase
I loved this story it had action, romance, and a good plot, it also had a good group of character, and best of all it had a great ending and i love good endings. I will definitely read another book by Julie.
Read more
One person found this helpful
Helpful
Report abuse

Maria
2.0 out of 5 stars Long Winded
Reviewed in Australia on 21 August 2015
Verified Purchase
Seriously took way to long to get interesting, I can normally read a book in one sitting.... I stopped at least 4 times as I found it a little boring at times.
Read more
Helpful
Report abuse

purchaser
2.0 out of 5 stars Emotionally leaking heroine is really irritating
Reviewed in the United Kingdom on 5 June 2016
Verified Purchase
The story was OK, but the lead female character fell into the 'too annoying' as well as 'too stupid' to live category. She was sick at every opportunity, throwing up at the sight, smell and mere thought of blood, projectile vomiting from the back of a motorbike (really), and 'blowing her chunks' (who wrote this?) even in the White House. Whether this is meant to be 'klutzy' or endearing, it's not, it's just stupid.

She's also emotionally unstable, unable to go a couple of hours without turning on the waterworks at the slightest thing - she cries like a baby, again at the merest mention of things she hasn't seen or been present at. We know her brother's been killed before the story starts, but she's as emotionally incontinent as a small baby on top of that. She blubbers away so much, she'd be dangerously dehydrated in real life.

And of course, she never does anything sensible, she's always 'trying to help', proving what an alpha female she isn't. So she puts her associates in danger by behaving stupidly and not staying hidden or keeping a low profile. When she's constantly trying to out-macho the male characters she just constantly irritates - I was waiting for her to just fall off the motorbike and into a ditch.

Pity as the setup and writing is good, apart from the annoying whiny toddler the author's saddled the plot with. She's meant to be a kindergarten teacher, but she was more like one of the pupils.
Read more
3 people found this helpful
Report abuse

Kindle Customer
5.0 out of 5 stars 5*
Reviewed in the United Kingdom on 22 October 2016
Verified Purchase
I enjoyed this story. I enjoyed the concept of the Black Knights and the story itself was good and on the whole was reasonably well written.

The heroine was slightly annoying, as they often are in these books. (I do think she probably needs to take medical advice to address the constant projectile vomiting which she inflicts upon everyone on a very frequent basis. She can't be well.)

I'm never a fan of the whole 'trying to get yourself killed because you're too stubborn or stupid to do as the highly trained ex-spec ops soldier says because I'm an adorably plucky kindergarten teacher and I know better' type of nonsense. If anyone needs advice on a strung-macaroni necklace, you're first in line, but leave the retrieval missions and gunfights to the experts and try not to get anyone killed.

I liked Ghost, and am interested enough in some of the other characters that I will probably read more in the series at some point in the future.
Read more
Report abuse

dolfinlady
5.0 out of 5 stars Wow
Reviewed in the United Kingdom on 25 September 2016
Verified Purchase
This was my first book from this author and being as it was with someone new I wasn't sure if I would like the book or not.
I'm not into motorcycle stories but i am into armed forces stories and to be fair this one didn't disappoint. The one thing I liked is this book wasn't just based around the two main characters we learned bit about some of the others as well. And opinion this made a great reason to download the next book in this series, as I read this book then looked on Amazon I see there are currently 8 books in this series with a 9 due out in 2017 it will be a long wait but hopefully worth it if and of the other books I this series are anything like the this on. I've just brought the next two in the series. So I will be looking forward to reading them
Read more
One person found this helpful
Report abuse

Lily
3.0 out of 5 stars Not bad, quick reading
Reviewed in the United Kingdom on 14 October 2012
Verified Purchase
I was surprised by this book, there is some pretty good plot woven throughout the romance and I liked the action even though it was a bit obvious what was going to happen all the time. 'Ghost,' is the strong silent type with lots of buff muscles and big guns, the author explains said guns like she knows what she's talking about and I totally bought it since I know next to nothing about sniper rifles myself. Overall his friendship with Griggs (Ali's now dead brother) was quite touching and the final telling of how he died had me in tears, it was brillantly done. Nate meets Ali again after Griggs has died and she suspects someone is following her, of course she turns to exmarine Nate to help.
I didn't mind Ali, she was a bit weak and conventional at times by being what you expect, however, her reactions to things were hilarious because when someone got shot or she found out something horrible she ended up throwing up all over the place which helped her become a bit more real. After all she's supposed to be a kindergarden teacher!
Overall a good book, lots of fun if you have some spare time and if i could give it an extra half I would :)
Read more
One person found this helpful
Report abuse

Kindle Customer awesome j
5.0 out of 5 stars Black Knights one
Reviewed in the United Kingdom on 6 March 2020
Verified Purchase
Wow excellent book loved it, very good. What a ride was edgy, alpha and downright HOT. First rate thrill ride, one you can not put down. Wow I want the next well and truly hooked . I recommend to everyone to get into this series its fabulous. Thanks
Read more
Report abuse
See all reviews
Back to top
Get to Know Us
Make Money with Us
Let Us Help You
And don't forget:
© 1996-2021, Amazon.com, Inc. or its affiliates