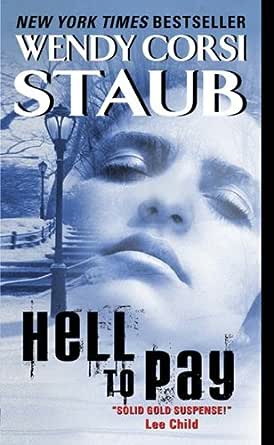 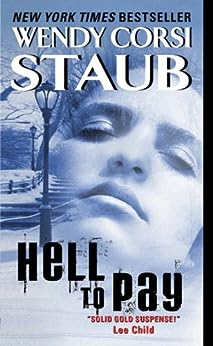 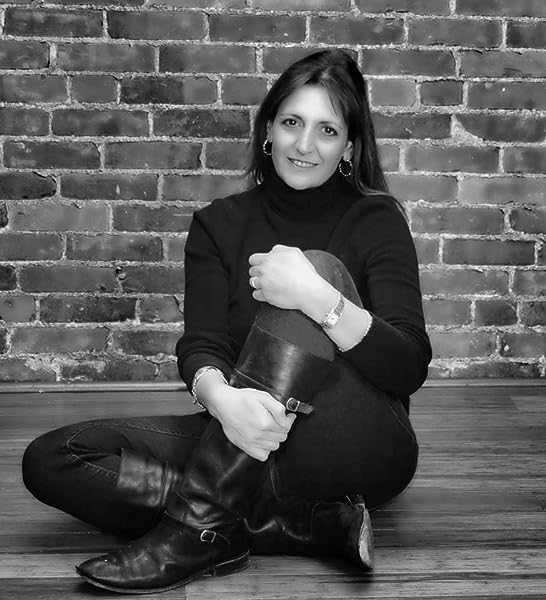 "Staub explores the conflict every parent feels between reasonable care for the safety of their children and paranoia in this compelling, well-crafted suspense novel."--Publishers Weekly

"Scared to Death, like Live to Tell, demonstrates Wendy Corsi Staub's talent for depicting the menace behind everyday events."--Examiner

"A fast-paced, thrilling ride of suspense and terror that will keep readers guessing till the end."--Fresh Fiction

"Solid gold suspense ... this one is a wild ride."--Lee Child

"Each twist and turn is methodical, meant to build anxiety as she cleverly yanks the rug out from underneath."--Shhanon Raab for Suspense Magazine

"The narrative...stands on its own, with Staub's trademark twists, turns, surprises and thrills carrying the day."--Bookreporter.com

"...a gripping, intense novel I could hardly put down. Filled with action, suspense and creepy antagonists, this story had me turning the pages to find out what happens next."--Night Owl Reviews

Superstar thriller writer Lee Child calls the novels of Wendy Corsi Staub, “Solid gold suspense,” and readers who dig into Hell to Pay will discover they’ve hit the mother lode. The third book in Staub’s exceptional suspense trilogy—which she began with the Mary Higgins Clark Award-nominated Live to Tell, and continued with Scared to Death, winner of the Westchester Library Associations Washington Irving Book Award—Hell to Pay revisits two married survivors of an unspeakable childhood nightmare fifteen years later, whose lives are shattered once again by dark secrets and a terrible vengeance unleashed by an unexpected Act of God. Devoted Lisa Jackson and Lisa Gardner fans who have yet to experience the thrilling suspense fiction of Wendy Corsi Staub…now is the time!

Turtledog223
5.0 out of 5 stars Wow! The Best One Yet!
21 June 2015 - Published on Amazon.com
Verified Purchase
Wendy Corsi Staub did it again and she did it so good. Hell to Pay is the third book in this trilogy and it's even better than its predecessors which is saying a lot. I loved the first two in the series and couldn't wait to read the third. Then I couldn't bear to finish it. The characters are so well-developed and because the series spans a couple of decades, I really came to care about the families and didn't want to let them go. This book is filled with suspense and fast-paced action. Like in the second book, I got to about 80% of the book and then the twist came and I gasped. Great twist that I didn't see coming and I'm usually good at that. I wish that Ms. Staub would write more books in this series.so I can find out what happens to the rest of the characters. They are all so interesting. This is my 5th Wendy Corsi Staub book and I just get hooked more and more with each one.
Read more

WestieLover
2.0 out of 5 stars Not Horrible, But I Just Didn't Care How It Ended
26 June 2012 - Published on Amazon.com
Verified Purchase
I usually love Wendy Corsi Staub, but about 1/3 of the way through this book I realized that I simply didn't care what happened to the characters. I tried to continue to plod through it (because I had paid for it), and then I quit (reading is supposed to be for enjoyment, right?). The story moves very slowly, and the character development is too shallow to make up for the slow pace. I have pre-ordered Staub's next book, and I'm hoping for better results.
Read more
7 people found this helpful

Joanne Schmidt
2.0 out of 5 stars Really Hard To Get Through
15 October 2011 - Published on Amazon.com
Verified Purchase
Normally I like this author's books, but I had such a hard time trying to remember the characters from "that former book," and just not able to do it. I don't know if it's been too long since the original book that laid the foundation or what, but other than the names and a few other things, it was like I was reading a different book. I really struggled through this whole book until the ending which was so exciting, I was glad I hung on. Save your money - Don't be disappointed.
Read more
One person found this helpful

MaryA
5.0 out of 5 stars Wonderful series
24 March 2016 - Published on Amazon.com
Verified Purchase
I just finished the Live to Tell series and it was WONDERFUL! A terrific story from beginning to end with many twists and turns that will forever have the reader guessing what will happen next. I'm not usually surprised by much , but the author definitely "got me" a few times! Don't miss it!
Read more

Gini Boswell
5.0 out of 5 stars A Favorite of Mine
28 November 2012 - Published on Amazon.com
Verified Purchase
This author is another favorite of mine. She can make you pay attention fast! I have trouble putting the book down when my husband comes home wanting dinner! But I always try to remember making something in the crock pot! It feels like Christmas when I buy books at Amazon and know they'll be there arriving soon! I always get good quality too, so that's special to me! Thank You!
Read more
Go to Amazon.com to see all 43 reviews 4.1 out of 5 stars
Get FREE delivery with Amazon Prime
Prime members enjoy FREE Delivery and exclusive access to movies, TV shows, music, Kindle e-books, Twitch Prime, and more.
> Get Started
Back to top
Get to Know Us
Make Money with Us
Let Us Help You
And don't forget:
© 1996-2020, Amazon.com, Inc. or its affiliates