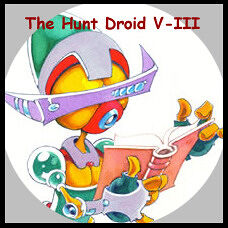 by Stephen Hunt (Author) Format: Kindle Edition
See all formats and editions
Sorry, there was a problem loading this page. Try again.

Something shockingly scary this way comes?

Commander Adella Vega of the Alliance navy - aka Hell-Fleet - is stuck at the dog-end of the galaxy on punishment duty with the Fleet's losers, thieves, and pedantic pen-pushers.

Adella thought that was bad enough. Until large portions of her sector just went dark. Is something big, bad, and particularly nasty now heading her way?

And what does her predicament have to do with the free-trader captain Lana Fiveworlds, her rickety ship, Gravity Rose - and its misfit crew?

Sadly, all their troubles are about to collide and multiply in the most horrific manner since the Vela Supernova Remnant detonated.

Sometimes, the future's so bright you better bring lead-lined shades ... and a rail-cannon or three.

'Hell Fleet' is the 5th book in Sliding Void series. It's a completely stand-alone adventure, not directly linked to the first four books.

Stephen Hunt is the creator of the much-loved 'Far-called' fantasy series (Gollancz/Hachette), as well as the 'Jackelian' series, published across the world via HarperCollins alongside their other fantasy authors, George R.R. Martin, J.R.R. Tolkien, Raymond E. Feist and C.S. Lewis.

‘Hunt's imagination is probably visible from space. He scatters concepts that other writers would mine for a trilogy like chocolate-bar wrappers.’
- TOM HOLT

‘All manner of bizarre and fantastical extravagance.’
- DAILY MAIL

‘Compulsive reading for all ages.’
- GUARDIAN

‘Studded with invention.’
-THE INDEPENDENT

‘To say this book is action packed is almost an understatement… a wonderful escapist yarn!’
- INTERZONE

‘An inventive, ambitious work, full of wonders and marvels.’
- THE TIMES

‘Hunt knows what his audience like and gives it to them with a sardonic wit and carefully developed tension.’
- TIME OUT

‘A ripping yarn … the story pounds along… constant inventiveness keeps the reader hooked… the finale is a cracking succession of cliffhangers and surprise comebacks. Great fun.’
- SFX MAGAZINE

‘Put on your seatbelts for a frenetic cat and mouse encounter... an exciting tale.’
- SF REVU

Book 6 - Voyage of the Void-Lost

Sign up for Stephen's offers and news of his new releases at ... goo.gl/5UHKJC (cut and paste this address into your browser).

Stephen Hunt writes fantasy and science fiction books (with a little steampunk on the side), crime, mystery and thriller novels, as well as horror books (the latter for teens and young adults).

Whatever genre he writes in, Stephen's trademark style is page-turning thrillers, action fiction, high imagination and dollops of sly humour - or possibly humor if you're from North America.

His scifi and crime books are published in English around the world by Gollancz/Hachette, HarperCollins, Tor Macmillan and Green Nebula. Foreign language editions of his novels are available from various publishers in China, Russia, Japan, Germany, Spain, Portugal, France and Brazil. Ebooks are available from Kindle as well as other online retailers, with a selection on Kindle Prime.

His current series are:

The Sliding Void books: an exciting space opera collection (currently a trilogy of novellas) featuring a crew of free traders and galactic misfits on board the starship Gravity Rose. If aliens, robots, androids, cyborgs, scifi romance and high adventure are your thing, this is the megapack for you.

The Vigil novels: a still-expanding boxset of horror thrillers suitable for a teen and young adult audience. When Eleanor Lythe is given as a sacrifice to semi-immortal vampires, the Vigil - the covert branch of the U.S. Secret Service formed to fight the forces of the supernatural - is on hand to cure her and protect her. But save her for just what sort of life?

The Agatha Witchley Mysteries: a spy-fi series of crime and action thriller books. These works feature the dotty and possibly insane retired super spy Agatha Witchley, who thinks she can save the world by communicating with the dead. When a dead billionaire turns up, she gets the chance to either prove her point or be sectioned for life.

The Far-called books: a daring fantasy and scifi series set on the giant world of Pellas. When Carter and his young friends are kidnapped by lizard-like slavers, both those who are taken and those who were left behind discover how far they have to go to stay alive.

The Jackelian books: a fantasy and science fiction series set in a dystopian future where humanity has degraded to a Victorian level of technology. This series - seven books - put space boosters under the steampunk genre. What is left of Britain, the Kingdom of Jackelia, is beset by enemies. Can Molly and the infamous u-boat pirate Commodore Black and their friends survive the intrigues and wars that result?

Stephen maintains his own web site over at www.StephenHunt.net and when he is not writing, he can be found indulging in such interests as cooking, gardening, collecting comic-books, and building his collection of science fiction and fantasy books.

Jim
5.0 out of 5 stars Ok
Reviewed in the United States on 24 December 2019
Verified Purchase
The story was going fine until the very last few pages which made no sense at all. It completely lost me.
Read more
Report abuse
See all reviews
Report an issue
Does this item contain inappropriate content?
Report
Do you believe that this item violates a copyright?
Report
Does this item contain quality or formatting issues?
Report