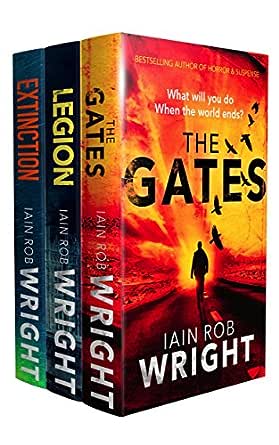 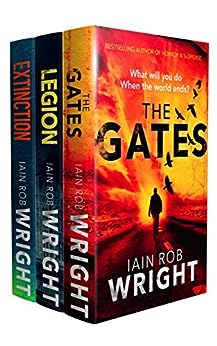 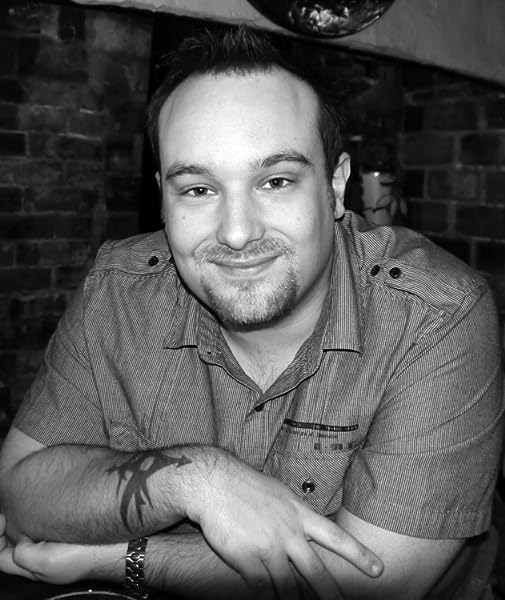 Mankind's extinction is about to begin.

The world's best scientists are baffled when bizarre, immovable black stones appear across the globe, and society spirals into panic when the stone begin to 'wake up'. Bestselling apocalyptic thrills by master of the genre, Iain Rob Wright.

As worldwide anarchy threatens to erupt, United States Coast Guard captain, Guy Granger, sets off on a desperate journey across the Atlantic to rescue his kids, while Mina Magar is a photojournalist forced to take pictures of horrors she could never have imagined. Elsewhere, fading popstar, Rick Bastion, is suddenly forced to fight for his survival, despite wishing he was dead.

Survival instinct isn't so easily ignored, and mankind won't go away quietly, but when the enemy finally reveals itself, all seems lost.

The Hell on Earth series in an epic apocalyptic thriller with breathtaking twists and multiple characters. You'll never see where the story is heading next! Grab the first 3 books together in 1 great boxset and you'll have over 1,000 pages to enjoy.

What Amazon readers are saying...

★★★★★ "Twists and turns as the plot thickens and some fantastic characters."

★★★★★ "A different take on the end of the world apocalypse."

Steven
1.0 out of 5 stars Where’s the rest of it?
18 April 2018 - Published on Amazon.com
Verified Purchase
Purchasing a trilogy, I expected the story to be complete. Instead, it just...stops. It’s an ok story, kinda shallow but entertaining up until the author completely gives up all of a sudden. There are plenty of books where I didn’t like the ending but still didn’t think it was necessarily a BAD ending. But this is like somebody handing you a trilogy after ripping out the last 50 pages of Book 3 and not telling you. The guy just quits. Never seen anything like it or read anything more disappointing. Even on a huge discount I never would have bought this had I known.
Read more
15 people found this helpful

Marie Warnquist
5.0 out of 5 stars There will be more parts so simmer down would yaa
18 September 2018 - Published on Amazon.com
Verified Purchase
These are some of the best books I've read, Its starts with mysterious black stones popping up all over the world and then all hell breaks loose. I even brought my kindle on a trip to the coast this summer since I couldnt stop reading Hell on earth... What I liked so much is that the story feels fresh and new and I loved every single character, they're never completely good or bad and never boring. Anyone can and will die at any moment, no one is safe even if they're a main character. The end of part 3 really pissed me off cause "someone" forgot to mention that there will be more parts and I desperately wanted to read the rest of the story. Hell on earth would make an awesome tv-show if someone would make the effort to adapt it (Netflix, HELLO! Make it happen).
Read more
2 people found this helpful

Colum Dillon
3.0 out of 5 stars Good read
8 April 2018 - Published on Amazon.com
Verified Purchase
I enjoyed these 3 books but I have to be honest book 2 was not really need it felt a bit like a filler and book 3 doesn’t finish to well it had too many unanswered plot lines I felt very disappointed with the lack of an ending it felt like there was going to be a book 4 but it wasn’t enough of a plot to deserve one.
In fact it felt like one of those tv show that was canceled before the ending

sharon
5.0 out of 5 stars A very good set of books
27 September 2018 - Published on Amazon.com
Verified Purchase
I really enjoyed reading The Gates Saga. The books have all of what I want in apostalyptic book. It starts with action that never stops and it gives you a views from different people. I loved how he shows the way people first reacted and how so many of us can become heroes. He even included a fallen angel as a hero. I now need to find the rest of the series. There was also a short novella showing a different ending of the world. Pick up this set if you enjoy these types of books. You won't regret it.
Read more
One person found this helpful

R. Camp
3.0 out of 5 stars Demons from the depths
13 June 2018 - Published on Amazon.com
Verified Purchase
While I enjoyed the plot and the unfolding story with cuts back and forth to the groups of survivors/fighters, there were lots of problems with lack of good editing. Often a Chief Petty Officer was addressed as "Chief Petty' and I never heard that in my 4 years in the service and while they were on board the ship and one of the characters fell to the deck it was referred to as the "ground". So maybe these are simply "petty" problems but they were too numerous to overlook. As the unfolding events are primarily in the UK, I had to adapt to the local tongue for understanding of names they would use for what us Americans call by another name. Otherwise, I found it to be an intriguing book and filled with a lot of action.
Read more
Go to Amazon.com to see all 48 reviews 4.3 out of 5 stars
Get FREE delivery with Amazon Prime
Prime members enjoy FREE Delivery and exclusive access to movies, TV shows, music, Kindle e-books, Twitch Prime, and more.
> Get Started
Back to top
Get to Know Us
Make Money with Us
Let Us Help You
And don't forget:
© 1996-2020, Amazon.com, Inc. or its affiliates