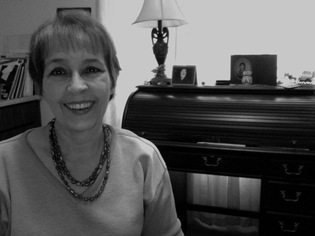 by Donis Casey (Author)
4.8 out of 5 stars 28 ratings
See all formats and editions
Sorry, there was a problem loading this page. Try again.

Some secrets can come back from the grave. - - In the summer of 1916, a big twister brings destruction to the land around Boynton, Oklahoma. Alafair Tucker's family and neighbors are not spared the ruin and grief spread by the storm. But no one is going to mourn for Jubal Beldon, who made it his business to know the ugly secrets of everyone in town. It doesn't matter if Jubal's insinuations are true or not. In a small town like Boynton, rumor is as damaging as fact. - - But as Mr. Lee, the undertaker, does his grim duty for the storm victims, he discovers that even in death Jubal isn't going to leave his neighbors in peace. He was already dead when the tornado carried his body to the middle of a fallow field. Had he died in an accident, or had he been murdered by someone whose secret he had threatened to expose? There are dozens of people who would have been happy to do the deed, including members of Jubal's own family. - - As Sheriff Scott Tucker and his deputy Trenton Calder investigate the circumstances surrounding Jubal's demise, it begins to look like the prime suspect may be someone very dear to the widow Beckie MacKenzie, the beloved music teacher and mentor of Alafair's daughter Ruth. Ruth fears that the secrets exposed by the investigation are going to cause more damage to her friend's life than did the tornado. Alafair has her own suspicions about how Jubal Beldon came to die, and the reason may hit very close to home.
Read more
Previous page
Next page

''A huge tornado brings unexpected trouble to the people of Boynton, Okla., in Casey's excellent seventh Alafair Tucker mystery . . . As the action builds to a surprising denouement, Casey provides an engaging portrait of the close-knit society that was commonly found in the rural Midwest at the time. Alafair Tucker, her large family, and their friends are a pleasure to spend time with.'' --Publishers Weekly (starred review)

Donis Casey is a third-generation Oklahoman. She and her siblings grew up among their extended family on farms and in small towns. She earned degrees from the University of Tulsa and Oklahoma University and has worked as a teacher and academic librarian. She now lives with her husband in Arizona.
Start reading Hell With the Lid Blown Off on your Kindle in under a minute.

Donis Casey is the author of five Alafair Tucker Mysteries, The Old Buzzard Had It Coming, Hornswoggled, The Drop Edge of Yonder, The Sky Took Him, and Crying Blood (Feb. 2011). She has twice won the Arizona Book Award for her series, and been a finalist for the Willa Award and the Oklahoma Book Award. Her first novel, The Old Buzzard Had It Coming, was named an Oklahoma Centennial Book.

While researching her own genealogy, she discovered so many ripping tales of settlers, soldiers, cowboys and Indians, murder, dastardly deeds, and general mayhem that she said to herself, “Donis, you have enough material here for ten books.” The resulting historical mystery series, set in Oklahoma in the booming 1910s, features the sleuthing mother of ten children.

Donis is a former teacher, academic librarian, and entrepreneur. She was born and raised in Tulse, Oklahoma, and now lives in Tempe, AZ, with her husband, poet Donald Koozer.

Lover of Books
5.0 out of 5 stars Wonderful addition to the series!
Reviewed in the United States on 3 July 2014
Verified Purchase
Donis Casey has done it again with "Hell With the Lid Blown Off". Spending time with the Tucker clan is one of my favorite activities, and although this one doesn't give us the usual dose of Alafair, the storyline is so wonderful and well-written that I didn't feel a bit cheated. As with all Ms Casey's books, I felt as though I were there with the family, this time through the terror and ensuing hardships of Oklahoma weather, and I enjoyed getting to know a few of the characters better. My only complaint is that now that I've finished it I won't have another one to read for quite a while. Do you think you could manage two a year, Ms. Casey?
I began this book by re-reading the entire series, and it added much to the pleasure of this latest Alafair Tucker story.
Read more
Report abuse

Ann I. Goldfarb
5.0 out of 5 stars Loved the format - Before
Reviewed in the United States on 15 July 2014
Verified Purchase
Donis Casey has outdone herself with her latest Alafair Tucker mystery. Loved the format - Before, During and After. Held on to my seat during her description of the tornado. Not the usual descriptions we've come to expect from Weather.com Hers are clearly the physical and emotional aspects. Kudos, Donis!

Most impressive for me was the shifting POV that worked seamlessly in this novel. Usually there are "stops" as "goes" as different characters tell the story. Not so in this case. Donis has flawlessly managed to weave the plot without a pause. As a reader, I was mesmerized and as an author, I was indeed in awe of her talent!

Auntie Annie
5.0 out of 5 stars An expose of prejudice
Reviewed in the United States on 1 March 2016
Verified Purchase
Another Alafair Tucker book. This one describes a tornado that hits near Alafair's home, damaging property and people. A man is found dead afterward, but the town doctor feels it was murder, not storm injuries that killed him. The man was violent, vindictive, hated, a suspected blackmailer,
and he had recently turned his attentions to one of Alafair's daughters. Add a secondary plot of a man suspected of being gay and the reaction of townspeople to that.
Read more
Report abuse

Pamela
5.0 out of 5 stars Historical Facts are so important
Reviewed in the United States on 4 March 2022
Verified Purchase
Though historical fiction, the facts about the Spanish Flu are a sign of our present day. This should be read by everyone. History matters.
Read more
Report abuse

Amanda S.
5.0 out of 5 stars Donis Casey just gets better and better
Reviewed in the United States on 22 October 2014
Verified Purchase
Donis Casey just gets better and better. You can picture these people and places, they are so well described. Start with her first book, The Old Buzzard Had it Coming, and continue right on through Hell With the Lid Blown Off. You will be so glad you did.
Read more
Report abuse
See all reviews