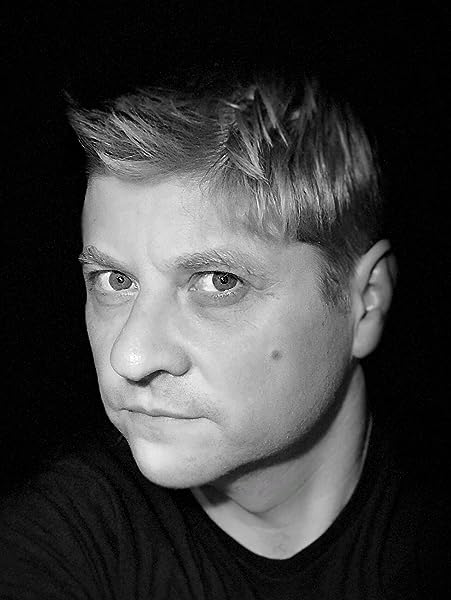 by James Scudamore (Author)
4.2 out of 5 stars 18 ratings
See all formats and editions
Sorry, there was a problem loading this page. Try again.

Page 1 of 1 Start overPage 1 of 1
Previous page
Next page
Start reading Heliopolis on your Kindle in under a minute.

James Scudamore is the author of The Amnesia Clinic, which won the 2007 Somerset Maugham Award and was shortlisted for the Costa First Novel Award and the Commonwealth Writers' Prize. Heliopolis, which was nominated for the 2009 Booker prize, is his second novel. Raised in Brazil, Japan and the U.K, he now lives in London.

Keith Andreetti
3.0 out of 5 stars A long short story
Reviewed in the United Kingdom on 4 September 2013
Verified Purchase
I bought Heliopolis to take with me to Brazil. I was staying for some time in Sao Paulo and thought it might give 'atmosphere'. It is well written and I found it easy enough to stay with it but it never really seemed to go anywhere and it did not feel particularly 'Brazilian'. I think my reservations are threefold.
First the characters...or rather character as there is only really one! I guess that it is in the nature of novels written in the first person that you only really get to know the narrator in any depth, and all the other players are seen through his eyes. That was very much the case with this book. Ludo the main man is interesting and quite likeable but all the other characters, although they have great potential, remain rather sketchy and lacking in complexity.
The second thing is the plot. Yes...there are some happenings in the story and quite a few memories of past happenings, but not nearly enough to fill a full length novel. I never felt 'gripped' in the least and never felt the need to carry on reading to find out what happened next. There is a sort of denouement at the end but not one that I cared much about.
Lastly, as another reviewer has commented, I really did not recognize the city that I was staying in. OK I was living in a relatively quiet working class/lower middle class suburb with a Brazilian friend, and the locals were not helicopter owners or drug dealers like the characters in Heliopolis. Nevertheless as I traveled around the city on local buses, ate in bakeries and drank in bars I found SP to have a very special feel to it that Scudamore does not evoke at all.
The man can definitely write and I am sure he knows SP quite well but this material might have been better condensed into a short story. It is definitely not the great Brazilian novel I was hoping for.
Read more
3 people found this helpful
Report abuse

Jacek Aleksander
5.0 out of 5 stars An awesome, somewhat upsetting story
Reviewed in the United Kingdom on 12 February 2020
Verified Purchase
I recommend this book to anyone interested in Brazil, on a trip to Brazil or just sampling literature from various parts of the globe. Caution: the impressions in the book can be devastating.
Read more
Report abuse

Lance
5.0 out of 5 stars Great assessment of the urban class structure of modern Brasil
Reviewed in the United States on 31 July 2013
Verified Purchase
The title Heliopolis is both a metaphor for the action of the book and gives you perspective on where the characters are placed. The lead character, through whose voice we view the various scenes and people, was born in the Heliopolis favela, which by virtue of its name places it close to the sun (helios). That he has come to this place in his life is very logical and understood through the circumstances that unfold before us. The interactions between the classes is dramatic and really drives how the main characters operate.

Lots of dramatic pull between the haves and have-nots; lots of commentary by each group toward themselves as well as the other sector. Scudamore is a gifted storyteller who presents a whole host of surprises here.
Read more
One person found this helpful
Report abuse

Exchange students rock
4.0 out of 5 stars An identity story
Reviewed in the United States on 22 September 2020
Verified Purchase
Set against the backdrop of extreme income inequality, commenting on the humanity of the marginalized,
And the cavalier mindset of the very rich and powerful
Read more
Report abuse

Agnes V. Wyman
5.0 out of 5 stars Five Stars
Reviewed in the United States on 28 December 2014
Verified Purchase
A real atmospheric tale. Made you feel the heat on every level
Read more
One person found this helpful
Report abuse
See all reviews
Back to top
Get to Know Us
Make Money with Us
Let Us Help You
And don't forget:
© 1996-2021, Amazon.com, Inc. or its affiliates