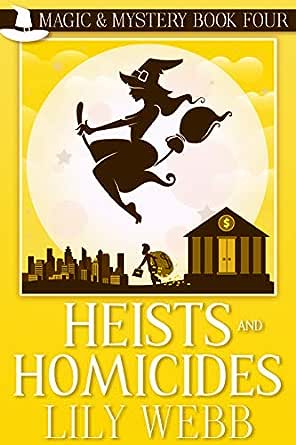 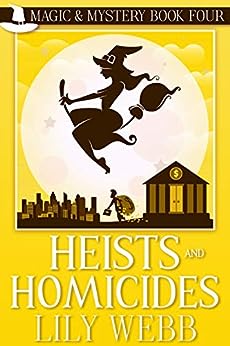 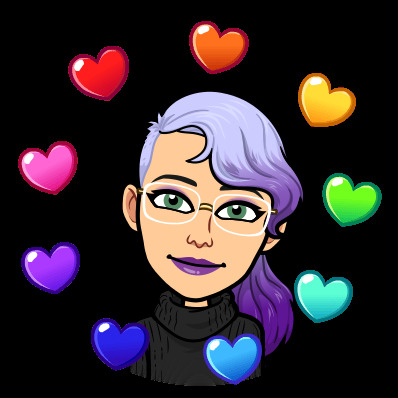 Kindle Customer. maggie
5.0 out of 5 stars Books
Reviewed in the United Kingdom on 15 May 2019
Verified Purchase
Great read
Read more
Helpful
Sending feedback...
Thank you for your feedback.
Sorry, we failed to record your vote. Please try again
Report abuse

Kim L.
5.0 out of 5 stars What is in the bank really?
Reviewed in Canada on 28 May 2019
Verified Purchase
This book is so full of places and things that Zoe ends up taking part in that it hard to put this book down. I was always saying just one more chapter lol. Per usual Lily Webb wrote another amazing story. Don't. miss it.
Read more
Helpful
Sending feedback...
Thank you for your feedback.
Sorry, we failed to record your vote. Please try again
Report abuse

Emily Pennington
5.0 out of 5 stars Tracking Down Clues Again
Reviewed in the United States on 12 April 2019
Verified Purchase
Getting ready to leave work at the Moon Grove Messenger for the day, both Zoe’s phone and computer alerted her to a message from the tip line. It read: “Attn Zoe Clarke: The Bank of Moon Grove is in big trouble. Percy Thornheart knows why.” She didn’t know who Percy was, so she stopped by to see Mitch Harris, her werewolf editor-in-chief, in case he had any information to add. With all the secrecy and the protective spells cast on the bank, no one had been able to investigate previously. But with Zoe’s telepathic abilities, she thought she might be able to do more digging. Percy, she was told, had inherited the bank from his father, and Percy may have a gambling problem – a bad habit for a banker. It was good timing for her to visit them since she could investigate a little while checking about a mortgage to buy a house. Grandma Elle had recently moved to Moon Grove and was staying with Raina, Headmistress of the magical school Zoe attended. Zoe had been staying with her co-worker, Flora Gemwood. Although she didn’t particularly want to share a house with Gram, it would probably be the best choice for both of them.

When Zoe got home, Gram suggested they keep the farm rather than sell it, and get a loan to build a house instead. That way if her parents ever returned to the farm, since they may still be alive, they would at least have a sort of connection to find them. This fits in perfectly with Zoe’s plans to visit the Bank of Moon Grove, this time for a loan rather than a mortgage, and maybe a chance to get close to the staff.

Predictably, when Zoe is involved, things go a little crazy and the bank is robbed. The owner is caught in the crossfire and his murder may be an act of revenge. Zoe is thinking this robbery is an inside job because what robber would hold one of the owners hostage in the vaults, then leave without taking a single coin? Or was there something else of interest? When another robbery happens, Zoe needs to step up her game! There are more than enough suspects, but can she discover the killer before someone else is killed or – even worse -- before she becomes the murderer’s next target?

I love this fun series! The story line will definitely hold the reader’s attention as it races along in this exciting tale! As always, we meet familiar characters and some new ones, and the mystery keeps things hopping in Moon Grove! Zoe is surprised when she finds out more information about her past. Grab your book to see what she discovers and to join the hunt for the murderer!

DANA PRATT
5.0 out of 5 stars She’s got friends and enemies, but now she’s got skills!
Reviewed in the United States on 10 June 2019
Verified Purchase
After a murderous heist at the local bank, Zoe, of course decides she has to find out why. She runs into nefarious casino owners, liars, mad policeman that she may may know more than them and dying paranormals who would do anything to possess an item to make them immortal.
After making things better, she’s now got more information on who her family is.
Read more
Helpful
Sending feedback...
Thank you for your feedback.
Sorry, we failed to record your vote. Please try again
Report abuse